Donald Trump, agent of chaos: His only strategy is to create a crisis and claim to fix it

On border security as on health care, Trump's big play for 2020 is to confuse everyone and create a sense of panic 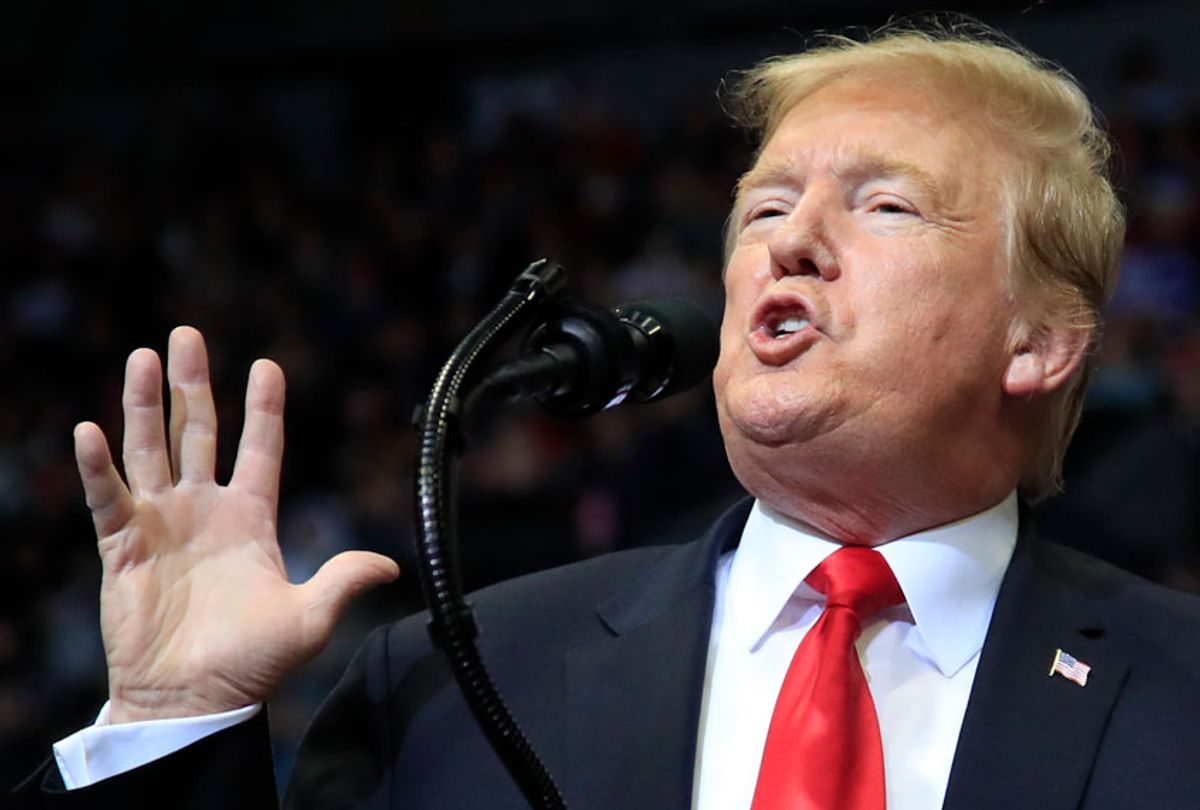 Donald Trump’s declaration during his nomination acceptance speech at the Republican National Convention in 2016 was ostensibly meant to sell the political neophyte as uniquely situated to solve the intransigence that has plagued both parties. But in practice, another Trump tagline — “I love chaos” — has served as the president’s prevalent guidance since his party took huge losses in the midterms.

The administration argues that Central American migrants, apparently undeterred by years of tough talk by Trump, continue to flood the U.S.-Mexico border and have caused an increase of apprehension at the border by more than 30 percent year over year. But those migrants being detained are coming here to seek legal asylum, and would not have been detained under any other presidential administration until Trump's zero-tolerance policy led to the creation of internment camps in Texas.

Acting White House chief of staff Mick Mulvaney on Sunday said that closing the border would allow agents working at legal points of entry to go out and patrol in the desert where there is no wall. That makes little sense to solve the push of migrants, however, because many immigrants deliberately seek to be detained so that they can apply for asylum.

So, yes, Trump is literally creating the border "crisis" with his policies. It's a classic con: Create a problem, and then sell a fix to that problem that allows a leader to consolidate more power. If you get people afraid enough of the problem, the theory goes, they'll be so desperate for your fix that they'll forget that you're the one who created the problem in the first place.

Chaos is a tool used to maintain control. In this particular situation, Trump’s created chaos keeps his allies in the Republican Party and his detractors in the Democratic Party off balance and confused about his plans, allowing him to step in and save the day. “I alone can fix it.”

And even if his latest is merely an idle threat, it serves the same purpose. He can say something like “I’ve closed 96% of the border” and leave open all the border crossings. After all, they are narrow and far apart; they make up very little of the actual length of the border. He can order the border closed, confident that within a few hours a federal court will likely issue an injunction to reopen it. Then, Trump can go to his rallies and rail against the "liberal" courts and Democrats, blocking his plans to protect the country. It's the ultimate troll, which is why he'll do it. For Trump, it’s a political win-win.

As Media Matters researcher Matt Gertz illustrated, Trump’s public calls to close the border came after Fox Business host Lou Dobbs and right-wing pundit Rush Limbaugh, appearing on Fox News’ “Hannity,” implored the president to do as much. It’s an appeal to the base meant to make him look the only man in Washington willing to do something about illegal immigration.

This isn't about only policy, however, it's also about Trump's need for attention.

According to a new poll released by NBC News and the Wall Street Journal on Sunday, 48 percent of voters say they would rather vote for the Democratic nominee over the current sitting president — while a 41 percent say they’d “definitely” or “likely” vote to re-elect Trump. He needs an immigration crisis in order to push that latter number closer to the margin of error.

That’s the only plausible explanation for the State Department's announcement on Saturday that it’s ending support for programs in Honduras, El Salvador and Guatemala that had been expected to cost at least $500 million, including money to support law-enforcement efforts against gangs, all but guaranteeing that the flow of asylum seekers becomes a flood.

Trump’s brand is crisis, and that brand's currency is chaos. The long-term damage being done by making America "great again"  has not yet been fully appreciated. It will take many years to repair.