We don’t know what "Trumpcare" looks like, but even Republican senators want nothing to do with it 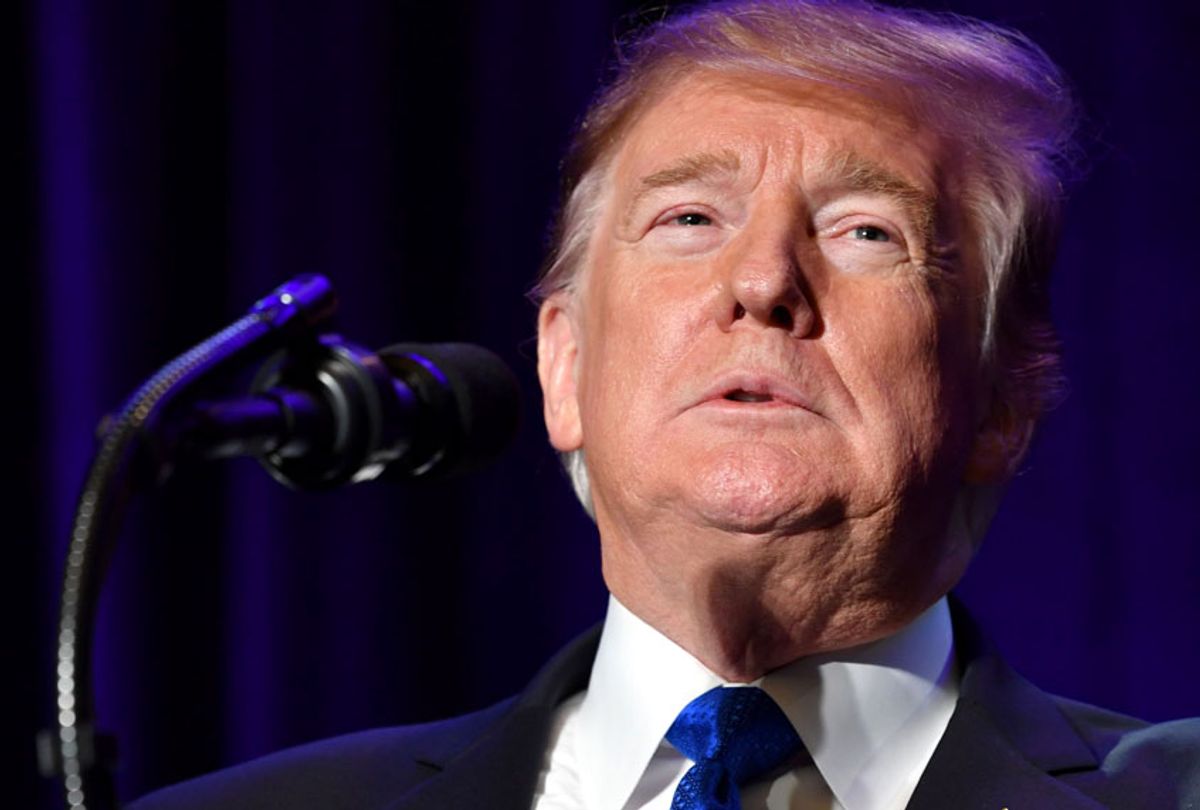 We know that Trump wants Obamacare eliminated. We know that the Trump administration goes out of its way seemingly daily to chip away at the current law. We know that the White House has forced Republicans to shoulder a new campaign to make the GOP the “party of health.”

We know best about what Trump and Republicans want in healthcare by what they oppose. The only thing we don’t know is what Trump considers a good health plan that will at once be cheaper, avoid mandates, be inclusive and allow a sense of deregulation reign rather than federal rules that force behaviors.

For example, Trump doesn’t think that young men should be forced to pay for general healthcare that includes pregnancy coverage, that they should pay only for what they need. In his world, religious employers, from church organizations to private businesses like Hobby Lobby, should not have to pay for coverage that includes contraceptives and family planning. Clearly, he opposes any health spending on institutions like Planned Parenthood who offer general health coverage to women in addition to abortion services.

In general, the president believes in employers offering good health plans to their workers outside of any government intervention, even in a totally deregulated environment. Obviously, he believes that work requirements and citizenship should be requirements for receiving Medicare and Medicaid.

Still, a whole lot of healthcare doesn’t involve reproductive health or citizenship issues. Trump actually never talks about health when he uses the word; it’s another euphemism for politics. His goal for “health” seems to be limited to wiping the name Obamacare from use, even at the cost of eliminating actual healthcare for millions of Americans.

The Washington Post reports that Republicans have no intention of heeding Trump’s demands for a new health-care plan to replace the Affordable Care Act, fearing the potential political damage that such a proposal could cause in 2020 and hoping he will soon drop the idea, according to interviews with numerous GOP officials. Not only is there no such health-care overhaul in the works on Capitol Hill — there are no plans to make such a plan, the paper said.

Senate Republicans, who were caught off guard by Trump’s rapid shift to focus on healthcare last week, said the White House would need to make the first move by putting forward its own proposal. But administration officials said nothing firm is in the works.

The Post noted that Senate Majority Leader Mitch McConnell (R-Ky.) has said publicly that he won’t participate, and neither will Senators Charles Grassley (R-Iowa) or Lamar Alexander (R-Tenn.), whose committees would have to be involved in central roles.

Meantime, in the hallmark of the current political era, the law is being shaped in the courts, where the administration has found itself in court time and time again defending the president’s efforts to overhaul the American healthcare system. Some of it has been bumpy for the administration.

Federal District Court Judge James Boasberg ruled against the Trump administration for approving work requirements on Medicaid programs in Arkansas and Kentucky. Boasberg said that the administration did not consider whether the state programs would meet what he called the core objective of Medicaid: to provide medical care to the needy. More than 18,000 people have lost coverage in Arkansas since the requirements were implemented last summer.

The administration is facing lawsuits for letting employers opt out of providing contraception in insurance plans if they have religious or moral objections. In a separate case, another federal judge has blocked the too-skimpy association health plans that do not cover much. And arguments are expected soon in a case challenging the Trump administration’s approval of short-term health plans, which are cheaper than Obamacare plans but cover fewer benefits and don’t include protections for people with pre-existing conditions, meaning someone with cancer could be rejected for coverage.

After a White House argument last week, the Departments of Justice and the Health and Human Services aligned with a challenge to the whole of Obamacare over a claim that its mandatory nature set taxes, even at zero.

Again, little of this is about health or illness, little is in recognition of poverty, little is about creating a safer America. Rather this is using healthcare as a political cudgel, in this case, to ward off “socialism” as Trump sees it and Democratic foes.