How "Avengers: Endgame" could fail: Not doing right by the "Infinity War" ending 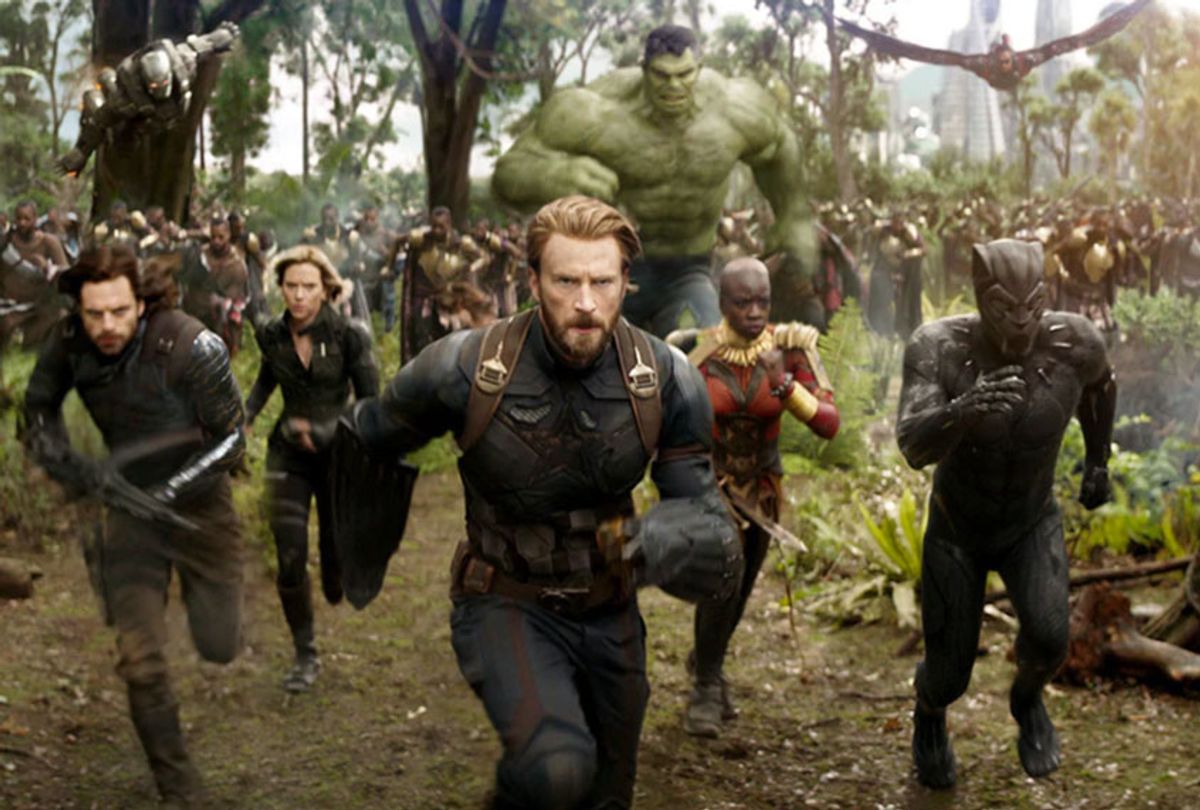 I can't think of a single popular movie in my lifetime that depends so much on fulfilling the promise of a previous film's closing scenes than "Avengers: Endgame."

Plenty of blockbusters promise to tie up cliffhanger endings from their predecessors: The films in the "Lord of the Rings" and "Hobbit" trilogies, the "Star Wars" movies, plenty of previous superhero flicks. But "Avengers: Endgame" is different because the ending of "Avengers: Infinity War" was so iconic in its devastating boldness — and impacted how we will remember the central characters from so many movies that came before it — that the entire film now depends on whether it will deliver on the powerful memory of its predecessor's ending.

Spoiler alert (although I'd be shocked if anyone preparing to see "Avengers: Endgame" doesn't already know this): At the end of "Avengers: Infinity War," the villainous Thanos snaps his fingers while wearing the Infinity Gauntlet and wipes out half of all living creatures in the universe. This includes superheroes like Spider-Man, Black Panther, most of the Guardians of the Galaxy, Dr. Strange, Falcon, Scarlett Witch and Nick Fury. Directors Anthony and Joe Russo showed each of the newly-deceased turn into dust and fly away in the wind — a poignant series of moments that have already been referenced repeatedly in pop culture. For me personally, the most moving scene is of Spider-Man apologizing to Iron Man as the latter cradles the enthusiastic teenager in his arms while watching him turn to dust.

I praise this ending despite my issues with "Avengers: Infinity War" as a whole. I've rewatched the movie and I stand by my initial assessment: Up until the climactic final scenes, it doesn't work because there are too many plot threads competing for attention. While the first two "Avengers" movies were adept at juggling the personalities and storylines of their countless characters and melding them into a single narrative ("Avengers: Age of Ultron" did struggle with this a bit), the third "Avengers" film was frustratingly cluttered and incoherent. Everything seemed to exist not to tell a compelling story in its own right, but to bring the viewers to the moment when Thanos would snap his fingers and that heartbreakingly memorable ending would occur.

But oh, what an ending it was. It was an ending so good that it allows us to erase the forgettable, muddled mess that came before it. It worked because, despite the fact that no one would have cared about these characters' fates had they been introduced in this film, we had a number of other movies before them in which we had grown to love them: Spider-Man, Black Panther, Star Lord, Falcon and all the other characters who turned to dust before our eyes had been introduced to us in previous, better movies before meeting their tragic fate. The quality of those preceding films was enough to sustain the finale of this one.

Similarly, there was something heartbreaking about knowing that the surviving characters will have to live with a terrible failure. It is rare for a superhero movie to end with the good guys not prevailing over the baddies, and even when that does happen it usually takes the form of an ambiguous ending rather than an outright defeat. Yet the failure of the superheroes in "Avengers: Infinity War" is so great, it seemingly eclipses all of their previous victories. Half of the life in the universe is gone because they weren't strong enough, smart enough or united enough to defeat a genocidal madman. A half-baked cosmic Malthusian philosophy has now reshaped all of existence because the good guys lost — badly. Superhero films are supposed to make us feel empowered, and yet few sights in popular cinema have been more profoundly disempowering than watching the surviving heroes at the Battle of Wakanda bow their heads in defeat after Thanos achieves his mission and leaves them in the dust-covered field.

Which brings us to the challenge that "Avengers: Endgame" will face. There is little doubt that most, if not all, of the characters killed off in "Avengers: Infinity War" will be brought back from the dead. Some of them already have planned sequels coming up (Spider-Man, the Guardians of the Galaxy), and even if they didn't, it is inconceivable that the Marvel Cinematic Universe would allow such a grim story development to remain standing. The question, therefore, is how those iconic characters will be brought back from the dead. Will it revive them in a way that is satisfying to the story? If other major characters in the MCU are killed off in "Endgame," will the writers find a way to establish that those deaths are permanent? Can the heroes kill Thanos in a way that sufficiently punishes him for having dealt them the blow of their grandest and most devastating failure?

If the new movie can't answer these questions satisfactorily — especially the first one, about how the heroes killed off are brought back to life — then the iconic final scene from "Avengers: Infinity War" won't stand the test of time. When future moviegoers look back at that moment, they'll cringe from the memory of how the payoff that it built up to simply didn't deliver in the final installment. Similarly, if "Avengers: Endgame" can't deliver satisfying conclusions to the story arcs of the superhero characters we've been following since the beginning of the Marvel Cinematic Universe — Iron Man, Captain America, Thor, the Incredible Hulk and all of their secondary characters — then this movie will be regarded as one of the ultimate letdowns, a spectacular finale that didn't deliver anything substantive beyond the spectacle.

The stakes couldn't be higher for "Avengers: Endgame,"and if the nearly sold-out screenings that I saw when I purchased my early ticket are any indication, they will have one of the largest audiences in history watching to determine whether they will rise to meet them.