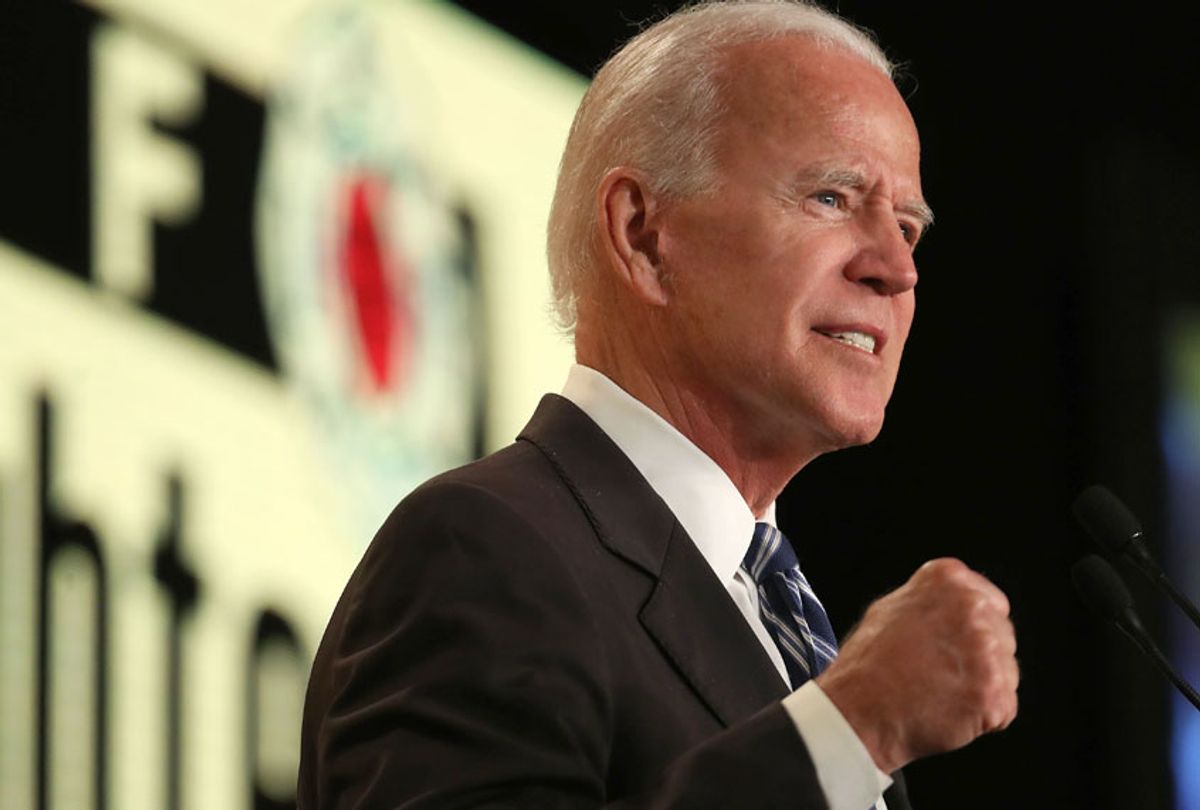 A new poll found that former Vice President Joe Biden is still the clear leader for the 2020 Democratic presidential nomination among registered voters planning on participating in a primary or caucus.

Biden's support among all Democratic primary voters fell from 33 percent last week to 32 percent this week, a change within the poll's margin of error, according to a new survey by Morning Consult. He also saw a one-point increase in his support among voters in the early primary or caucus states of Iowa, New Hampshire, Nevada and South Carolina, which is also statistically insignificant. This is the first full survey taken after several women began to come forward to discuss what they perceived as the former vice president's pattern of inappropriate physical contact. It would appear that the resulting controversy has not had a major impact on Biden's potential candidacy.

Biden has also continued to maintain his support among Democratic women. Thirty-four percent of Democratic women in the Morning Consult poll still identify Biden as their first choice for the party's presidential nomination, which is actually higher than his support among men (although the difference is insignificant). Biden has a large lead among women over 45, while Sen. Bernie Sanders of Vermont, whose support skews younger, leads among women between the ages of 18 and 44.

There's some potential bad news for Biden in the new survey, however. The number of primary voters who say that they hold a "very favorable" view of the former vice president has fallen by six points in the past week, and by 11 points in all since early February. This suggests that the scandal regarding inappropriate touching has taken a toll on Biden's public image, but not necessarily on his level of political support.

After Biden was accused of inappropriate touching by former Nevada legislator Lucy Flores and a number of other women, he released a video addressing the claims without exactly apologizing for them.

He added, "But I’ll always believe governing — quite frankly, life, for that matter — is about connecting with people. That won’t change, but I will be more mindful and respectful of people’s personal space. And that’s a good thing. That’s a good thing."

The Morning Consult poll also had more good news for Pete Buttigieg, the South Bend, Indiana, mayor who has become something of a media celebrity since announcing his presidential candidacy. Although still well behind the leading contenders, Buttigieg hit 5 percent support in the survey for the first time, placing him just ahead of Sen. Cory Booker of New Jersey and just behind Sen. Elizabeth Warren of Massachusetts.