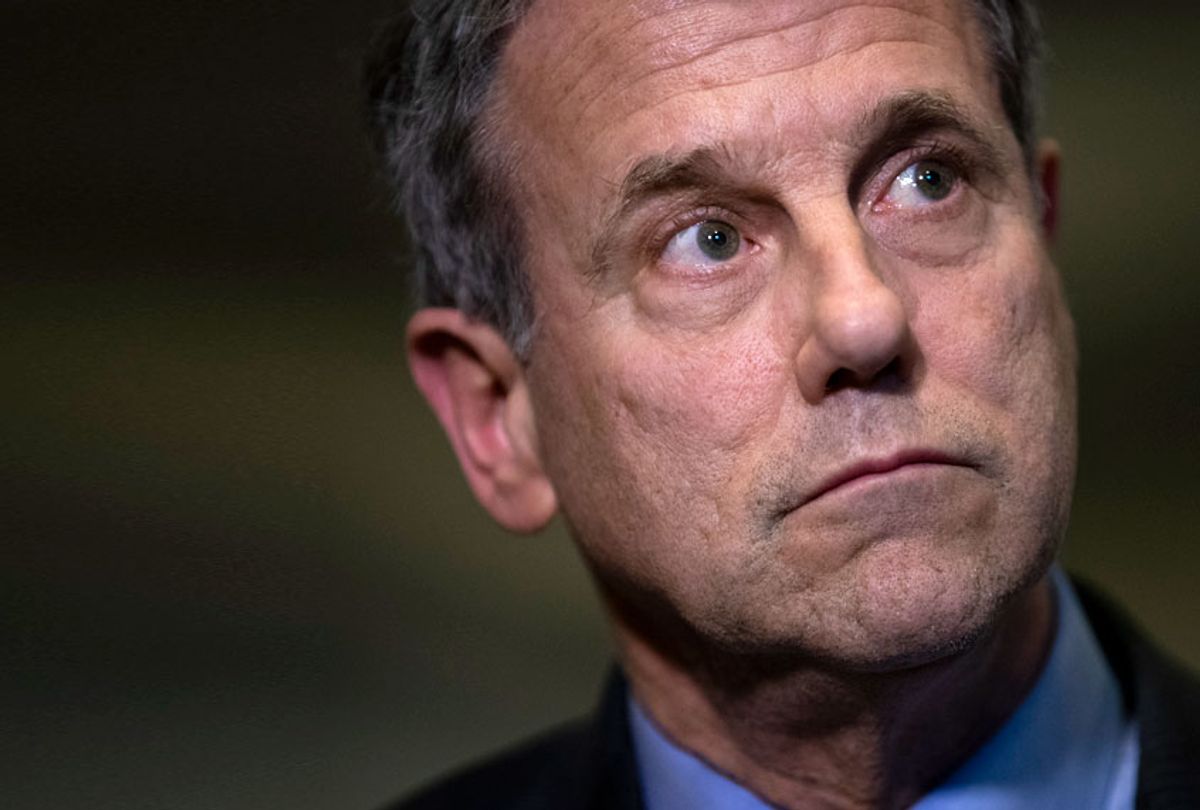 As the Democratic senator from Ohio, Sherrod Brown was widely considered to be a viable contender for the Democratic presidential nomination in 2020. Winning Ohio, after all, is usually essential to winning the Electoral College during a presidential contest. And even though Brown has taken himself out of contention as a presidential prospect, his background as an Ohioan could make him a vice presidential running mate for the eventual nominee — as well as someone whose voice on winning elections ought to be heard.

This interview has been lightly edited for clarity and context.

I'd like to ask you about the current divide that exists, or supposedly exists, within the Democratic Party between liberals and moderates. You have been very successful in Ohio, a purple state, running as an unapologetic liberal. How do you think you are able to pull that off?

First of all, I don't see the divide as great as the media wants to make it out to be. I'll start with that. I think the big D issue is the Republicans moving further and further to the right and following Donald Trump off a cliff with his divisive, racist rhetoric. I mean, that's the issue or the story of the two parties. But I'll still answer the question directly.

I'll use an example: If I go to Zanesville, Ohio, and I don't win, it's an industrial city. There are ten Zanesvilles in Ohio. There's Mansfield, Zanesville, Springfield, Chillicothe, Portsmouth, Lima, Ravenna, cities that are working class cities, racially pretty diverse, some more than others. Globalization has been unkind to all of them, I'll just put it that way. But I do okay in those communities, even though they may not like my position on guns, they may not like my position on choice, and they may not like my 'F' from the NRA, my lifetime 'F,' they may not like it that I've always been pro-choice, they may not like it that I've supported marriage equality for 20 years. But enough of them vote for me because I talk about their kids going to Eastern Gateway or Stark State or Rhodes State. I talk to them about the cost of prescription drugs and how I fought the drug companies. I talk to them about getting access to healthcare and pre-existing ... and protecting them if they have a pre-existing condition.

The question is: Do you talk to them as progressives?

Some won't vote for me. Some will never vote for me because of my 'F' in the NRA. I can live with that. Some of them still won't want me to be their senator. I'll still work hard to help them with their Social Security check or with a problem they have with pollution coming from a local river or something. But you talk to them as a progressive on economic issues. You don't compromise on civil rights, you don't compromise on women's rights. But you can win in those communities.

It's always about, whose side are you on in elections? The people I talk about in Lima or Zanesville or Mansfield, many, many of them understand that I fight for them against a utility company or against a drug company or when their job has been outsourced because of bad trade policy.

My next question involves the concept of the Overton Window. Are you familiar with that idea? Basically, it's an academic framing device arguing that there are certain issues and opinions that are within the mainstream of political discourse, and then there are opinions that are outside of it. For instance, 30 years ago, the idea that same-sex marriage should be legal was outside the Overton Window. Now it's a fact of life. Obviously, it had to ...

So whose this Ms. Overton after whom we're naming this?

The reason I'm bringing this up is, do you think there are issues that are currently edging toward mainstream acceptability, such as those propounded by Bernie Sanders or Alexandria Ocasio-Cortez, that should be more mainstream?

I don't know. I think that ... I don't know. I guess I haven't thought that through. I don't particularly have an answer for that. I think that issues that I believe in, if they're not considered ... I mean, I'm not going to respond in terms of some academic classification. But if an issue — if I think it's right and it's not considered mainstream by people — I try to work to make it mainstream. I think that's what each of those House members and presidential candidates are trying to do. And I applaud any of those efforts that way.

I guess I'd say in my career, one of those would be trade.

My work on trade, I voted against every trade agreement except Jordan [it was a voice vote, so Brown did not emphatically endorse it but also did not actively try to block it]. I was considered by some pretty out of the mainstream, but my position now, particularly among Democrats, is absolutely that. But I've always thought what I've done is mainstream. I don't think you can win elections in Ohio unless you ... and again, I don't see it left or right. I see it as, 'Whose side are you on?' and if you talk about issues in terms of whose side are you on, I'm on your side, I have your back, then, it's seen as mainstream to the voters ultimately.

I guess I, I see what your question is. I don't know that I would even think in those terms of 'these are outside, these will be inside.' I just think of advocating for what you believe in and working to make that, working to educate and make it acceptable. Sometimes, in most of these issues, the public's already there. It's the sort of the media, the kind of ... the 'know-it-alls' here that say that's not what the public's thinking. Well, the public is thinking that way.

Can you give a specific example of that?

Well, I think on trade.

I was always mainstream trade in my mind. And, I think the voters in Ohio, in my only slightly lead Republican Congressional district, at least my first eight years, I think they saw it that way. First ten years, I guess, actually, they saw my positions as Mayor very mainstream. I don't really think in terms of mainstream. I think in terms of whose side are you on and what's right. Because mainstream is such a shifting — you suggest that with the Overton Window — it's a shifting construct and I don't really think in those terms, particularly.

Now, it's interesting you mentioned trade policy, because one of the issues that Donald Trump was able to effectively capitalize on was trade. How can Democrats reclaim that issue for themselves?

Well, it's talking about, it's showing that Trump's ... that Trump has betrayed working-class Americans.

The tariffs, the master negotiations, that China policy, he has not done the sanctions he's worked on. All of those are trade-related, and none has been done well. Some have been — I don't even say if it's well-intentioned or not — but none of it's been done effectively. He's not used allies. He has picked fights with the wrong people. He's not stayed focused on using the tariff in a way that, while some people are not using tariffs in a way that you should, he's never ... I'll put it this way: He's never understood that tariffs are a temporary tool, not a long-term trade policy, and he's never made that much distinction in his mind. Apparently.