Science is "a Democrat thing": Mantra of the Trump administration revealed 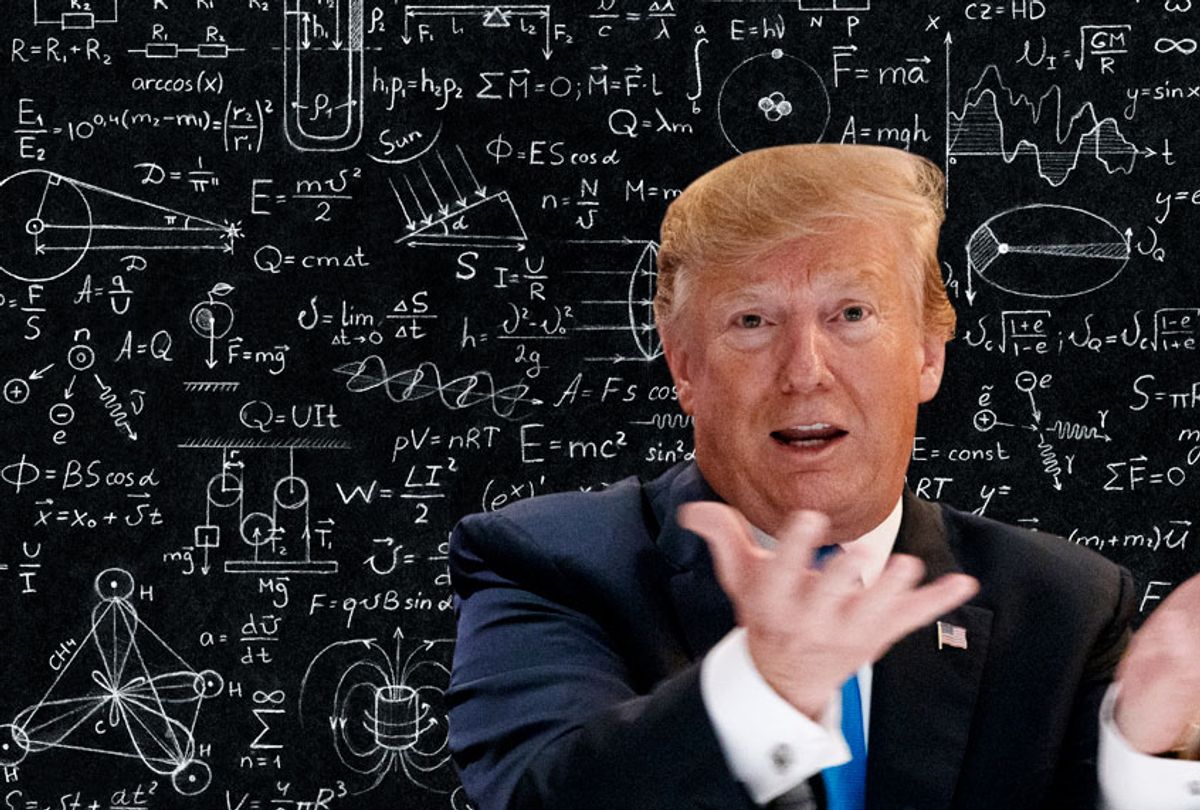 Science, according to a Trump appointee at the Department of the Interior, is "a Democrat thing." Those words were reportedly used to justify the abrupt 2017 cancellation of a study into the health effects of mountaintop removal for coal-mining. At the time, then-Interior Secretary Ryan Zinke claimed that the study was canceled after a careful review of the grant process.

But during a Tuesday congressional hearing on this issue, Rep. Alan Lowenthal, D-Calif., citing the inspector general's report into the matter, said that a Trump appointee named Landon "Tucker" Davis had offered a likelier explanation for why a study that was more than halfway done was abruptly shut down: In Davis' words, "Science was a Democrat thing."

"I was deeply offended," Lowenthal told Salon when asked about Davis's comment. “Without independent science, evidence, facts and expertise, policy is made in the dark and special interests can lie to the public and rewrite the rules for their own benefit."

"If the administration dismisses science as a ‘Democrat thing,’ the results will speak for themselves: worse public health, environmental degradation and more and more misguided policy," he added.

Of course it's no surprise to hear that Trump officials think this way. But it is at least a little surprising that an administration official would be willing to say so out loud, even in a private interview. Typically, the Trump administration's strategy on scientific issues is to rely on gaslighting, in this case by claiming that it cares about science, public health and the environment, while focusing all possible actions in the opposite direction.

In January, the Union of Concerned Scientists released a report outlining the evident contempt the Trump administration has for actual science. The report found "that the administration has interfered with or sidelined science in 80 separate incidents over the past two years."

Instead of science, which is apparently a "Democrat thing," the Trump administration is guided more by right-wing ideology and, of course, the interests of its rich benefactors.

"Comments like these barely scratch the surface of the rampant disregard for standards that protect our nation's land and water at Donald Trump's Department of Interior," Chris Saeger, director of the Western Values Project, told Salon. "The corruption that has taken hold at Interior has rendered meaningless the distinction between the employees there and the lobbyists that seek to profit from America's natural resources."

Landon "Tucker" Davis is one such person, as chronicled at the Western Values Project website tracking the number of lobbyists and polluting industry insiders who have been hired into the Interior Department under the Trump administration. He is a former coal lobbyist, as well as a former regional director for the Koch brothers-funded Americans for Prosperity.

The Department of the Interior did not offer comment on this story when asked by Salon.

Trump's administration is so devoted to prioritizing the desires of oil and coal company executives over public welfare that it's even willing to tangle with other Republicans to do so. As Politico reported on Wednesday, Trump and his Interior appointees are trying to implement a sneaky plan to open up offshore drilling off the Florida coast, even though both Republican and Democratic leaders in the state oppose the idea, largely out of fear it will damage the tourist industry. Even newly elected Florida Gov. Ron DeSantis, a loyal Trump acolyte, opposes offshore drilling. But Interior is so beholden to the polluting industry that his opinion doesn't matter.

Team Trump's plans to address the unpopularity of their anti-environmental agenda involve, unsurprisingly, a whole bunch more gaslighting. Bloomberg reports that Trump plans to "tout his environmental credentials" on the campaign trail, while of course presiding over an administration that cuts regulations so fast you have to wonder whether it actively hates the planet and wants to destroy it.

Zinke peaced out of office in December, no doubt realizing that with the newly-elected Democratic majority in the House of Representatives, his days of avoiding aggressive investigations were over. Trump didn't even bother pretending to care about the environment when picking his replacement, acting secretary David Bernhardt, a longtime industry lobbyist who specialized in attacking environmental regulations and who apparently continued to do that for months after he filed legal paperwork claiming he had ceased.

Unfortunately, with all the corruption in the Trump administration, it's been difficult for environmentalists to highlight the dire situation within both the Interior Department and the EPA. But one intrepid soul named Irene Kim managed to go viral for a day by wearing a swamp-creature mask during Bernhardt's recent confirmation hearing.

But while slashing environmental regulations on behalf of polluters is a major focus, it's only part of the larger anti-science agenda of the Trump administration. At least 14 studies have been suppressed or canceled over the past two years, including one on how to prevent teen pregnancy and another on the positive social and economic impact of admitting refugees to the U.S. Economists were barred from even starting a study on the long-term economic impact of Trump's tax cuts for the richest Americans.

If it's no surprise that Trump administration officials are hostile to science they find ideologically threatening, the level of shamelessness is sometimes stunning. The administration has repeatedly censored any acknowledgment of climate change from documents and scrubbed mentions of this scientific reality from websites. Zinke even brought the superintendent of Joshua Tree National Park, David Smith, into his office to berate him for tweets acknowledging the reality of climate change.

The open hostility suggests that this anti-science attitude is, in many cases, about something bigger than specific facts that undermine conservative arguments. It's also rooted in a distinctively Trumpian -- and distinctively Republican -- hostility toward education and knowledge. Trump has repeatedly indicated that he's personally insulted by the idea that he should or could learn things, as he seems to believe he was born as the consummate authority on everything.

"It appears this administration is treating science the same way coal miners deal with mountains: Blow it up and throw it away," Lowenthal said during Tuesday's hearing.

Of course, Republicans don't want to have a broader debate in which they openly argue for giving less weight to facts and evidence in policy considerations. That's a debate they know they'd lose. Instead we see this sneaky, underhanded nonsense, like canceling studies and lying about the reasons. Unfortunately,  the damage done by this reckless opposition to science will likely far outlast the Trump administration itself.