"Assange's critics may cheer, but this is a dark moment for press freedom," the NSA whistleblower says 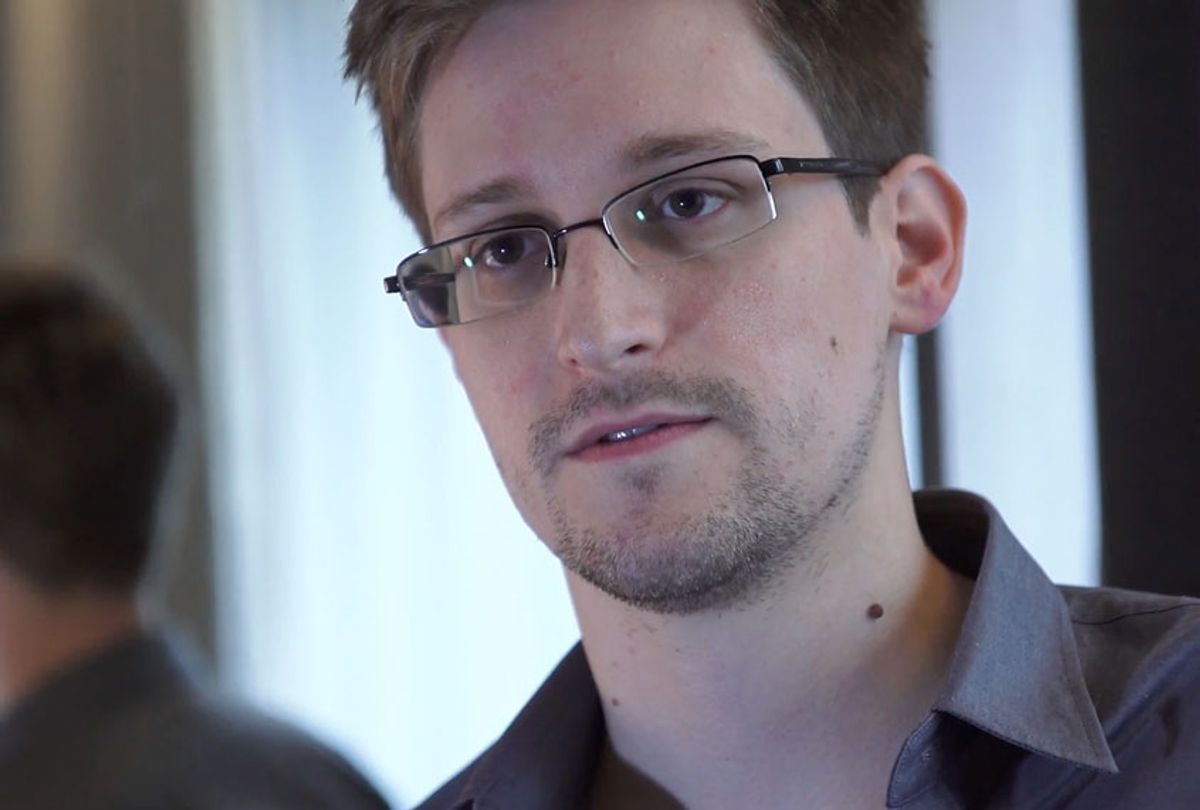 After being arrested in London, Assange was charged by the U.S. with one count of conspiracy to hack a computer in relation to WikiLeak's 2010 release of thousands of classified documents and videos about the wars in Afghanistan and Iraq, confidential diplomatic cables and files from Guantanamo Bay about prison camp detainees, according to a criminal complaint unsealed Thursday. The secret government records and communications were stolen by a former U.S. Army Intelligence analyst, now known as Chelsea Manning.

The single charge, conspiracy to commit computer intrusion, comes from what prosecutors said was Assange's agreement to break a password to a classified U.S. government computer. The indictment was filed in court last year on March 6 and includes no evidence that the password-cracking effort succeeded.

"Images of Ecuador's ambassador inviting the UK's secret police into the embassy to drag a publisher of — like it or not — award-winning journalism out of the building are going to end up in the history books," Snowden, who was charged with espionage in 2013 and now lives in Russia under political asylum, wrote on Twitter.  "Assange's critics may cheer, but this is a dark moment for press freedom."

Assange has been living in Ecuadorian Embassy in London since 2012, but the country's president, Lenin Moreno, said Thursday that his government had made a "sovereign decision" to rescind Assange's political asylum due to "repeated violations to international conventions and daily life." The founder of the whistleblower website took refuge in the Ecuadorian Embassy nearly seven years ago to avoid extradition to Sweden, where he faced questions about allegations that he had sexually molested one woman and raped another in August 2010. Assange has maintained his innocence in connection to the sex abuse allegations, which he has cast it as a ploy for his eventual extradition to the U.S.

Snowden on Thursday also shared a message to journalists covering Assange's arrest, asking them to remember that the U.N. had formally ruled Assange's "detention to be arbitrary, a violation of human rights."

"They have repeatedly issued statements calling for him to walk free — including very recently," Snowden tweeted.

The NSA whistleblower shared a December 2018 statement from the U.N.'s Human Rights Office of the High Commissioner, which noted that U.N. human rights experts had repeated demands that the U.K. abide by its international obligations to allow Assange to "walk free from the Ecuadorian Embassy in London."

Snowden was far from alone in criticizing Assange's arrest.

Former Catalan leader Carles Puigdemont said he was "deeply shocked" by news of Assange's arrest, writing on Twitter that "human rights, and especially freedom of expression, are under attack once again in Europe," along with the hashtag #FreeJulianAssange.

"Any prosecution by the United States of Mr. Assange for Wikileaks' publishing operations would be unprecedented and unconstitutional, and would open the door to criminal investigations of other news organizations," the ACLU said in a statement. "Moreover, prosecuting a foreign publisher for violating U.S. secrecy laws would set an especially dangerous precedent for U.S. journalists, who routinely violate foreign secrecy laws to deliver information vital to the public's interest."

Meanwhile, CNN national security and legal analyst Susan Hennessey said the charges against Assange are "all good, old-fashioned Computer Fraud and Abuse Act charges. Not much in here that should give journalists anxiety."

And national security lawyer Bradley Moss wrote, "Journalists do not assist sources in cracking passwords. Journalists are actually given legal training tell them NOT to do stuff like that. Assange and his allies can scream about press freedom now all they want, but it's going nowhere. Prosecute away."

"This charge [against Assange] has nothing to do with press freedom," CNN legal analyst Renato Mariotti tweeted. "It is a crime for anyone to conspire to hack a server."

"Asking a potential source for what classified information they posses is generally legal," he said. "Offering to help that same source to defeat security systems or break passwords is going to get you on the government's radar."