It appears Dobbs has gotten his poll numbers totally mixed up! 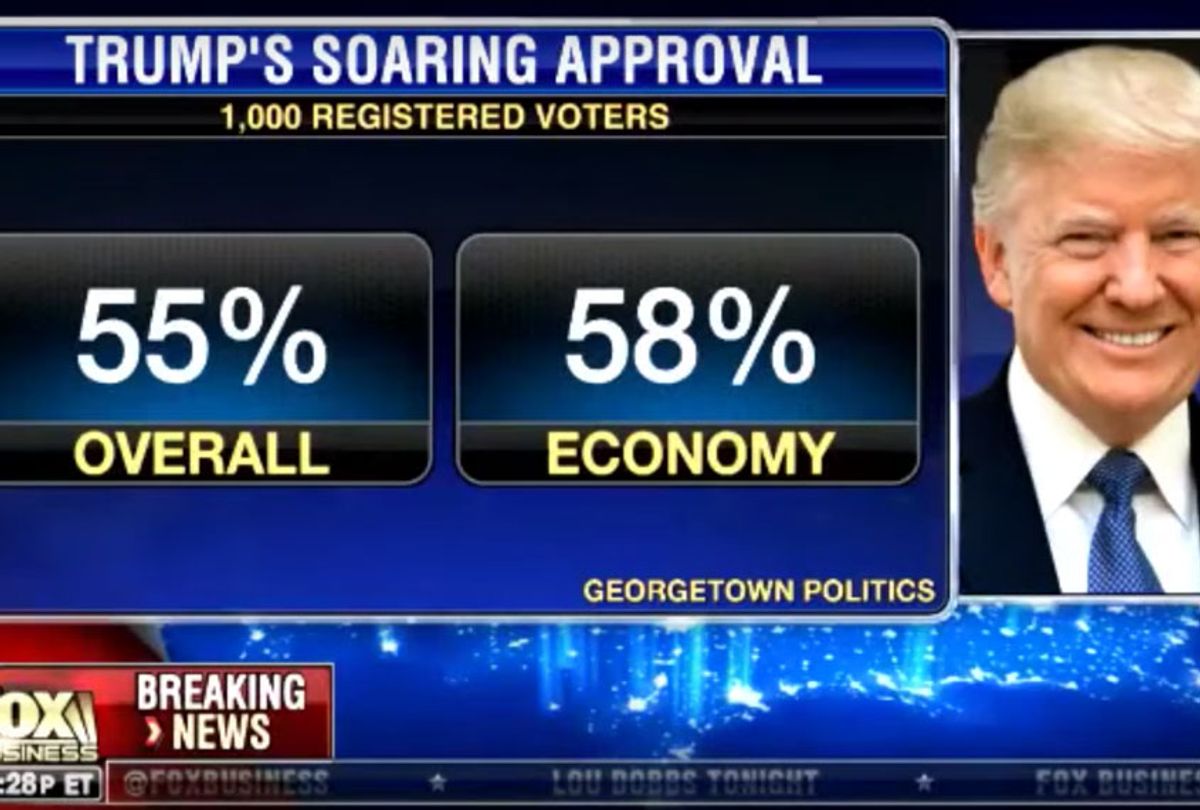 President Donald Trump on Thursday shared phony polling numbers hyped by Fox Business’ Lou Dobbs — but the actual poll they’re based on shows his numbers are much lower.

Dobbs this week cited a poll from Georgetown Politics that he said showed Trump had a 55 percent approval rating.

However, it appears Dobbs has gotten his poll numbers totally mixed up, as the actual poll shows 55 percent of voters view Trump unfavorably, while just 40 percent have a favorable view. When it comes to job approval, 42 percent of voters approve of the job Trump is doing, while 52 percent disapprove.