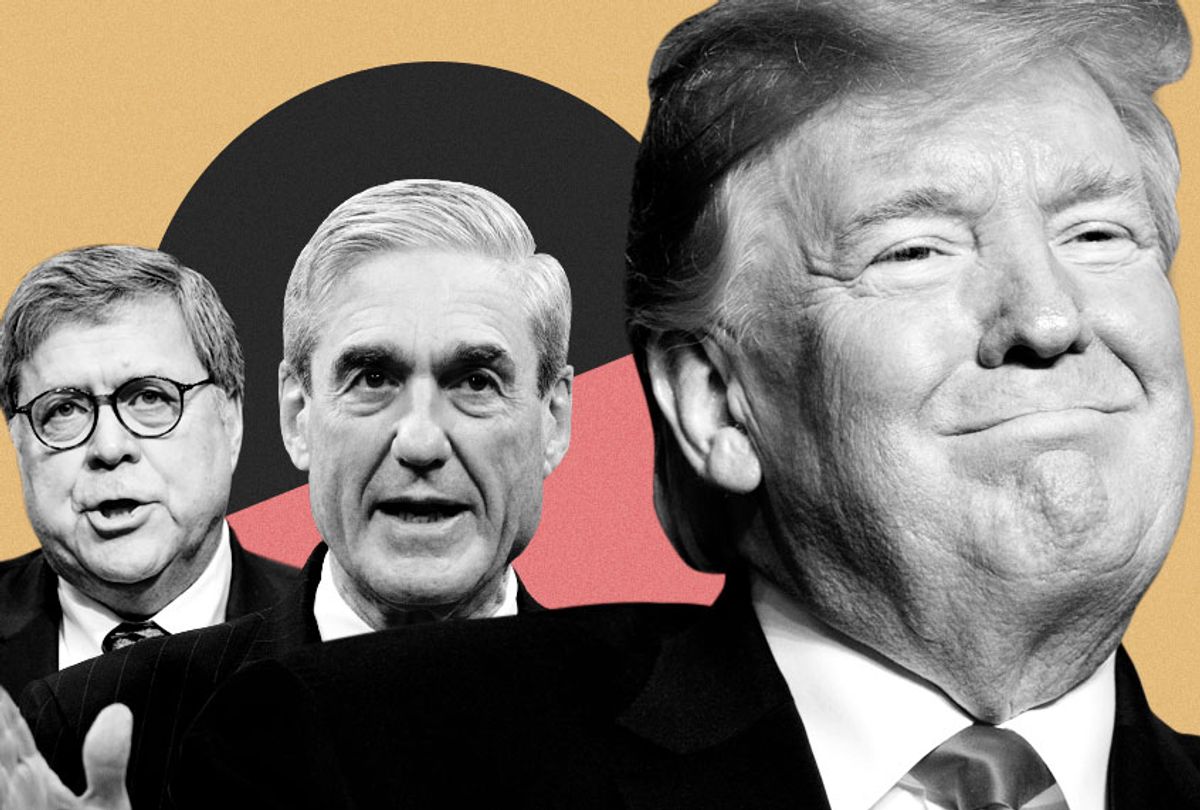 Special counsel Robert Mueller’s highly anticipated report is expected to be issued this week in redacted form by Attorney General William Barr, and election law expert laid out some of the key findings to focus on.

Rick Hasen, a professor of law and political science at University of California, Irvine, tweeted out a list of “what to expect when you’re expecting the (redacted) Mueller report, riffing on the title of a best-selling advice book for pregnant women and their partners.

Hasen said he was hoping to learn how much cooperation there was between Russians and other foreign agents who hacked the Democratic National Committee, tried to crack into American voter registration databases or spread “dirt” on Hillary Clinton — which Donald Trump Jr. gleefully hoped to get from a Russian attorney in an infamous Trump Tower meeting.

“Were any American cooperators with Russian agents somehow connected to the Trump campaign or the Trump family?” Hasen asked. “Alternatively, to what extent were campaign/family members duped by foreign agents?”

The law professor hoped Mueller had examined the success of hacks into election-connected computers, and offered advice on preventing future attacks — but Hasen was especially interested in why Mueller chose not to indict any Americans with spreading disinformation against Clinton.

“If Americans cooperated with Russians in procuring/spreading opposition research, why did Mueller not charge any Americans with any crime in this area?” he asked.

“Does Mueller use any language suggesting that a reasonable prosecutor acting in her discretion could have charged President Trump with obstruction but for DOJ policy against indicting a sitting President?” he said. “Does Mueller point to specific evidence Congress might consider in pursuing possible impeachment charges against Trump based upon obstruction?”

Hasen said the full report might open up some big questions about the attorney general and his actions after receiving Mueller’s findings.

“To what extent does it look like AG Barr is trying to protect Trump and/or his family (such as Don. Jr.) or make it impossible to evaluate Mueller’s reasoning and/or evidence?” he said. “This is key.”