"Thanks for watching!" Nancy Pelosi claps back at Trump's review of her "60 Minutes" interview 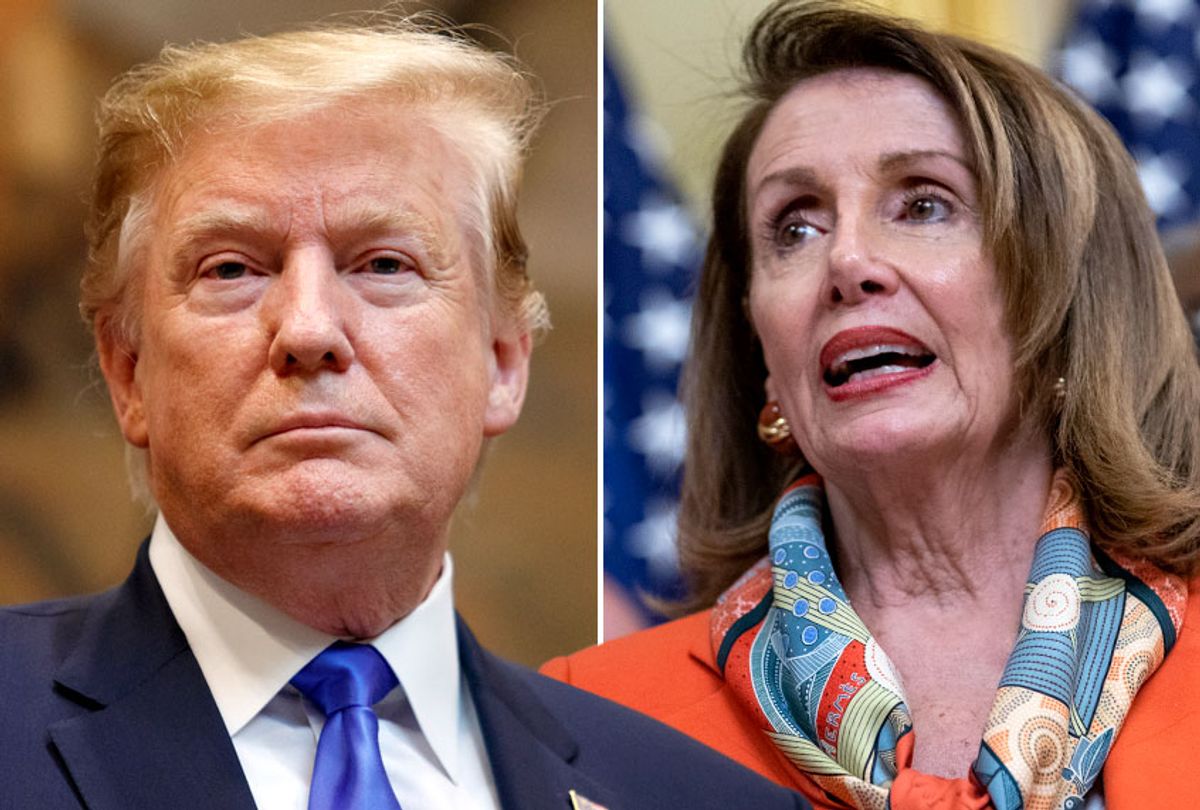 "Thanks for watching! We will continue to do our work #ForThePeople," Pelosi tweeted Sunday in response to Trump's words bashing "60 Minutes" for what the president criticized as a soft interview.

"Such a 'puff piece' on Nancy Pelosi by @60minutes, yet her leadership has passed no meaningful Legislation," Trump wrote in a tweet. "All they do is Investigate, as it turns out, crimes that they instigated & committed. The Mueller No Collusion decision wasn’t even discussed-and she was a disaster at W.H."

During the interview, Pelosi expressed support for special counsel Robert Mueller and advocated for the release of his full report – without redactions. Attorney General William Barr is set to release a redacted version of the report of the special nearly two-year investigation Thursday morning, according to the Department of Justice.)

"The Mueller report is about an attack on our elections by a foreign government," Pelosi told CBS News' Lesley Stahl. "And we want to know about that. We wanna know about that in terms of being able to prevent it from happening again. So it's bigger even than Donald Trump."

When it comes to Bar, Pelosi expressed a lack of trust for the attorney general, although she dodged the opportunity to accuse him outright of a cover up.

"I have no idea. I have no idea," Pelosi told Stahl when asked if she thought Barr was "covering anything up."

"He may be whitewashing, but I don't know if he's covering anything up. There's no use having that discussion," Pelosi continued. "All we need to do is see the Mueller report."

In the wide-ranging interview, Pelosi also condemned the president for continuing to refuse to hand over his tax returns.

"It should not have taken this long for the president – he said he was under audit," Pelosi explained. "When I was in a – I was going to a Martin Luther King breakfast in San Francisco, and one of the waiters there said to me, 'Madame Speaker, when the president says the Mueller report's going on too long, just tell him not as long as you're audit.' Everybody has released their returns, and we will have legislation to say that everyone should – must . . . So what's he hiding?"

But Republicans were not the only targets of Pelosi's ire. The speaker of the House additionally took a veiled swipe at Rep. Alexandria Ocasio-Cortez, D-N.Y., claiming that the progressive wing of her caucus that was supposedly in rebellion against moderates was "like five people."

"I do reject socialism as an economic system. If people have that view, that's their view," Pelosi told Stahl. "That is not the view of the Democratic Party."

Ocasio-Cortez said Sunday that she was not animated by the looming possibility of a campaign for the 2020 Democratic nomination from former Vice President Joe Biden, instead complimenting two more left-leaning candidates seeking the job: Sens. Bernie Sanders and Elizabeth Warren.