Sanders and his wife earned more than $1 million since 2016, placing the couple in the top 1 percent of taxpayers 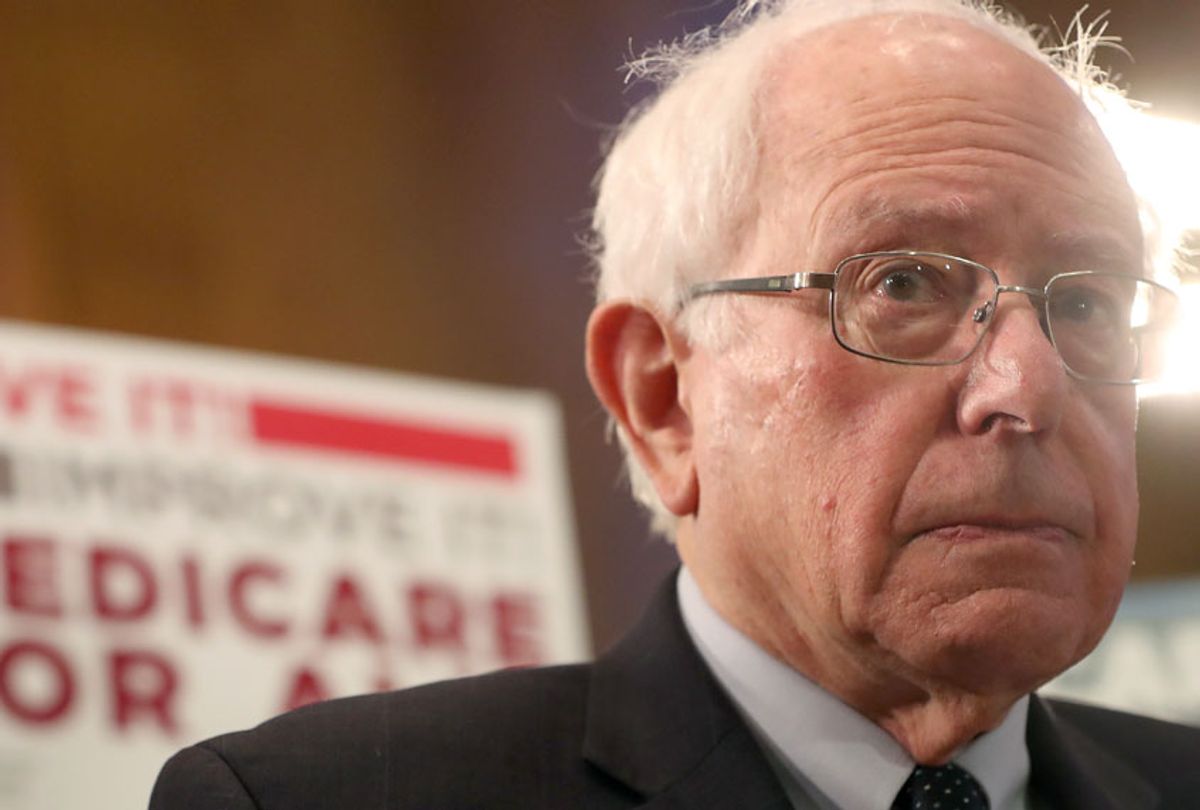 Sen. Bernie Sanders disclosed a decade of tax returns Monday, providing a more detailed look into how one of the leading candidates for the 2020 Democratic presidential nomination became a millionaire since first running for the White House in 2016.

The returns reveal that Sanders, a self-described democratic socialist from Vermont, became a millionaire between his two presidential runs, largely through proceeds from his books, including the best seller "Where We Go From Here" published in 2018.

Since his first presidential run, Sanders and his wife earned more than $1 million, placing the couple in the top 1 percent of taxpayers and creating some tension for a once obscure senator who shot to fame among progressives with a populist message that called out the "millionaires and billionaires" who allegedly rigged the economy to protect their wealth.

Sanders in a statement said the returns "show that our family has been very fortunate," adding that he is "very grateful for that, as I grew up in a family that lived paycheck to paycheck and I know the stress of economic insecurity."

"That is why I strive every day to ensure every American has the basic necessities of life, including a livable wage, decent housing, health care and retirement security," he continued.

"I consider paying more in taxes as income rose to be both an obligation and investment in our country," Sanders added. "I will continue to fight to make our tax system more progressive so that our country has the resources to guarantee the American Dream to all people."

The issue of taxes has been in the political spotlight because of President Donald Trump's continued refusal to release his own returns, a position which has bucked decades of tradition. House Democrats are now demanding to see the president's returns.

Sanders came under scrutiny for his handling of the issue during the 2016 presidential campaign, when Hillary Clinton, his main rival for the Democratic presidential nomination, asked him why he did not disclose years of tax returns as she had done. At the time, Sanders insisted his wife did their taxes and released only his 2014 tax return.

However, on Monday, as part of his second presidential bid, the Vermont independent released his tax returns just minutes before he participated in a town hall on Fox News. During the program, Sanders discussed releasing his tax returns and criticized Trump for famously stonewalling on releasing any of his.

"Why don't you get Donald Trump up here and ask him how much he pays in taxes? President Trump watches your network a little bit, right?" the senator asked. "Hey President Trump, my wife and I just released 10 years. Please do the same."

Sanders also defended his wealth and refused to "apologize for writing a best-selling book." He said he is not criticizing the wealthy, but rather he wants to make sure they are paying their "fair share" in taxes.

"This year, we had $560,000 in income," Sanders said. "In my and my wife's case, I wrote a pretty good book. It was a best seller sold all over the world, and we made money. If anyone thinks I should apologize for writing a best-selling book, I'm sorry. I'm not going to do it."