"A year ago, she was taking orders across a bar," Warren writes of AOC. "Today, millions are taking cues from her" 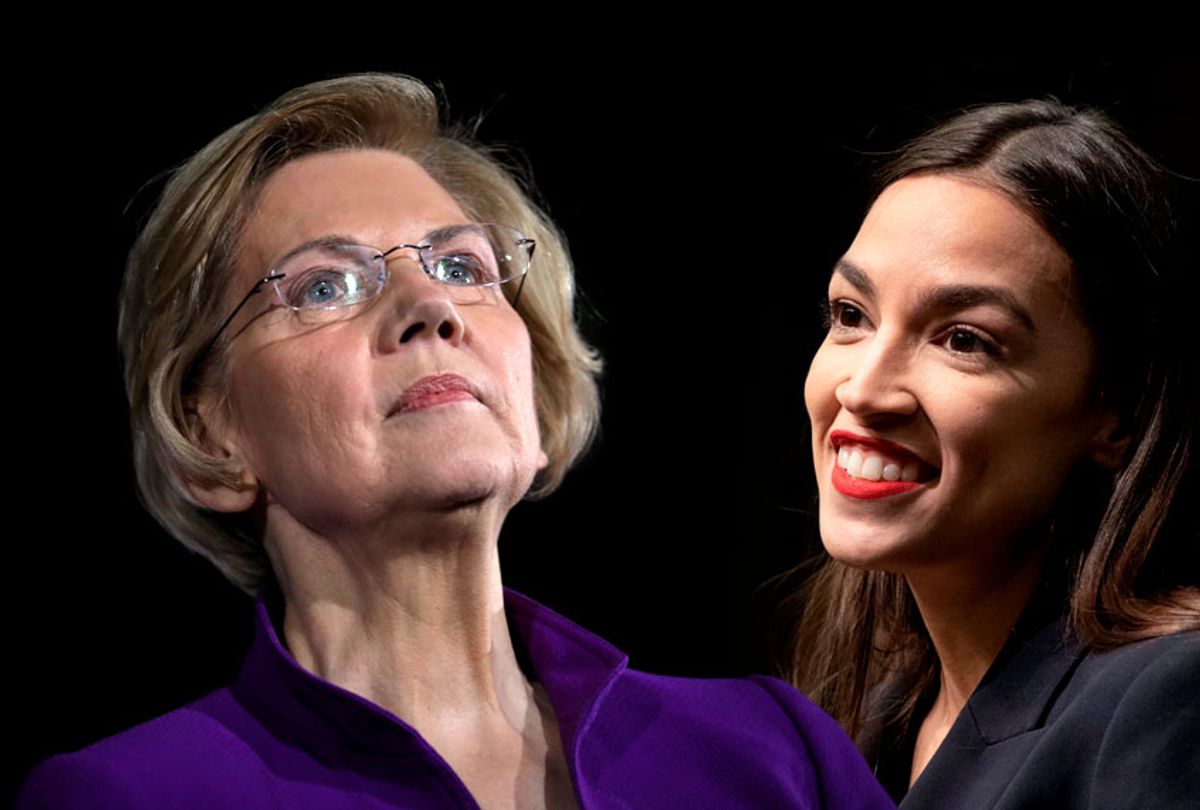 In the essay, which was published Wednesday, Warren examines how Ocasio-Cortez emerged as one of the "most influential people" of 2019 despite having been a relative unknown less than one year ago. Of Ocasio-Cortez, Warren writes:

Her commitment to putting power in the hands of the people is forged in fire. Coming from a family in crisis and graduating from school with a mountain of debt, she fought back against a rigged system and emerged as a fearless leader in a movement committed to demonstrating what an economy, a planet and a government that works for everyone should look like.

A year ago, she was taking orders across a bar. Today, millions are taking cues from her. She reminds all of us that even while greed and corruption slow our progress, even while armies of lobbyists swarm Washington, in our democracy, true power still rests with the people. And she’s just getting started.

While it is unclear when Warren penned her essay touting Ocasio-Cortez, the Massachusetts senator could have a sound political rationale for doing so. As the 2020 presidential race continues to shape up, Warren is positioning herself as a champion of the party's progressive faction, in which Ocasio-Cortez is also a key player.

Ocasio-Cortez has not yet endorsed a Democrat vying for the party's nomination, although she discussed the potential candidacy of former Vice President Joe Biden in a recent interview with Yahoo News. When asked about the possibility of Biden running for president, Ocasio-Cortez said the idea "does not particularly animate me right now." However, she offered a sign of support for two of the most progressive candidates in the race, Warren and Sen. Bernie Sanders, I-Vt., whose candidacy she supported in 2016.

Not all of the Democratic Party's leaders have been as warm to Ocasio-Cortez. Earlier this week, House Speaker Nancy Pelosi, D-Calif., took a veiled swipe at Rep. Alexandria Ocasio-Cortez, D-N.Y., claiming that the progressive wing of her caucus that was supposedly in rebellion against moderates was "like five people."

"I do reject socialism as an economic system. If people have that view, that's their view," Pelosi told Stahl. "That is not the view of the Democratic Party."