Trump abruptly blocks U.S. from appointing anyone to UN committee on racism

After refusing to renominate human rights lawyer Gay McDougall, administration will send no one at all 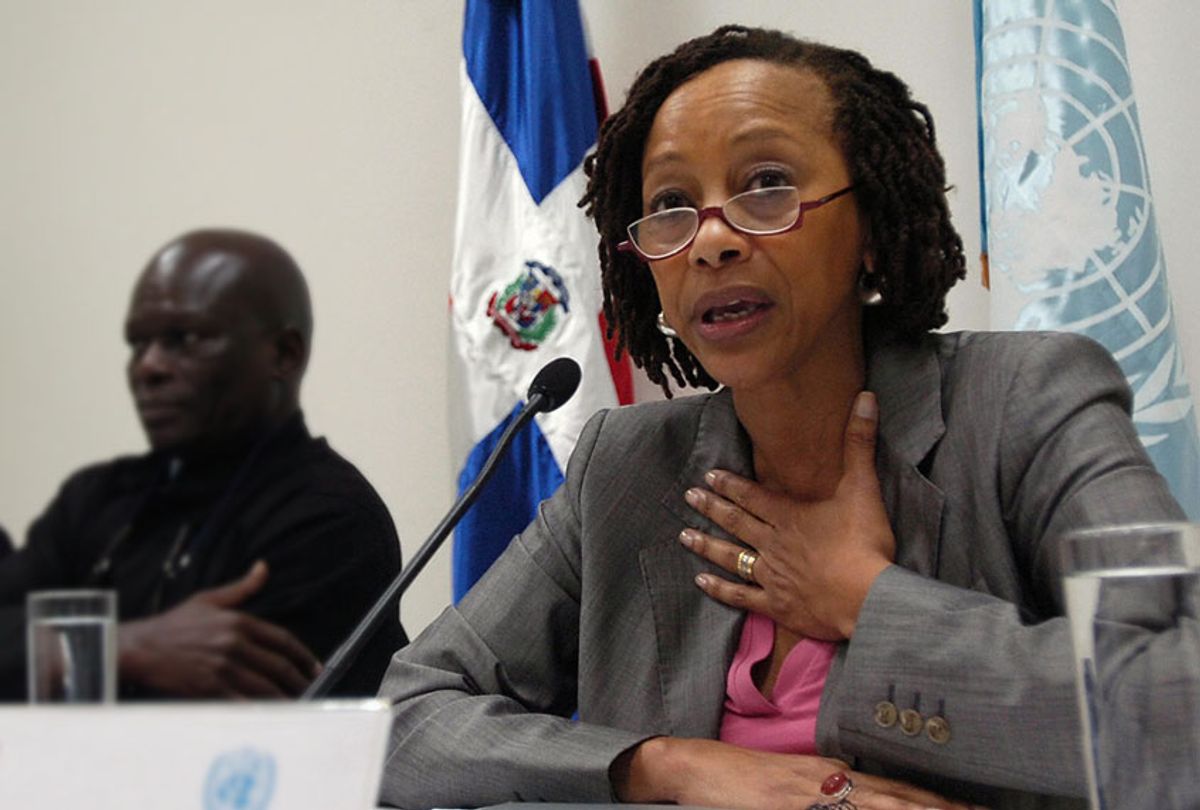 The Trump administration will not nominate anyone from the United States to serve on the United Nations Committee on the Elimination of Racial Discrimination.

A State Department official told Politico that the White House intervened to stop the expected renomination of a human rights lawyer selected by Barack Obama to the 18-member UN panel. As a result, the U.S. will not nominate anyone to the committee.

Gay McDougall, who has served on the committee since 2015, was informed by State Department officials that she would be renominated before the White House abruptly scrapped the plan without providing an explanation, according to the report.

The committee meets three times per year in Geneva to review progress toward the implementation of a 1960s global pact on “the elimination of all forms of racial discrimination.”

McDougall, a human rights expert, told the outlet she intended to finish out her four-year term, which ends this fall.

“I regret that I’m not able to continue, and that was not of my choosing,” she said.

McDougall previously criticized Trump for emboldening racists in the United States around the world.

“Essentially, Trump’s many tweets and dismissive comments have given a green light to bigots around the country to attack their neighbors,” she said in 2016. “All of us who campaign for human rights have been shocked and angered by Trump’s derogatory messages regarding Muslims, Hispanics, women and people with disabilities. It is clear that his rhetoric has led directly to an increase in hate crimes in the US. Now is the time for all those who believe in human rights to stand firm and fight for basic decency.”

Trump administration officials said that McDougall may have been rejected because of her ties to Obama but insisted that they intended to nominate a replacement. A State Department official told Politico that the administration did consider other candidates but were unable to select one by the February nomination deadline.

Despite that claim, the Trump administration has aggressively moved to withdraw from its international commitments in the last two years.

Last year, Trump pulled the U.S. out of the UN human rights council, which his then-UN Ambassador Nikki Haley derided as a “cesspool of political bias” over its criticism of Israel’s human rights violations.

Trump also withdrew the United States from numerous international agreements, including the Paris climate accord, the Iran nuclear deal, and the Trans-Pacific Partnership trade deal.

The pullback from the international stage, particularly as a bulwark on issues of racism and human rights, comes after experts like McDougall warned that Trump’s rise would fuel similar movements that foment hate to gain power, as seen subsequently in countries like Israel, Italy, Spain and Brazil.

“Unscrupulous politicians worldwide will be studying Trump’s tactics and will see that scapegoating of the marginalized can provide short-term electoral gains,” McDougall warned in 2016.. “There is a clear and imminent risk towards minorities if governments do not take a stand against hate.”