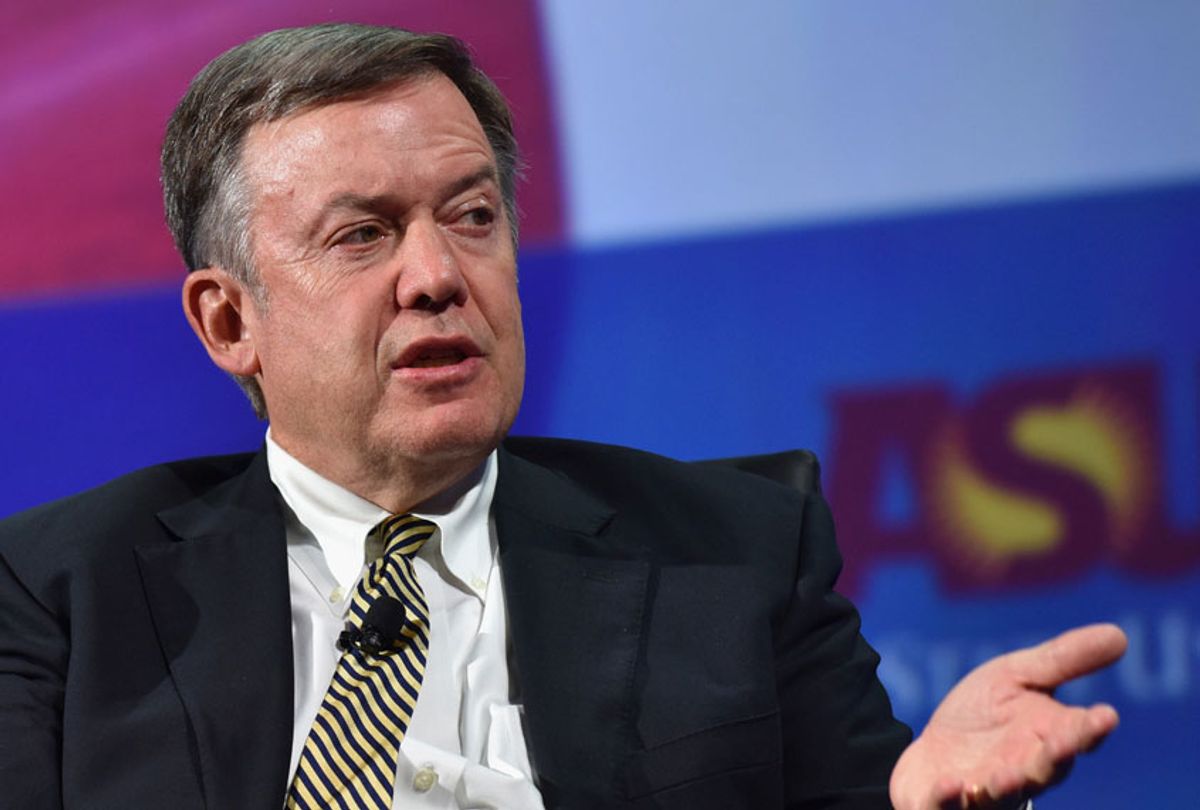 Editor's note: Ruth McGregor, the former chief justice of the Arizona Supreme Court, conducted an external review of the allegations in this article and found no evidence to support the allegation that ASU agreed to use Cengage products in exchange for a large grant. The full review can be viewed here.

Ever since Operation Varsity Blues exposed how college admissions system could be corrupted, higher education in the United States has been under increased scrutiny. This week, a mini-scandal at Arizona State University (ASU) is raising eyebrows over students allegedly paying to get access to course materials, and even to turn in their homework.

On Thursday, Arizona State University professor Brian Goegan, who is no longer working at the university, sent a mass email to his students in which he alleged that the university requires students to use MindTap, a program made by a company called Cengage, to access classroom material in exchange for a pet project for the university’s provost. Goegan detailed how the alleged deal included implementation of a quota of students that would be failed in a given course.

After the email went viral, ASU administrators responded with a blanket denial of Goegan's allegations of pay-to-play between faculty and Cengage. However, the question as to whether his students were required to pay to turn in their homework seems to hold up in part, though the specifics are complicated.

In order to convince Cengage to give the Provost a large monetary grant, the department agreed to require all ECN 211 and 212 students use MindTap - a Cengage product. This deal requires students to pay just to turn in their homework. Instructors who were making assignments available on Blackboard/Canvas have been forced to move those same assignments behind the MindTap paywall to ensure students must pay Cengage to pass the class. Students are being saddled with unnecessary costs so the Provost can fund a pet project.

The second policy was put in place to ensure that the Provost's project was made to look good. All ECN 211, 212, and 221 courses were required to prevent at least 30% of students from passing the class. We were told that we needed to set a baseline against which the Provost's project could be compared. For many instructors, this meant setting students up to fail so it could seem like the Provost swooped in and fixed a problem that doesn't exist.

The university vehemently denies the allegations.

Executive Vice President and University Provost Mark Searle said in a statement to Salon and other outlets:

We have looked into these claims and have found no factual evidence to support them.

Students have a choice between taking these courses in a traditional lecture format or in an adaptive learning format. Courses in the adaptive learning format have a course fee used to pay for things such as technology and books. Cengage has not given ASU any grants.  The accusation that the university would establish quotas in any course requiring to fail a certain percentage of students is unequivocally false.  That is not who we are. We generally do not comment on the details of disciplinary matters related to faculty, and there are many reasons that a faculty member’s contract might not be renewed, including when a faculty member resists course-correction of multiple shortcomings despite supervisory intervention.

Salon contacted Goegan, though has not yet received a response.

While the claims of pay-to-play with Cengage seem unprovable, the question as to whether  students had to pay to turn in their homework is more complicated. It seems that both Goegan and Arizona State administrators could be right, in a way: if students take an "adaptive learning format" course, they would have to pay for the combined textbook and software.

Jessica Carter, who is a sophomore majoring in economics at Arizona State University — and who uses the aforementioned software in another class — told Salon that the software is required for the class. She takes the same class but from another professor.

“That is how I turn in my homework,” she said. “It costs me $120 for the semester. To be honest the service isn’t really that good, the homework is pretty vague and when you miss something the explanations tend to not be useful.”

Carter said today one of her professors took the first few minutes of class to explain what had happened with Goegan, framing his departure around teaching deficiencies. Carter said her professor said it was not a surprise Goegan’s contract with the university had not been renewed.

Still, many students are upset.

“It is a question of labor... firing him for reaching out on behalf of students does uphold ASU’s charter which is about inclusiveness, is fundamentally ridiculous,” Chowdhury said.

In any case, the mandated use of this kind of software by students would be par for the course for ASU, which has been in the news before for its exploitation of adjunct professors and its cozy relationship to corporations and contractors. As one University of Arizona adjunct wrote in 2015 during an adjunct walkout:

Crow’s modernization is a euphemism for privatization, which is another leap towards corporatization, a trend that is happening at universities across the country. The focus is shifting away from the horizon of higher learning and toward the bottom line of profitability, paying adjuncts as little as administrators can get away with.

Likewise, current Arizona State University president Michael Crow recently co-authored a book, "Designing the New American University," explaining his belief that universities of the future would more resemble large for-profit businesses with intimate, sometimes subservient relationships to the private sector. Infamously, in that book, Crow and his co-author suggested that the modern university might learn from the business model of the Cheesecake Factory.