Why it’s hard to remove, or even diagnose, mentally ill or unstable presidents

“Constitutions cannot protect you against madmen. The people on the scene at the time have to do that" 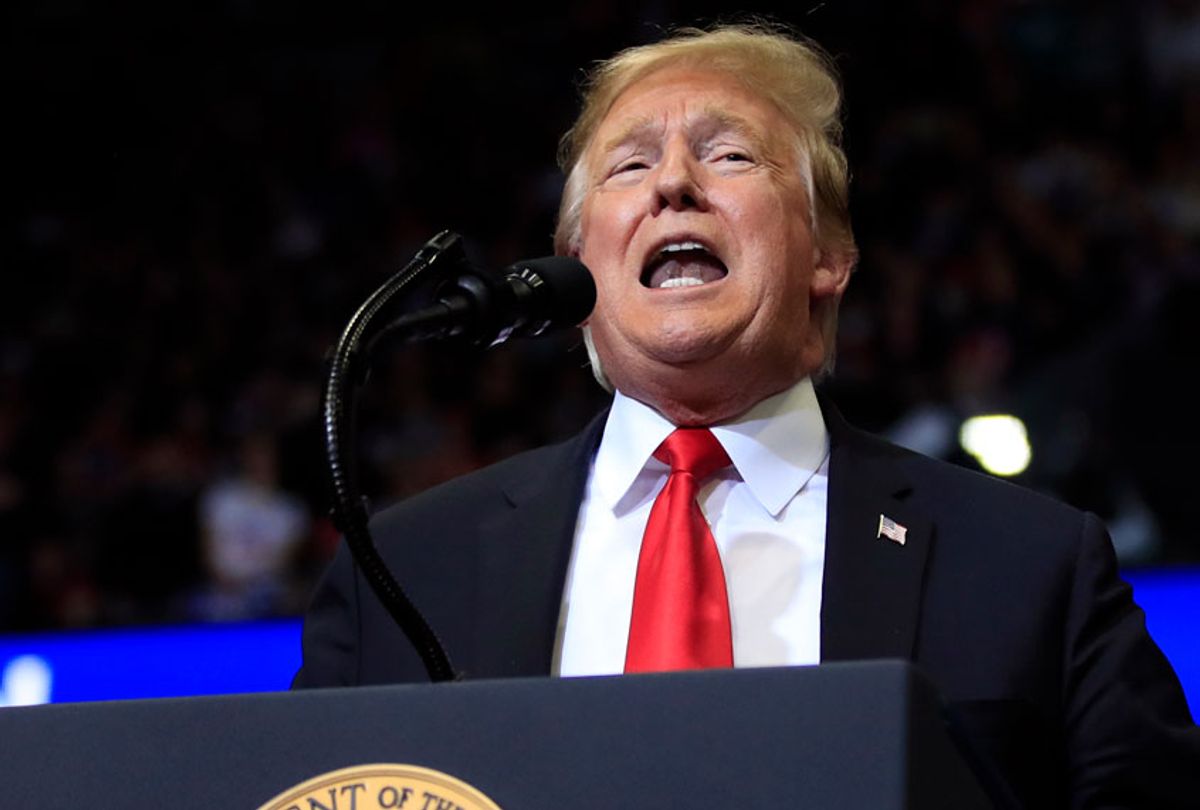 In the wake of President John F. Kennedy’s assassination, members of Congress set out to update the procedures for handling an unable president. They soon realized that some situations would be far more challenging than others.

Famed political scientist Richard Neustadt emphasized one of the most ominous of those situations when he testified before the Senate. “Constitutions,” he warned, cannot “protect you against madmen. The people on the scene at the time have to do that.”

Congress’ reform effort culminated with the 25th Amendment. It provides essential improvements to the Constitution’s original presidential succession provisions. But a novel released in 1965, the same year Congress approved the amendment, makes a strong case that Neustadt’s insight was spot on.

The recently reissued “Night of Camp David” by veteran D.C. journalist Fletcher Knebel illuminates the daunting challenges that arise when the commander in chief is mentally unfit and unwilling to acknowledge it.

Flexibility an important part of 25th
The novel follows the fictional Senator Jim MacVeagh, who concludes that a paranoid President Mark Hollenbach is “insane” after he witnesses the president plot to abuse law enforcement powers and to establish a world government. Unbeknownst to MacVeagh, Defense Secretary Sidney Karper reaches the same conclusion. Karper remarks, “Congress did its best on the disability question, although there’s no real machinery to spot mental instability.”

The framers of the 25th Amendment did intend for it to cover cases of psychological inability. One of the principal authors, Rep. Richard Poff (R-Va.), envisioned a president who could not “make any rational decision.”

But the term “unable” in the amendment’s text was left vague to provide flexibility.

Additionally, the 25th Amendment is intentionally hard to use, with procedural hurdles to prevent usurpation of presidential power. Two-thirds of both houses of Congress must ratify an inability determination by the vice president and Cabinet when the president disagrees. Otherwise, the president returns to power.

This risk is heightened when the president may be psychologically unfit. Psychiatric assessment is descriptive and less evidence-based than other areas of medicine. In the novel, President Hollenbach’s doctor reports no evidence of a mental ailment. And there is a reason for that: Psychiatric illness is not beyond conscious manipulation.

A deft politician, President Hollenbach knew enough to hide his paranoia. While he seems overtly paranoid in the solitude of Aspen Lodge at Camp David when he is sharing his delusions with MacVeagh, he appears completely sane, dare we say presidential, in public appearances. There is a long history of presidents hiding their ailments from the public, including Presidents Lyndon Johnson and Richard Nixon, who both grew paranoid in private.

What psychiatry can contribute
To further complicate assessment, the more subjective nature of psychiatric diagnoses introduces potential political biases among clinicians who might be asked to evaluate a president.

As critically, the American Psychiatric Association’s Goldwater Rule expressly prohibits armchair analysis by psychiatrists who have not directly examined the president. Those who had the opportunity would be equally constrained by patient confidentiality. This creates an ethical Catch-22.

Yale psychiatrist Bandy X. Lee and colleagues in “The Dangerous Case of Donald Trump” eschew this prohibition and feel it their ethical obligation to share their professional insights, invoking a duty to warn responsibility. One of us (Joseph) has suggested that while psychiatric diagnoses cannot be made from afar nor confidences breached, physicians have a supererogatory obligation to share specialized knowledge.

This is especially important when discussing psychiatric conditions, which may be hard to apprehend. The objective for mental health professionals is not diagnosis from afar but rather to educate the citizenry about these conditions so as to promote deliberative democracy.

Beyond these issues is the bias of any president’s advisers and allies. Their loyalty may blind them to presidential inabilities and have them protect an unfit president.

Then there could be the political disincentive to acknowledge what presidential incapacity means. After all, Cabinet members serve at the pleasure of the president. Beyond that, it is just too frightening to imagine that there might be a madman in the White House in the nuclear age. So the tendency is to look away.

Officials hoping to avoid a direct challenge to presidential authority might engage in harm reduction, a concept drawn from public health where certain harms are accepted to reduce more harmful consequences: for example, needle exchange. This is the workaround that the fictional Defense Secretary Karper takes in “Night of Camp David.” Instead of attempting to convince the president’s allies of his concerns and invoking constitutional means to remove the president, he convenes a top secret task force to consider checks on the president’s power to use nuclear weapons.

Amid President Nixon’s emotional turmoil during the depths of Watergate, Defense Secretary James Schlesinger instructed the military to check with him or the secretary of state before following orders from Nixon to launch nuclear weapons. More recently, former Defense Secretary James Mattis was reportedly among White House officials attempting to frustrate President Trump’s impulses.

The fictitious Senator MacVeagh goes down a different, more perilous and isolating path. He seeks the president’s removal and, as a result, experiences retribution. Top officials view him as paranoid, prompting them to order his involuntary psychiatric hospitalization. Instead of worrying about an impaired president, Washington’s political elite punish the young senator.

The bottom line: it is almost impossible to reverse the results of the electoral process and oppose entrenched power even when one is paradoxically trying to preserve the republic.

In “Night of Camp David,” the nation’s fortunes only begin to turn when MacVeagh and Karper overcome the collective action challenge and the compartmentalization of knowledge. Officials can overcome these obstacles by coming together and realizing their common purpose.
It was only after a group of senior Republican lawmakers, led by Sen. Barry Goldwater – ironically of the eponymous Goldwater Rule – banded together and confronted President Nixon during Watergate that the 37th president resigned.

More drama ahead?
The current White House drama is still in manuscript form, but the plot has thickened. Worrisome tweets are prompting fresh concerns about presidential fitness, even from prominent members of President Trump’s own party.

Are these warnings the real-life equivalents of those from MacVeagh and Karper? Time will tell. But in this national drama, we are more than readers of fiction; we too are characters.

Richard Neustadt had it right. The “people on the scene” must be ready to place the interests of the nation above their own. Constitutions cannot protect against madmen, as he warned, because they create rules and institutions that are only as strong as the people tasked with protecting them.

Both the object of any intervention and its proponents are prone to human foibles, courage and timidity, grandiosity and prudence. When darkness descends, whether on Camp David or other halls of power, the nation is left to rely on the integrity and judgment of its leaders and its citizenry.

All Salon Mentally Ill News & Politics The Conversation Us Presidents