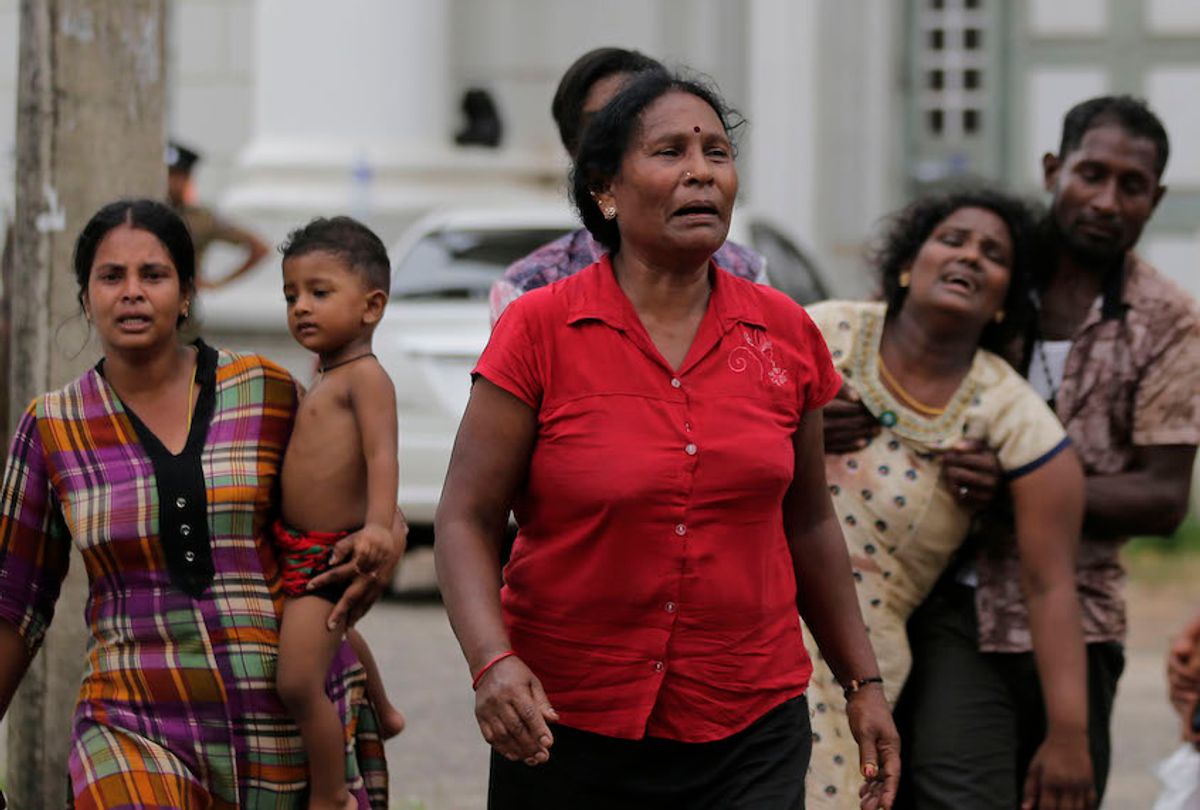 Update: Secretary of State Mike Pompeo has said that several American citizens were killed during the Sri Lanka bombings, though he did not specify how many, according to CNN.

A series of bombings that targeted churches and luxury hotels throughout Sri Lanka on Easter Sunday have left more than 200 people dead and hundreds more injured.

The bombings seem to have targeted Sri Lanka's Christian minority community, according to CNN. The explosions occurred during packed Easter Sunday services in churches located in the Sri Lankan cities of Batticaloa, Colombo and Negombo. Later three hotels in Colombo — Shangri La, Cinnamon Grand and Kingsbury — were targeted by additional bombings. Later, on Sunday afternoon, two additional blasts went off in Dehiwala Zoo in Dehiwala-Mount Lavinia and at a private house in Mahawila Gardens. Both of these blasts occurred in the city of Dematagoda and marked, in total, the seventh and eighth bomb blasts in Sri Lanka on Easter Sunday.

The full list of bomb blasts include occurrences in St Anthony's Shrine in Kochchikade; St Sebastian's Church in Negombo; Zion Church in Batticaloa; Cinnamon Grand in Colombo; Shangri-La Hotel in Colombo; The Kingsbury Hotel in Colombo; Near Dehiwala Zoo in Dehiwala-Mount Lavinia; and house in Mahawila Gardens in Dematagoda.

In a pair of tweets on Sunday, Minister of Economic Reforms and Public Distribution Harsha de Silva tweeted that "Minister @RWijewardene addressing the press just now says action will be taken to stop activity of all extremist groups in the country. Social media temporary banned. 12 hour curfew from 6pm. The Dehiwela n Dematagoda blasts seem to be by those in the ring running from the law."

That number was later revised down from 7 to 3, according to The Guardian. While the Sri Lankan government can confirm having arrested 3 people, it acknowledged that others have been arrested but not yet questioned. No one has come forward with an official explanation regarding the identities or motives of the culprits.

In earlier tweets Harsha de Silva described how, after visiting Kochchikade church and Shangri-La, he saw "horrible scenes. I saw many body parts strewn all over. Emergency crews are at all locations in full force. We, at 1990 also have close to 20 units at the various locations. We took multiple casualties to hospital. Hopefully saved many lives." He later condemned people who had circulated pictures of dead bodies on social media or were trying to stir up racial resentments, writing that it was "sad how some have no respect for the dead. Why can’t we not circulate photos of the dead? Also some are desperately working on creating racial disharmony. This is despicable. Please stop hate posts on social media. If not it will have to be stopped in the interest of peace."

Following Harsha de Silva's tweet, a social media blackout was imposed on Facebook, Instagram and other popular sites, according to The Guardian. In addition, the Sri Lankan government is imposing a curfew throughout the island nation that began at 6 p.m. local time, or 8:30 a.m. ET, and continues through the following morning.

On Sunday morning Trump responded to the attacks by tweeting, "138 people have been killed in Sri Lanka, with more that 600 badly injured, in a terrorist attack on churches and hotels. The United States offers heartfelt condolences to the great people of Sri Lanka. We stand ready to help!"