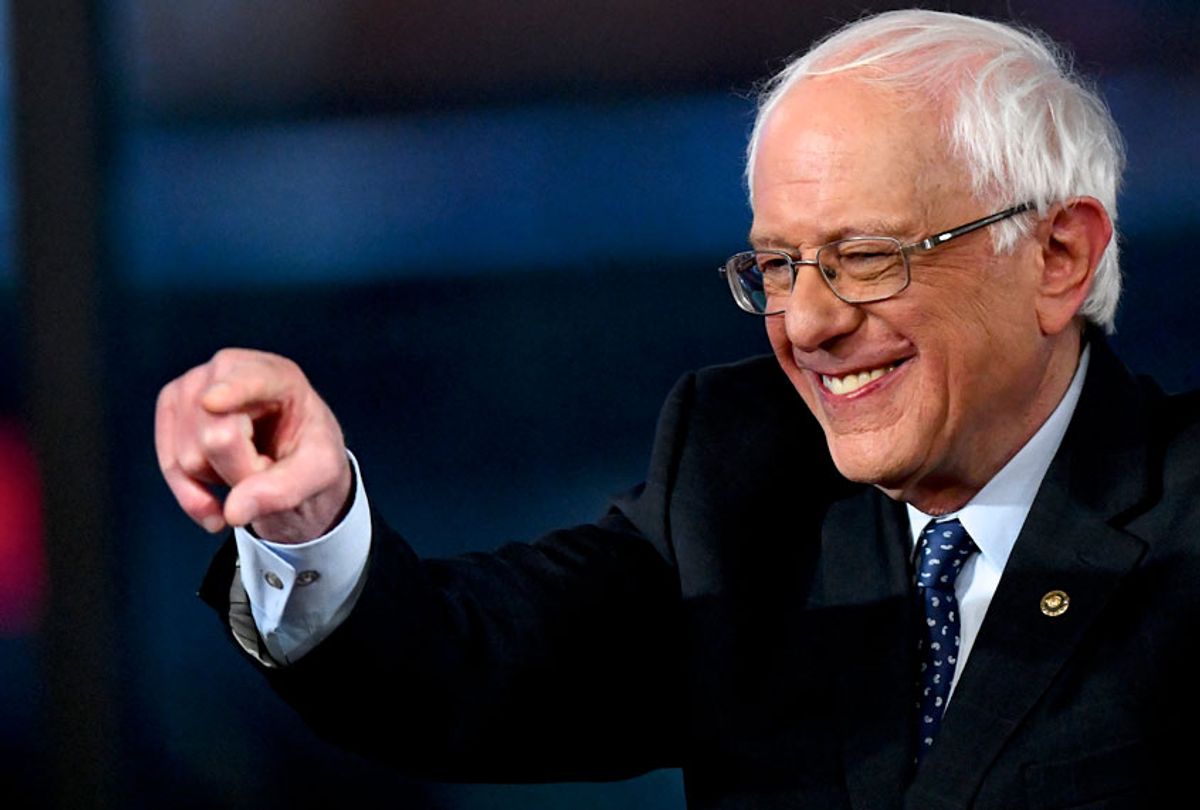 As vehemently critical as President Donald Trump and Sen. Bernie Sanders have been of one another, they have one major thing in common: they both have an ability to seriously outperform expectations. Sanders has said that his 2016 presidential campaign had a much greater impact than even he thought it would, and Trump had the last laugh when it came to all the pundits who insisted he couldn’t possibly win the 2016 GOP presidential nomination — let alone defeat Democratic nominee Hillary Clinton in the general election. And according to an Asawin Suebsaeng and Gideon Resnick report for the Daily Beast, Trump discreetly admires Sanders’ political and fundraising skills even though he denounces him as crazy and extreme at every turn.

Trump has bragged that he would love to see Sanders receive the 2020 Democratic presidential nomination because he would have no problem defeating a self-described “Democratic socialist” in the general election. But Suebsaeng and Resnick report that “in private,” Trump’s “view of a potential run against the senator is a lot more complex and less swaggeringly self-assured.”

According to Suebsaeng and Resnick, the president believes that in a Trump/Sanders matchup, he would ultimately be victorious. But while Trump, they report, “sees the senator as a vulnerable opponent, he also has offered begrudging respect for his political acumen” and “has been impressed with Sanders’ ability to ignite his base and draw a large crowd.”

For the article, the Daily Beast interviewed a few people who have been close to the president. One of them is BlazeTV’s Eric Bolling, who told the publication, “In my conversations with the president, both in interviews and privately, I get the sense the president has clearly taken notice of the amount of money that Sanders is raising, the amount of small donors and the passion of his followers.”

Nonetheless, Bolling told the Daily Beast that Trump believes a Sanders nomination would be “a gift to his reelection campaign because he believes America is not ready for a socialist president of any kind.”

Suebsaeng and Resnick also spoke to former Trump Communications Director Jason Miller, who told them that Trump “would love to run against Bernie Sanders because President Trump believes he would crush Bernie at the ballot box and be able to hit him over the head with his socialist rhetoric from now until the election.”

Nonetheless, Miller noted that at times, he has heard Trump describe Sanders as a skillful politician. Miller recalled that in 2016, he heard Trump express a “respect” for Sanders stemming from their mutual “distrust for the establishment.” And Miller told the Daily Beast that in 2016, Trump said he “never heard anyone clap for Hillary Clinton the way they clapped for Bernie.”

In addition to their interviews with some Trump allies, the Daily Beast spoke to Faiz Shakir, Sanders’ 2020 presidential campaign manager. Shakir asserted that Trump was disturbed by Sanders’ town hall on Fox News because the Vermont senator was speaking directly to Trump voters—and some of them seemed to be paying attention. Shakir asserted that when Trump tweeted about the town hall, “It did seem like a bit of a panic and a bit of fear that came through his tweets, and rightly so—because I do think what you saw in the Fox News appearance was what will end up being a very intentional and successful outreach by Sen. Sanders to voters who may have either voted for Donald Trump, may have had some sympathy or empathy towards him and have since soured on him.”

According to Shakir, Sanders believes he could defeat Trump in the general election but acknowledges that “it will not be a cakewalk to defeat him.”

Shakir told the Daily Beast, “There’s people out there whose hopes and fears are resting on us doing this right. We have to make sure we are doing everything right on this campaign.”