Resistance can't be tweeted: Social and political change is built on reading 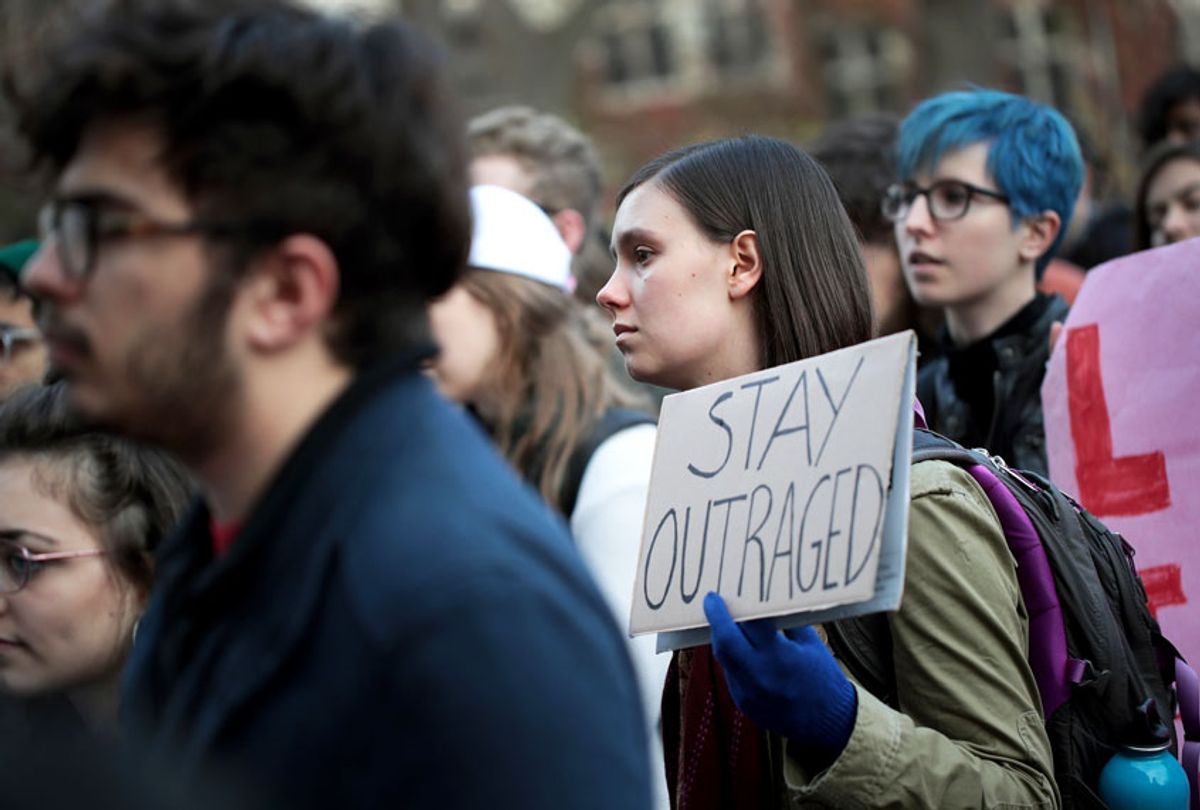 Finishing what the Mueller report necessarily left unfinished will require a lot more than a determined House Judiciary Committee, a miraculously reformed Senate, and a few prosecutions by U.S. attorneys. It will depend on millions of Americans doing a lot more than writing columns like this and sharing them with virtual friends or followers. Congress isn’t going to uphold the rule of law unless public resistance to current arrangements moves far beyond tweeting, texting and even signing petitions. But how far? And how?

The second question -- How did they do it? -- has two surprising answers: First, these movements and leaders did it for the most part without violence: Even the American Revolution "was effected before the War commenced ... in the Minds and Hearts of the People," wrote John Adams. Second, the best leaders and followers prepared for resistance and reconstruction with reading and reflection. American founders read Edward Gibbon on the Roman Empire's decay and John Locke and others on enlightened self-governance. Martin Luther King read the American theologian Reinhold Niebuhr and Gandhi on civil disobedience.

One of the best accounts of how that happened and what ensued from it is in the late writer Jonathan Schell's "The Unconquerable World: Power, Nonviolence, and the Will of the People." Schell, who died five years ago last month, recounts how future leaders who read history, philosophy and religion decided that power flows ultimately not from the few who are daunting, dazzling or wealthy but from seemingly powerless masses who stop obeying and who reconfigure their lives together without official permission or reward, through disciplined non-cooperation that’s nonviolent but all the more effectively coercive.

Time and again, Schell notes, would-be tyrants move "with refreshed ignorance" to dominate others, only to falter by grasping for power in the wrong stockpiles and strictures. A state that militarizes its police and floods its streets with soldiers, surveillance and thugs ends up displaying its impotence before massive but principled non-cooperation.

"How many [military] divisions has the Pope?" Stalin once quipped. But when John Paul II came to Warsaw in 1979, celebrated the Mass with a quarter of a million Poles, and urged the country’s Communist leaders to recognize the Solidarity movement led by Adam Michnick and others, Communist Prime Minister Wojciech Jaruzelski  looked so small beside him that it was clear that the regime’s years were numbered. (It collapsed in 1985.)

Some of the history makers I’ve mentioned did their reading and reflecting not in college or seminary but in prison or  underground. But recently I was reminded that most did it as students. Asked to compare Harvard and Yale undergraduates. I quipped that a Harvard student studying the great German sociologist Max Weber might ask, “What are three takeaways from Weber, and how will they help me when I’m secretary of commerce or the founder of Without-a-Tracebook?” A Yale student might come to class with a copy of Weber’s text heavily underlined, having pondered the passages during a long, soulful walk.

I was joking, but those caricatures did sketch a challenge facing today’s future leaders: Not many have time or inclination for long, soulful walks, let alone soulful reading. There’s some irony in the fact that Yale was founded, in 1701, to stop a Harvard-based social network from turning the Puritan "City upon a Hill” into a mad scramble for wealth in a world that was being connected and flattened by commerce: Puritans’ descendants would soon pilot slave ships across the Atlantic.

But dissidents at both colleges insisted that the world isn’t flat; it has abysses, opening unpredictably at our feet and in our hearts, and students need strong coordinates and compasses to plumb those abysses, face the demons in them, and sometimes even defy earthly powers on behalf of something higher.

You don’t need to be the Puritan theologian Jonathan Edwards (Yale class of 1720) to wonder if American colleges have lost their will and ability to temper students’ preparation for wealth-making and power-wielding with serious truth-seeking. The reasons aren’t only technological or economic, and they can’t be tweeted or blogged: Even a secular republic needs inspiring, intergenerational story lines that teach its young who they are and what they owe to one another and the world.

When Yale President Kingman Brewster Jr., a  descendant of Puritans on the Mayflower, presented an honorary doctorate to Martin Luther King Jr. at the 1964 commencement, he knew (as some alumni had forgotten) that the civil rights movement’s model of the Israelite Exodus from Egypt was the same one that his own ancestors had invoked to escape England for their promised land.

The Supreme Court and FCC are ensuring that every stake in new media, and, with it, almost all public discourse, is traded by algorithmically driven whorls of shareholders with no storyline but a bottom line. Market sensors prod us to buy even before we can tweet about it, much less think about it. If the predatory self-marketer in the White House gets his way by cracking down on colleges in the name of “free (-market) speech,” government censors won’t be far behind the proliferating market sensors.

Where can we find a civic storyline compelling enough to draw us to power that’s cooperative and strong enough to resist demagogues and plutocrats? Young Americans have flocked to the Harry Potter and “Lord of the Rings” universes which show how to be brave in adversity and loyal to friends and community against demons.

Some early colleges and schools offered what anthropologists call “rites of passage” to adulthood — intense bonding experiences in initiations that test not only students’ prowess but also their commitment to intergenerational storylines like the one that enabled Brewster and King’s handshake not only across the color line but also across time and space.

Although the Potterverse and LOTR dramatize rites of passage without actually putting youths through them, deeper reading does help: “Literature does not deal in information or announcement,” writes the literary critic Michael Wood. “It works over time, on the hearts and minds of its readers.” It activates “knowledge of stubborn, slippery or forgotten facts; knowledge of old and new possibilities.”

In the 1960s, Harvard’s Timothy Leary carried this a bit far, urging students to “Turn on, tune in and drop out.” A better answer now would be: Log off, dig deep -- read as deeply as that student who marked passages from Weber, and only then reach out.

A liberal education is most students’ last chance to plumb society’s abysses with wise guidance. If market riptides and government pressures turn colleges into career-networking centers for strivers unaccountable to any civic community or moral code, liberal education will become a game of money, power and public relations.

Universities are finding it hard to resist that game, but students and faculty can still do what citizen leaders have always done: Gather their forces and learn now to reorganize their lives by living for a while with great voices from other times and from our own, like Jonathan Schell's, in a great conversation across the ages about lasting challenges to politics and the human spirit.