Bernie Sanders: Even "terrible people" like the Boston Marathon bomber should have the right to vote

After Chris Cuomo pointed out Sanders had basically written a campaign ad against himself, the senator doubled down 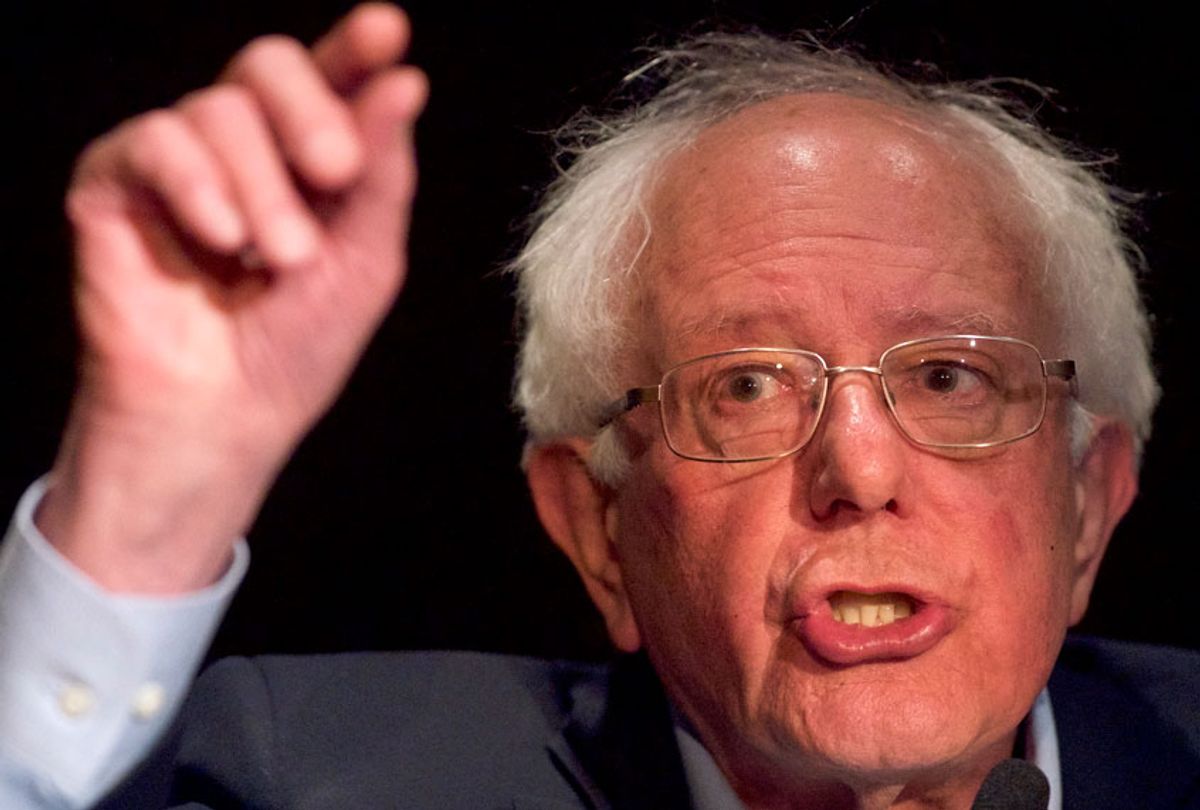 Sen. Bernie Sanders, I-Vt., told a CNN town hall Monday that he supports allowing felons to vote, including sex offenders and even the Boston Marathon bomber.

"Here is my view," Sanders told moderator Chris Cuomo after a member of the audience posed a question about whether felons like the Boston Marathon bomber and sex offenders should be given the ballot. "If somebody commits a serious crime — sexual assault, murder — they're going to be punished. They may be in jail for ten years, 20 years, 50 years, their whole lives. That's what happens when you commit a serious crime. But I think the right to vote is inherent to our democracy. Yes, even for terrible people. Because once you start chipping away, and you say, 'Well, that guy committed a terrible crime — not going to let him vote' or 'That person did that — not going to let that person vote,' you're running down a slippery slope."

"So I believe that people commit crimes — they pay the price. When they get out of jail, I believe they certainly should have the right to vote," Sanders continued. "But I do believe that even if they are in jail, they are paying their price to society, but that should not take away their inherent American right to participate in our democracy."

After Cuomo pointed out Sanders had basically written a campaign ad against himself by saying he thought the Boston Marathon bomber should be allowed to vote, Sanders doubled down on his position.

"Well, Chris, I think I have written many 30 second opposition ads throughout my life. This will be just another one," Sanders said while the audience laughed. "But I do believe . . . Look, this is what I believe: Do you believe in democracy? Do you believe that every single American — 18 years of age or older, who is an American citizen — has the right to vote? Once you start chipping away at that — believe me, that's what our Republican governors all over this country are doing. They come up with all kinds of excuses why people of color, young people, poor people can't vote. And I will do everything that I can to resist it."

Sanders also made headlines for an answer to a question about whether or not Democrats should focus on impeaching President Donald Trump.

"At the end of the day, what is most important to me is to see that Donald Trump is not re-elected president, and I intend to do everything I can to make sure that doesn't happen," Sanders said, according to CNN.