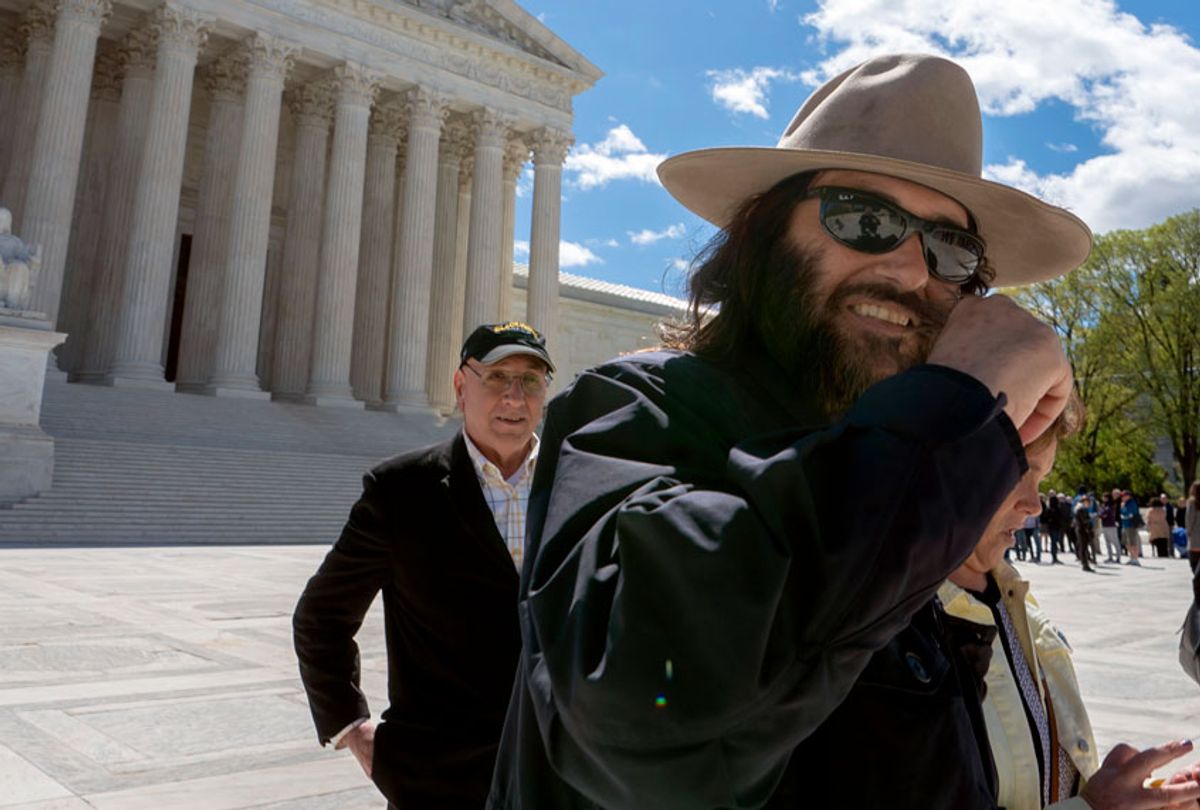 When’s a brand too scandalous to trademark?

That’s a question the Supreme Court will soon decide in a case that tests the constitutional limits of free speech.

I attended the oral argument on April 15, when lawyers representing streetwear clothing label FUCT argued the company has a right to register its brand as a trademark, which helps protect against copycats. The United States Patent and Trademark Office had rejected it on the grounds that FUCT is “immoral” and “scandalous.”

As a trademark attorney and scholar, I believe it’s time the U.S. stopped enforcing an impossible-to-apply moral standard in trademark law — as it has in many other legal domains. Here’s why.

It is perhaps appropriate that this case arose from a streetwear label famous for testing the limits.

While it’s commonplace today for clothing labels to adopt a provocative ethos and image, FUCT founder Erik Brunetti was a trailblazer of edgy streetwear fashion when he started the company in 1990. The name was meant to embody the company’s outlaw image — a corporate-looking logo with an anti-authoritarian pronunciation and subversive message.

A popular style involved prints of the brand name in the font style of the Ford logo, which can be found on T-shirts and hats. The brand quickly became a cultural icon, with its gear worn by skateboarders, punk rockers and even members of the band Nirvana.

As the popularity of the label grew, it engendered fake FUCT merchandise. In order to protect his mark more effectively around the world, Brunetti applied to register it with the U.S. Patent and Trademark Office in 2011.

In rejecting Brunetti’s application, examiners argued he ran afoul of a more than century-old provision in trademark law.

"Offensive to the conscience"

The prohibition on registration of immoral and scandalous trademarks has been in existence since Congress passed the Trademark Act of 1905. It says any mark that “consists of or comprises immoral or scandalous matter” will be rejected.

Today, scandalous is defined as “shocking to the sense of propriety, offensive to the conscience or moral feelings or calling out for condemnation.”

I and other scholars have long questioned the wisdom of having the trademark office as an arbiter of a collective and ever-evolving moral standard. That’s because trademarks serve a valuable function in the marketplace by identifying the source of a good or service, helping consumers trust where something they buy comes from and preventing deception.

What matters is source quality — not moral quality.

And because the prohibition affects registration but not use, I have found that it is ineffective at keeping offensive trademarks out of the marketplace. In addition, decisions based on this provision are wildly inconsistent.

If FCUK is fine, why not FUCT?

While the U.S. has moved away from regulating morality in other areas such as broadcasting — and in other forms of intellectual property such as copyrights and patents — the government continues to do so when it comes to granting valuable legal rights through trademark registration.

Trademark examiners evaluate the meaning of a mark in the context of the current attitudes of the day. For example, in 1938, the trademark office rejected a request to trademark Madonna as a wine brand on grounds that the word is religious in nature. A half century later, the office apparently no longer had a problem with granting such trademarks when it approved one for Madonna rosé wine.

Since the perception of what is and isn’t scandalous is constantly changing, it’s difficult for the trademark office to keep up. And trademarks that are considered scandalous or immoral to one examiner may be acceptable to another.

As a result, the trademark office records are rife with inconsistencies. In recent years, examiners have approved trademarks containing words such as “whore,” “bitch,” “penis” and “pothead” while rejecting others with the same terms.

And the office has even approved clothing trademarks remarkably similar to FUCT, including FCUK, the F word and Fvck Street Wear.

In the case of FUCT, the rejection was based on the idea that the homonym would be perceived as equivalent to the vulgar word it sounds like.

Two years ago, the Supreme Court cited the First Amendment in striking down a prohibition against trademark registration for marks that disparage individuals or groups. I believe the justices should do the same in the FUCT case.

A concern some justices expressed during oral arguments is that allowing trademark registration of offensive terms could be perceived as some sort of government endorsement of that language.

I disagree, but more importantly trademark law shouldn’t police morality. It is terrible at doing so.

And now that the court has deemed registration of racist and sexist trademarks as permissible, to then draw the line at “scandalous” or “immoral” ones would be a terrible message to send to disadvantaged groups typically on the receiving end of those types of offensive marks.

Otherwise, we may well be FUCT.