“Knock Down the House”: Netflix releases trailer for documentary on rise of Alexandria Ocasio-Cortez

The film addresses the fact that AOC took on incumbent Democratic Rep. Joe Crowley and won her party’s nomination 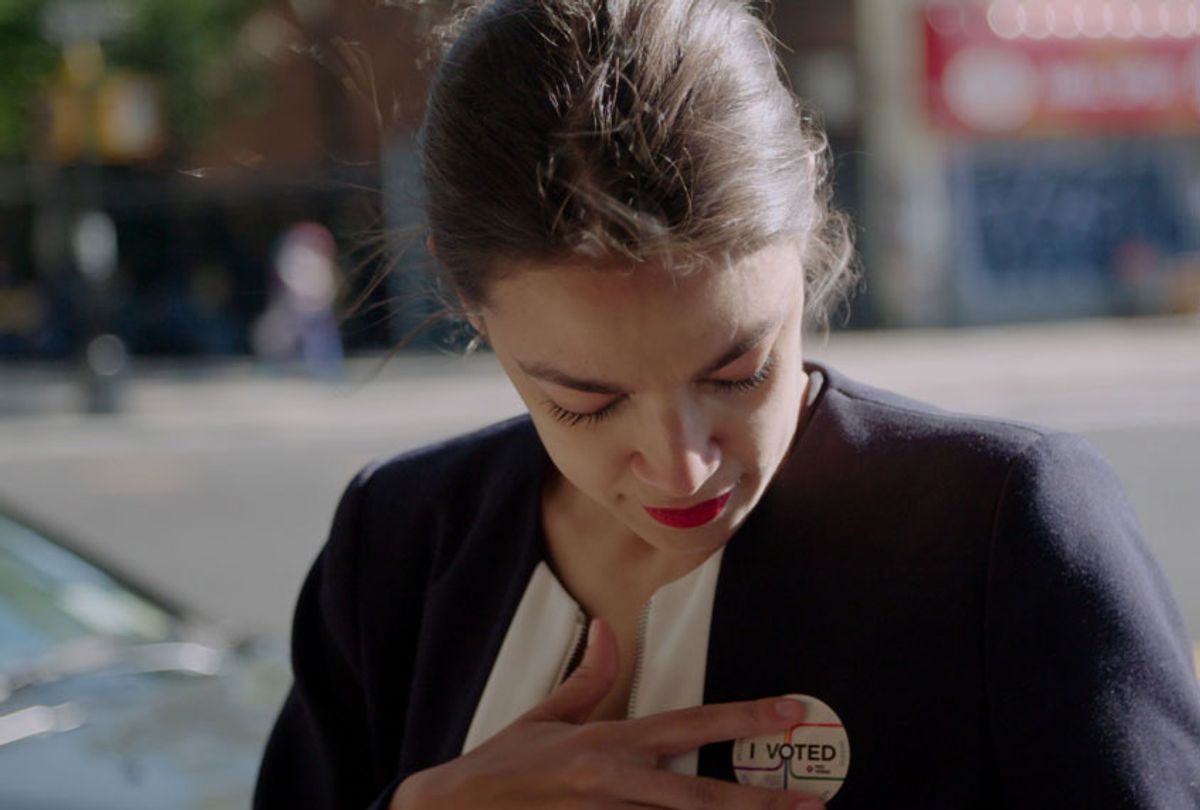 The 2018 blue wave was impressive not only because of all the wins by Democrats, who enjoyed a net gain of 40 seats in the House of Representatives, but also, because record numbers of them were women, from unapologetic progressives like Rep. Rashida Tlaib and Rep. Ilhan Omar to more centrist candidates such as Sen. Kyrsten Sinema of Arizona and Rep. Abigail Spanberger of Virginia. And “Knock Down the House,” a Netflix documentary due to go live on May 1, focuses on four of the liberal/progressive female candidates who ran in 2018.

The candidates profiled in the documentary are Rep. Alexandria Ocasio-Cortez, Cori Bush, Amy Vilela and Paula Jean Swearengin. Ocasio-Cortez is the only one of the four who won and is, hands down, the most famous—at 29, she has become the most prominent Millennial voice in the democratic socialist movement that Sen. Bernie Sanders inspired in 2016.

Bush, a registered nurse, challenged incumbent Rep. Lacy Clay from the left in a Democratic primary in Missouri. Clay won the primary and went on to defeat Republican Robert Vroman by 64% in the general election.

Amy Vilela ran in the 2018  Democratic primary in Nevada’s 4th Congressional District and lost to Steven Horsford, who defeated Republican Cresent Hardy by 8% in the general election. One of Vilela’s top issues has been universal health care: she believes that her 22-year-old daughter, who lacked health insurance and suffered from deep vein thrombosis, wouldn’t have died if she had been uninsured.

“Knock Down the House” addresses the fact that Ocasio-Cortez took on incumbent Democratic Rep. Joe Crowley and won her party’s nomination—a major shocker in New York City. Crowley was a high ranking Democrat, yet AOC defeated him the primary before defeating Republican nominee Anthony Pappas (an economics professor at St. John’s University) in the general election.

“We’re doing something very controversial,” AOC says in the documentary. “People say, ‘How dare you mount a challenge to someone who is so established.’”