"Can we tell our own stories? Because we tell your stories all the f**king time," the actress said 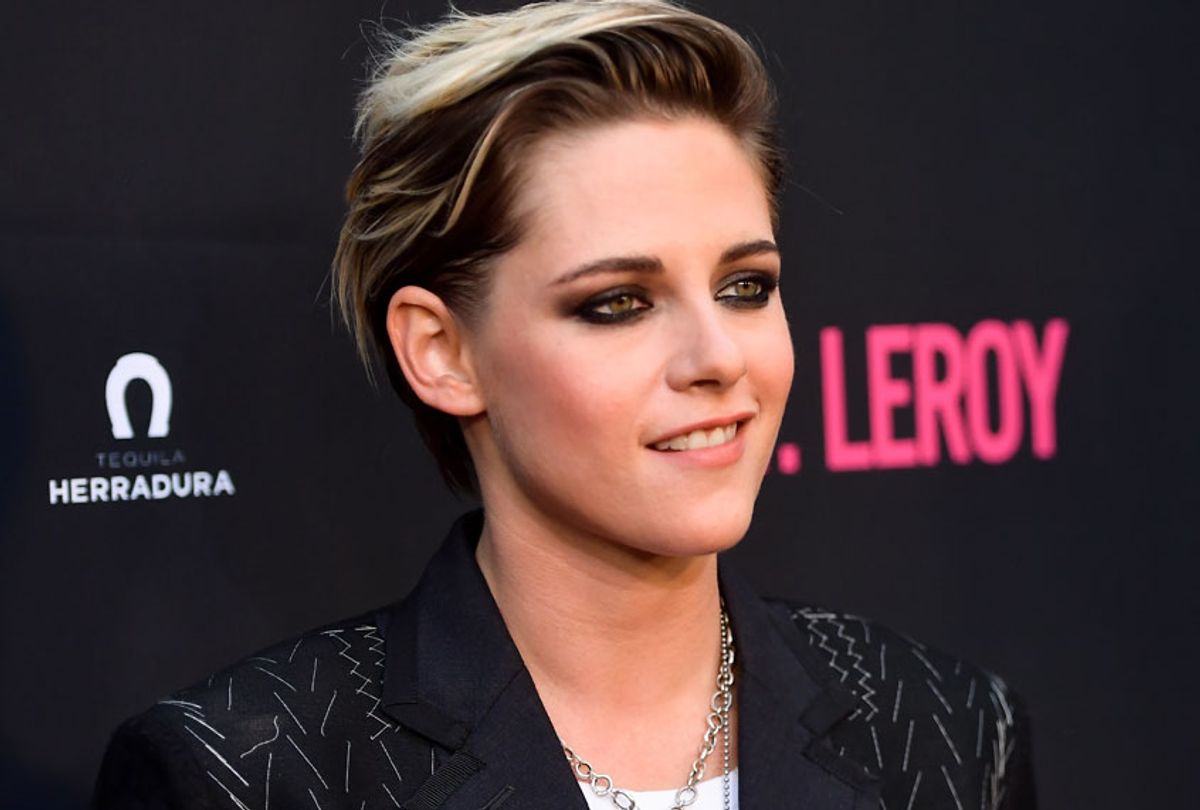 Like most actresses, Kristen Stewart is ready for a sea change in Hollywood. In the years leading up to her coming out officially on “Saturday Night Live” in 2017, Stewart made some of her best work — (“Personal Shopper” and “Certain Women” both came out in 2016) — but it is only in the last few years that she has embraced playing overtly queer characters. In last year’s “Lizzie,” Stewart played impressionable lover to Chloë Sevigny’s murderous Lizzie Borden. She plays another real life character in “JT LeRoy,” in theaters this weekend, which capitalizes on early aughts nostalgia by dramatizing a literary heist that fascinated the world.

Stewart served on the 2018 Cannes Film Festival competition jury alongside Cate Blanchett and Ava DuVernay; that year the women of Cannes loudly condemned the festival’s dearth of women filmmakers. The actress has never been afraid to speak her mind, especially when it comes to questions of representation in Hollywood. When asked how she thinks Hollywood is handling queer stories during a recent interview with IndieWire, Stewart said “Still, it is exciting,” but said she saw room for improvement.

“It’s weird, because so many of the people creating the content are queer or are not straight, down the line straight,” said Stewart, with a caveat that she did not want to generalize. “Yet, I think that a lot of people who have grown up and are not as young, and who have been trying to make their art and have it be consumable and have it be in a commercial setting…a really common prevalent reaction has been to be quiet. I think that their shame has been regurgitated back on them. So only now are we going — ‘oh wait, OK we do our jobs really well, but can we tell our own stories? Because we tell your stories all the fucking time.’ And it’s like, we got really good at that.

Stumbling over her words a bit, she added: “Again, not to generalize, but it’s like our business is, like full, like we’re all, it’s just a ton of gay people!”

While recent period dramas, including “Lizzie,” “Colette,” and Oscar winner “The Favourite,” have shed light on queer lives of yore, Stewart pointed to historical dramas as one of Hollywood’s blind spots.

Read more IndieWire: Kristen Stewart Plans to Direct Bisexual Drama 'The Chronology of Water,' Explains Why She Would Play A Male Character

Stewart will have a chance to correct the balance when she makes her feature directorial debut, “The Chronology of Water.” Based on the sexual coming-of-age memoir by Lydia Yutkavich, the movie is currently in pre-production. So how will that film stack up against other queer stories?

“‘Chronology of Water’ is in terms of that, really it’s a strong swimmer and it’s entirely fluid,” Stewart said.