Judges found 34 districts were so severely gerrymandered that they violated the U.S. Constitution 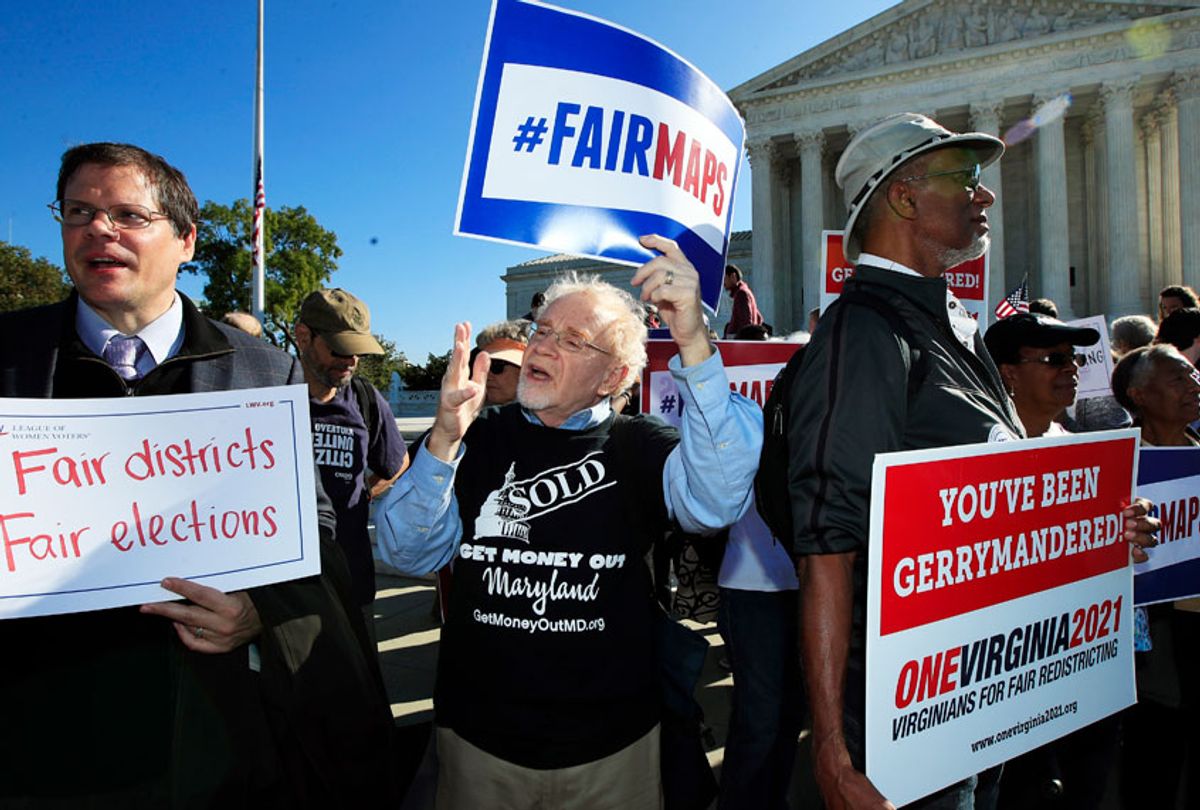 The judges in the U.S. District Court of the Eastern District of Michigan blocked the state from using the current maps, drawn by the GOP-controlled state legislature in 2011, in future elections. They ruled in a 146-page court filing the state must draw new congressional and legislative maps to be used in the 2020 elections, potentially laying the groundwork for a more favorable electoral battlefield for House Democrats who flipped two seats in the Wolverine State last November during the 2018 midterm election cycle.

"This Court joins the growing chorus of federal courts that have, in recent years, held that partisan gerrymandering is unconstitutional," the court said in its ruling. "We find that the Enacted Plan violates Plaintiffs' First and Fourteenth Amendment rights because it deliberately dilutes the power of their votes by placing them in districts that were intentionally drawn to ensure a particular partisan outcome in each district."

The court ruled that 34 districts — a combination of congressional, state House and state Senate lines — were unconstitutionally gerrymandered to favor Republicans in order to "enjoy durable majorities in Michigan's congressional delegation and in both chambers of the Michigan legislature for the entire decade."The judges found all 34 maps violated the First Amendment's right to free speech and association by "deliberately discriminating against Democratic voters."

They also ruled 27 of the state legislative maps in question violated the 14th Amendment's broad guarantee of equal protection by "packing" some Democratic voters into overwhelmingly Democratic districts, while others were "cracked" into Republican-leaning districts. The lines drawn by the GOP lawmakers were intended, the court found, to "maximize Republican advantage."

The panel also ordered the state to hold special elections in November 2020 for affected state Senate districts, instead of in 2022 as currently scheduled. The panel ordered state lawmakers to redraw new maps by Aug. 1, in time for the 2020 elections, and have them signed into law by Democratic Gov. Gretchen Whitmer. The court will draw remedial maps if that deadline is missed, or if the new maps fail to address the "constitutional harm" the court found.

The ruling came in response to a federal lawsuit from the League of Women Voters, representing individual Michigan citizens, who had challenged the state's 162 legislative and congressional districts.

This order comes just one month after the U.S. Supreme Court heard arguments in two major partisan gerrymandering cases from North Carolina and Maryland, where lower courts had ruled some congressional maps were unconstitutionally drawn. The high court's decision, which is expected to be issued in June, will likely determine the fate of Michigan's maps.

But the judges in the Michigan case appeared to be writing directly to the Supreme Court and pleading the high court justices to crack down on partisan gerrymandering.

"Partisan gerrymandering 'enables politicians to entrench themselves in power against the people's will. And only the courts can do anything to remedy the problem, because gerrymanders benefit those who control the political branches,'" the panel wrote, quoting a concurring opinion from Justice Elena Kagan.

"Federal courts must not abdicate their responsibility to protect American voters from this unconstitutional and pernicious practice that undermines our democracy," the judges added. "Federal courts' failure to protect marginalized voters’ constitutional rights will only increase the citizenry's growing disenchantment with, and disillusionment in, our democracy, further weaken our democratic institutions, and threaten the credibility of the judicial branch."

Whitmer urged the parties involved not to appeal the court's decision.

"The court reached a unanimous decision, which found clear evidence of partisan gerrymandering in the state of Michigan. These unfair maps weaken our democracy, which is why the governor is urging all parties involved in this case to allow this ruling to stand so we can get to work drawing fair maps prior to the 2020 election," the governor said in a statement.

Although the outcome of the case pending at the Supreme Court remains unknown, anti-gerrymandering advocates appeared to celebrate Thursday's decision.

"Today is a great victory for the voters of Michigan and for our democracy," Judy Karandjeff, president of the League of Women Voters of Michigan, the plaintiff in the case, said in a statement. "The state will now draw new district lines before the next federal election, which now will better reflect the makeup of the voters — not the interests of the politicians."