Beyond the gerrymander: Here's how to fix our unfair winner-take-all electoral system

Believe it or not, Brett Kavanaugh has a point: We need big, bold ideas to fix a profoundly unfair system 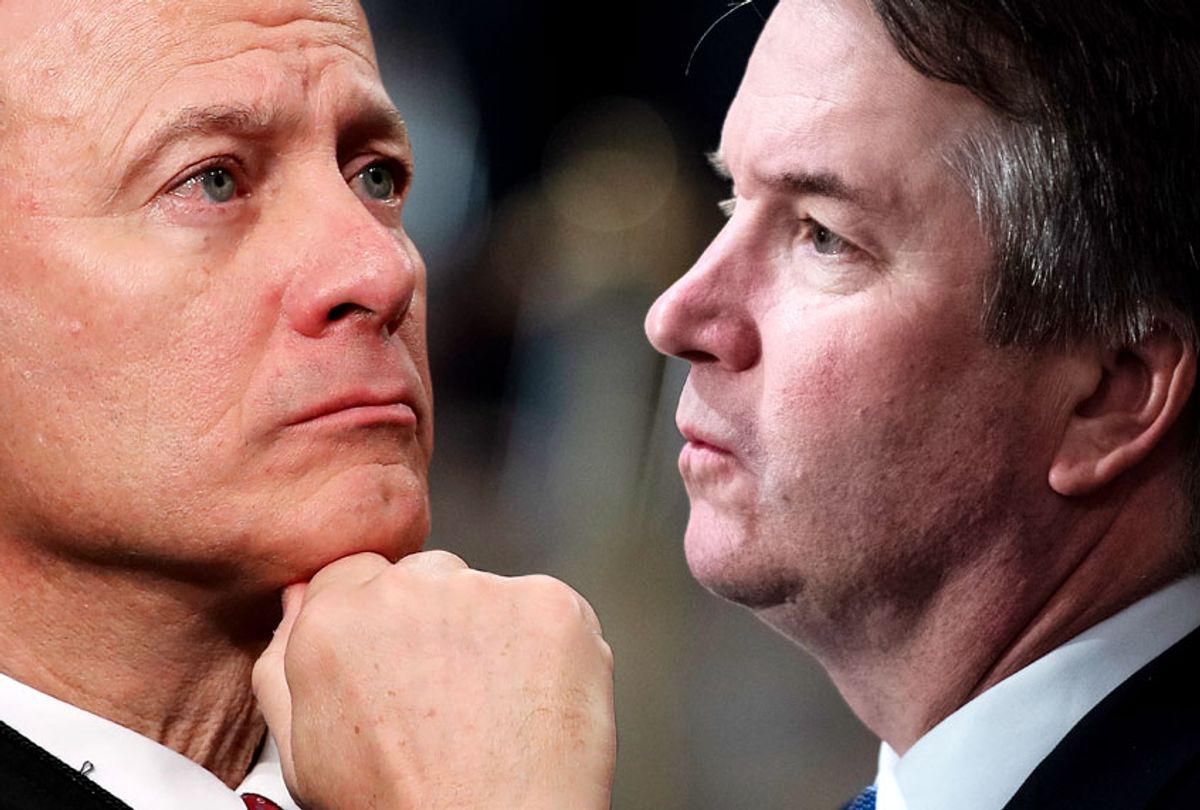 There are plenty of Republicans in New England. After all, the last three gubernatorial elections in Connecticut have been nail-biters, but Democrats have won all five congressional seats every year since 2008. Nearby Massachusetts has only elected a single Democratic governor since the days of Michael Dukakis, but has sent an entirely blue House delegation to Washington since 1996.

And there are just as many Democrats in the South. Kentucky keeps electing Democrats to major state offices, yet the GOP controls five of the state’s six congressional seats. Republicans hold seven of the nine seats in Tennessee, even though far more than a quarter of the state’s voters prefer Democrats.

So while voting rights advocates left last week’s Supreme Court arguments on partisan gerrymandering with an unusual feeling -- optimism -- the Court could cure the most toxic congressional maps while doing little to undo a system warped not only by politicians, but by the nature of our single-district, winner-takes-all politics.

A decision that ends partisan gerrymandering would be a welcome and necessary step. But as the newest justice, Brett Kavanaugh, recognized during oral arguments, it’s a problem when a state’s congressional delegation is wildly misaligned with the overall politics of the state.

The retirement of Justice Anthony Kennedy seemed to leave Chief Justice John Roberts -- a longtime skeptic of asking federal courts to police state legislators who draw themselves and their parties advantageous districts -- as the decisive voice in crucial cases involving two of the most extreme congressional maps. But as Kavanaugh questioned attorneys from Maryland, where Democrats turned Maryland’s sixth congressional district inside out in order to lock down seven of the state’s eight seats, he opened the door to an entirely new way of thinking.

Perhaps surprisingly, both Roberts and the newest justice, Brett Kavanaugh, suggested that extreme gerrymanders -- which target voters based on their political beliefs, and make it more difficult for voters to cast a meaningful ballot and elect a member of their choosing --  could violate the First Amendment as state-enforced viewpoint discrimination. Maryland’s gerrymanders may have struck a sore spot: Both justices live in Maryland, so they have personal knowledge of what it’s like to live in districts that have been cracked and packed.

“You’ve got Easton grouped with Carroll County,” Kavanaugh observed, which places a farming town on the border of Pennsylvania in the same district as a pastoral seaside town on the eastern banks of the Chesapeake Bay. Kavanaugh then turned his attention to how the court might determine when a map might be ruled unconstitutional. “The 7-1 is a problem.” But what if the map was 5-3? “Almost certainly not a problem. Which I think has got to be right,” he mused. A map that produced five Democrats and three Republicans “sounds like something where that’s balanced,” he suggested, and “would be OK, because it’s close to the proportion of Democrats and Republicans in the state.”

But if that kind of fairness is right for Maryland and North Carolina, shouldn’t we also seek partisan fairness in states like Connecticut and Tennessee? Single-member congressional districts, of course, make it impossible for state congressional delegations to perfectly mirror the statewide popular vote by party.

And as Justice Elena Kagan pointed out, researchers measuring the partisan bias of any given congressional map use more complicated tools than just the breakdown of Democratic and Republican votes. In the North Carolina case before the court, for example, a Duke University researcher produced almost 25,000 neutral maps using official redistricting criteria. Fewer than 1 percent of those maps elected 10 Republicans and three Democrats. More than 80 percent of them produced something closely divided: Seven Republicans and six Democrats, or seven Democrats and six Republicans.

“All of the maps show that a 10-3 configuration is not the natural one,” Kagan said, “not because it’s not proportional representation. It’s just not the way anybody can district given the actual political geography on the ground, unless you absolutely try to overrule that political geography.”

It would be difficult, of course, to draw a district in Massachusetts or Connecticut that a Republican might win, or another in Kentucky or Tennessee that might be in play for a Democrat. Nevertheless, representation in these states is warped just as seriously as it is in places like North Carolina. North Carolina’s map is outrageous. But so is the fact that the half-million Republicans in one of the five boroughs of New York City have no one speaking for them in the supposed people’s House.

The court could order relief for North Carolinians. But we must also take on the underlying problem that warps representation and helps push our politics to extremes. It’s not that we need proportional representation for the smallest of parties -- just fair representation for most of us. Single-member, winner-take-all districts lock even large minorities of like-minded voters completely out of power. This is as serious a threat to our democracy as rigged maps. This system makes it difficult for rural Democrats to win office, and just as challenging for liberal Republicans, let alone third parties of all stripes. It encourages ideological conformity inside parties and forces out unpredictable politicians who might serve as bridge builders.

We could fix this, and it wouldn’t require a Hail Mary at the high court. Congress could simply pass the Fair Representation Act, as proposed by Rep. Don Beyer, a Virginia Democrat. Beyer would replace our winner-takes-all system with a  fairer system that would allow every vote to matter and everyone to win their fair share of seats. It calls for ranked choice voting to elect House members, combined with moderately larger districts of three, four or five representatives along the lines of ones used widely in state and local elections. These two reforms, together, would not only dramatically transform our politics, but ensure that all sides win only the seats they deserve in every single state.

Paul Clement, the attorney who represented North Carolina’s mapmakers, warned the Supreme Court that if it tried to rebalance the congressional delegation there, that could open up additional litigation in other states around the country where political geography, not gerrymandering, gets in the way of partisan fairness. “You would be saying, get ready, Arkansas, Kansas, Massachusetts, Oklahoma, Alabama, Kentucky, Tennessee,” Clement told justices.

Actually, that sounds like a great idea. Clement’s concern about proportionality can be understood this way: Those in power don't want to share it fairly. That those who are suing to end partisan gerrymanders have also backed away from the simple principle of greater proportionality is a broader indictment of a winner-take-all system that isn’t designed to be fair.

If we want to fix the fundamental problem of representation, and mitigate the extremism and dysfunction it helps sow, we must think bigger. Kavanaugh’s instincts are exactly right. This moment of change -- at a time when the nature of the U.S. Senate, the makeup of the Supreme Court and the future of the Electoral College are all under debate -- is the perfect time to start.