Buttigieg's magical mystery tour would invite reporters to get on the bus and grill the candidate anytime, anywhere 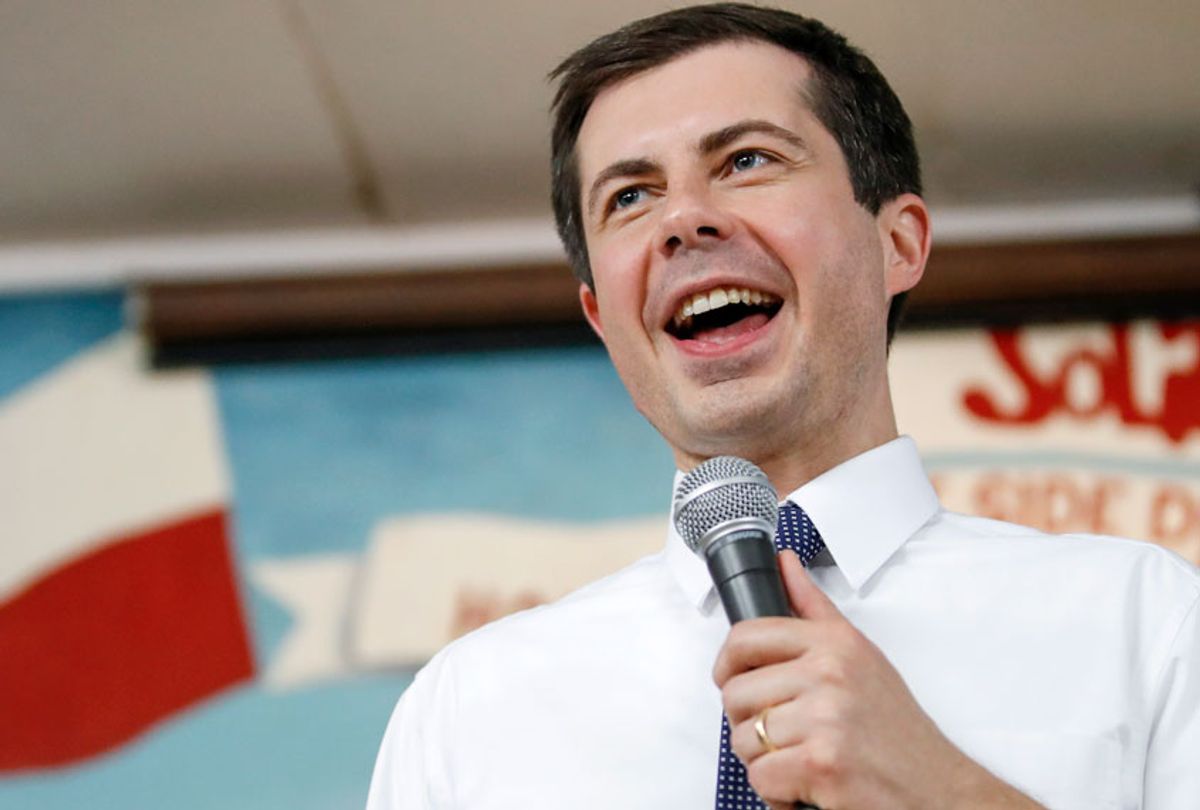 Pete Buttigieg, the 37-year-old mayor of South Bend, Indiana, who has become a plausible contender for the Democratic presidential nomination, is considering emulating a bus tour strategy used by the late Sen. John McCain when he ran for president in 2000, one of his aides told Politico.

Lis Smith, a longtime Democratic operative and Buttigieg's communications adviser, told the news outlet that she'd like to replicate the "Straight Talk Express" campaign bus McCain famously employed when he sought the Republican presidential nomination for the first time, in a losing campaign against George W. Bush. Just as McCain did, Smith would invite reporters aboard to travel with Buttigieg and interview him as much as they want, day after day.

Smith told Politico she has been studying the strategy used by the late Arizona senator's campaign and reaching out to journalists who covered it. She also said she has been in regular contact with GOP political strategist John Weaver, who masterminded McCain's "Straight Talk Express."

"I am a liberal Democrat, but I was so into the McCain thing. I romanticize it. I have talked to all the guys who see in the shots. I f**king love John McCain. Why do I f**king love John McCain? Because he was a badass. He was out there," Smith said. "He was going up against George Bush, who had $50 million and he had $4 million, and so he just decides to tear up the playbook and put himself out there. And if people like it they like it, and if they don't they were probably never going to vote for you anyway."

Weaver expressed support for the initiative and explained how it can benefit presidential candidates.

"It's really hard to do a hit piece on a guy who you are going to see the next morning over coffee and donuts. It takes the edge off a bit," Weaver told Politico. By using a campaign bus, he said, "Maybe a story that would be 80-20 bad you can get down to 60-40 bad, and that little bit is worth it."

Smith, who served as deputy campaign manager for former Maryland Gov. Martin O'Malley's failed presidential campaign in 2016 and worked as director of rapid response for Barack Obama's re-election effort in 2012, is the quiet power player behind Buttigieg's dark-horse bid for the White House. So far, her efforts appear to be bearing fruit.

Buttigieg, the mayor of the fourth-largest city in a red state, was largely unknown outside Indiana until recently, but has surged in polls of likely 2020 Democratic primary voters in the last few weeks. He's suddenly everywhere in the media, from cable TV  and NPR to Ebony, Vogue and the New Yorker.

The new Democratic media darling was first elected mayor of his hometown in 2011 at age 29, making him the youngest mayor of a midsize U.S. city. He graduated from Harvard University, where he hung out with Facebook CEO Mark Zuckerberg; "summer-interned for Ted Kennedy, worked for John Kerry's presidential campaign, won a Rhodes Scholarship, learned Arabic in Tunisia . . . and volunteered for active duty in Afghanistan while serving as mayor, came out as gay in the local newspaper, married a schoolteacher live on YouTube, turned heads in a dark-horse bid to lead the Democratic National Committee, and had the New York Times's Frank Bruni gushing about him as potentially the 'First Gay President'— all by age 36," the Washington Post's Bob Moser wrote of Buttigieg in a profile of the mayor titled, "Could Pete Buttigieg Become the First Millennial President?"

Buttigieg's newfound national fame, thanks to his evolution from smallish-town mayor to serious presidential contender, could make his bus tour a major draw. But only time will tell if his buzz will keep building into ballot momentum by the time the Democratic primaries and caucuses roll around.