Trump often claims the U.S. economy is "better than ever." But most Americans, and 82% of Democrats, don't agree 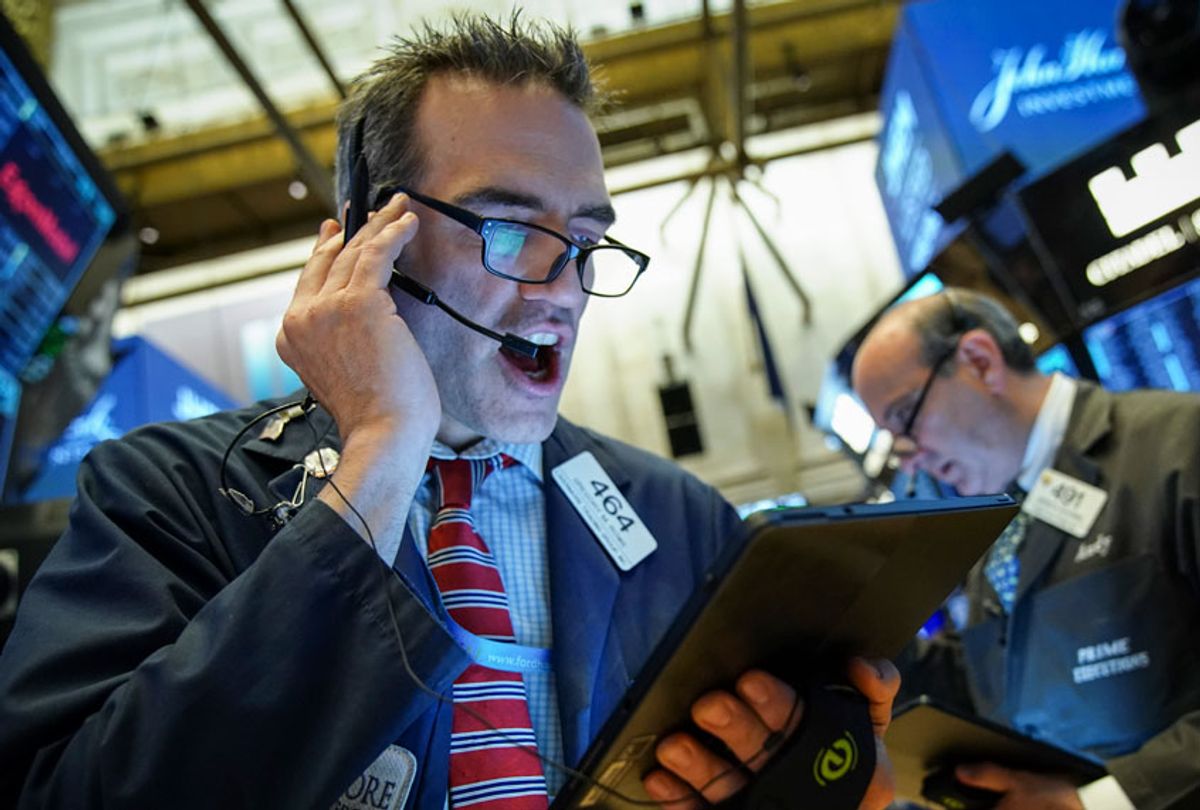 Traders and financial professionals work on the floor of the New York Stock Exchange (NYSE) at the opening bell, April 24, 2019 in New York City. (Getty/Drew Angerer)
--

President Donald Trump frequently claims the U.S. economy is "booming" and "better than ever," but most Americans aren't buying it.

According to a Washington Post/ABC News survey released Monday, 62 percent of U.S. adults believe the "economic system mainly benefits those in power rather than all people."

Breaking down the numbers by party affiliation, the poll found that 82 percent of Democrats, 68 percent of independents, and 34 percent of Republicans think the fruits of the American economy are flowing primarily to the top of the income distribution.

As the Houston Chronicle reported last week, citing data from the Bureau of Labor Statistics, "median earnings of workers hardly budged in the first quarter of 2019, compared to the same quarter last year."

According to the Economic Policy Institute (EPI), the average worker bonus in 2018 "was just $0.01 higher than in 2017," contradicting Trump's claim that his $1.5 trillion in tax cuts would substantially reward the working class.

Massive corporations and rich Americans, by contrast, have seen their profits and pay soar thanks to Trump's tax plan, which remains deeply unpopular.

"President Trump's strongest case for reelection remains the country's healthy economy, but the potency of that issue for him is complicated by a widespread belief that the economy mainly benefits people already in power," the Post's Seung Min Kim and Scott Clement reported Monday.

Most Americans also feel that the U.S. political system is skewed to reward the powerful — 72 percent of U.S. adults believe the American political system "works to benefit those in power" rather than "all people," the Post/ABC survey found.