Joe Biden says that if Trump obstructs congressional investigation, impeachment may be appropriate 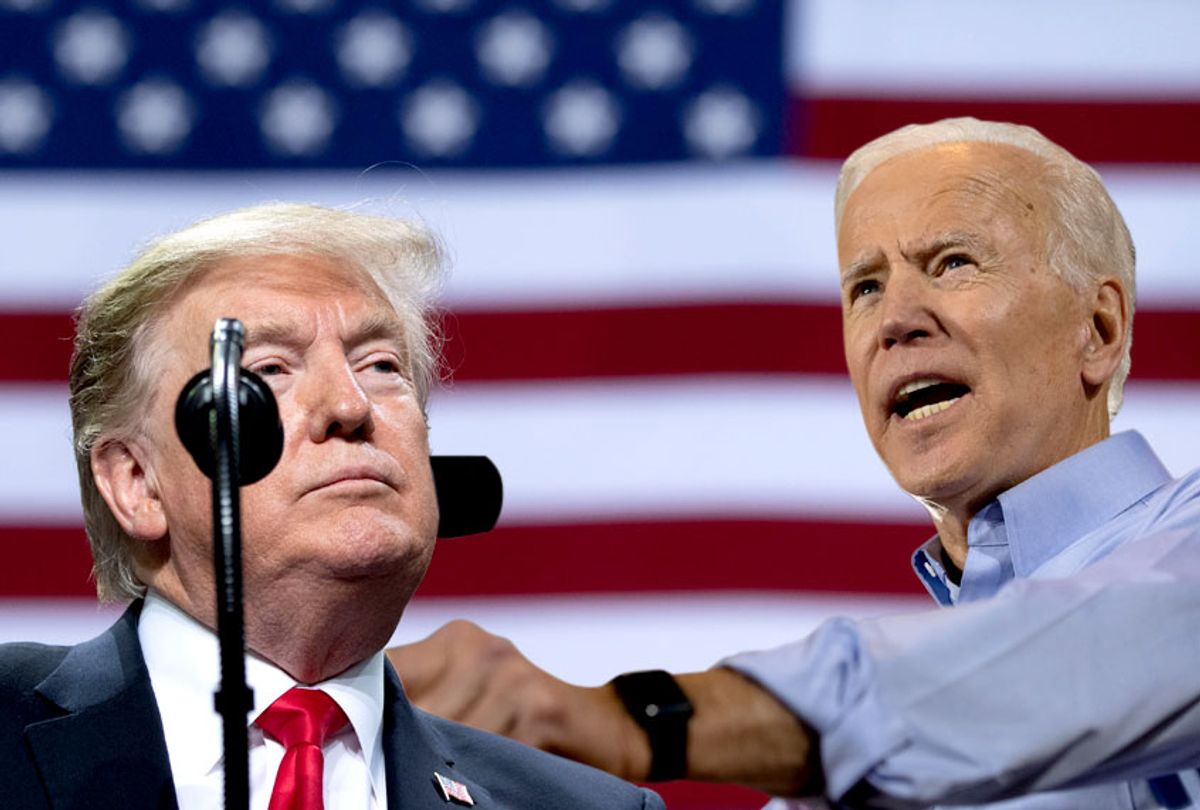 Former Vice President Joe Biden told "Good Morning America" on Tuesday that he believes President Donald Trump should be impeached if he tries to impede congressional investigations into alleged misconduct by himself and his associates.

"One, there was Russian interference," Biden said when asked about the conclusions he reached regarding special counsel Robert Mueller's report. "Without any question, Russian interference, number one. Number Two, there are elements of the report, in the second phase of the report, about seven or eight things that are left undone, that were not within his purview to investigate, he thought. The Congress is attempting to take that up. And what the Congress should do, and they are doing, is investigate that. And if in fact they block the investigation, they have no alternative but to go to the only other constitutional resort they have, which is impeachment. But my job in the meantime is to make sure he's not back as President of the United States of America."

Biden also discussed the accusations that he has made women uncomfortable in the past through touching that they felt violated their personal boundaries (he has not been accused of sexual misconduct).

"I've always thought that part of leadership, part of politics was listening to people, hearing them, making them feel comfortable," Biden said, according to ABC News. "It's my responsibility to be more sensitive to whether or not someone wants me to reassure them or wants to say hello or wants to show affection and support. And that's my responsibility."

Biden has been touching on a number of hot button issues since announcing his presidential candidacy for 2020. During a speech in Pittsburgh on Monday — his first major campaign address since announcing that he was seeking the White House in this election cycle — Biden told the audience that "whether you're covered through your employer or on your own or not, you all should have a choice to be able to buy into a public option plan for Medicare… Your choice. If the insurance company isn't doing the right thing by you, you should have another choice," according to Newsweek.

A Biden adviser further clarified the vice president's position to the Washington Post, explaining that "we are all trying to get to a place where we achieve universal health care. I think he sees it like that,” the adviser said. “But if they want to go after him and Obama about their approach to health care, bring it on."

Biden was recently criticized by a Sanders campaign aide for attending a fundraiser with a health insurance executive in Philadelphia, implicitly arguing that Biden was part of the institutional problems that the Sanders campaign wishes to rectify.

"Anyone defending the current dysfunctional system needs to explain why the average family should have to pay $28,000 a year for health care, while the CEO of Independence Health Group Daniel Hilferty made $4.8 million last year," the Sanders campaign aide said.

The former vice president has been one of the top two frontrunners in most polls taken since the 2016 presidential election, along with Sanders.