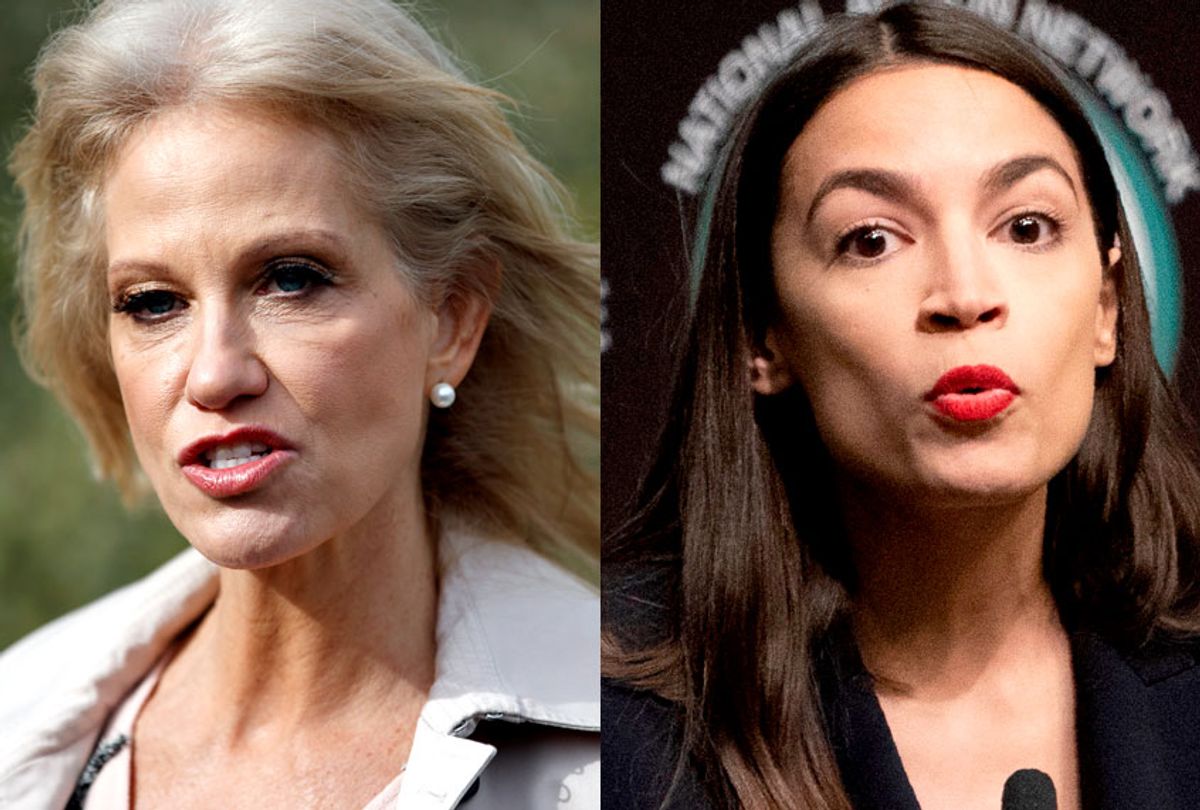 Kellyanne Conway told CNN’s Jake Tapper Sunday that Rep. Alexandria Ocasio-Cortez (D-NY) did not tweet as much about church bombings in Sri Lanka as she did about the Christchurch, New Zealand Mosque bombing. It evidently made Conway speculate that the freshman Democrat isn’t Christian enough.

Conway was asked by Tapper about President Donald Trump’s lack of a response to the church fires in Louisiana. But Conway used the opportunity to attack the Congressperson known colloquially as AOC.

Conway was quickly blasted by a Twitter user, which she then used as an opportunity to blast Democrats.

It’s unclear what the difference is between Christians and “Easter Worshippers,” as most Christians celebrate Easter.

AOC had her own response to Conway: