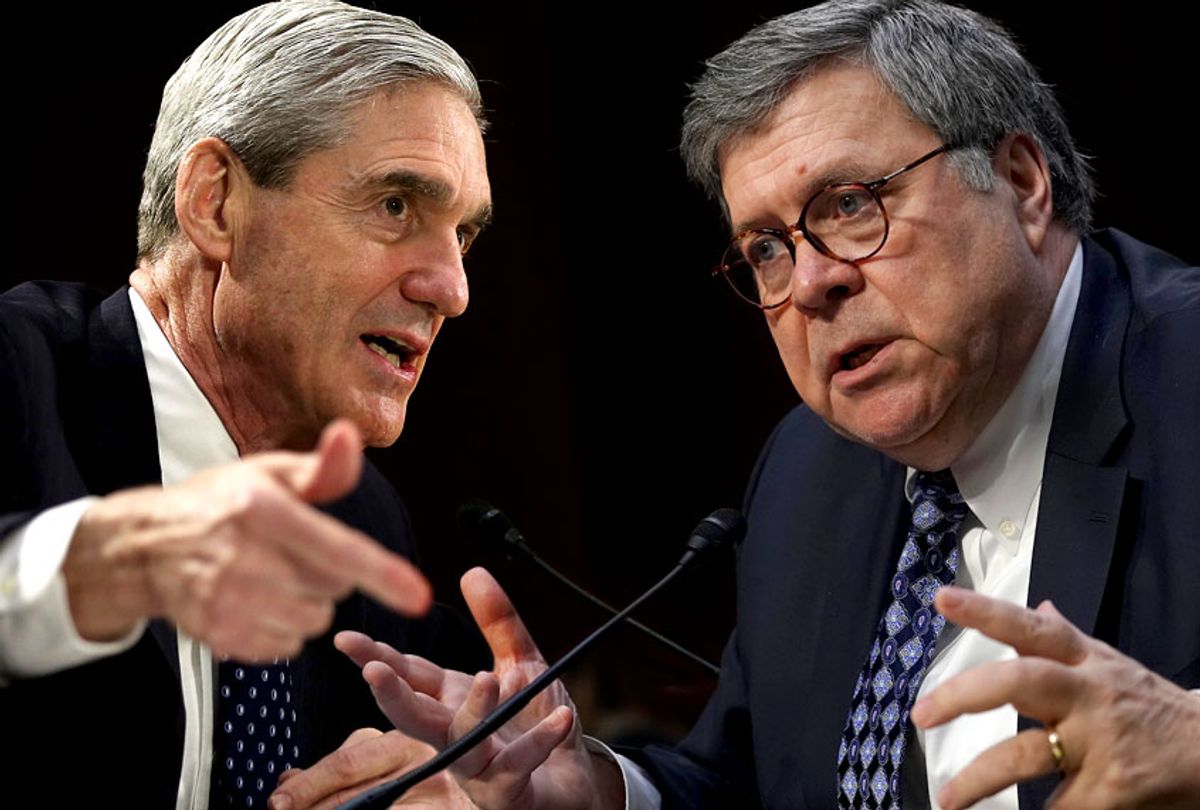 A number of top Democrats are calling for Attorney General Bill Barr to either be impeached or resign after it was revealed that he had lied about special counsel Robert Mueller raising objections to Barr's characterization of the Mueller report.

A report by The Washington Post on Tuesday revealed that Mueller had written a letter to Barr three days after Barr's summary of the report in which the special counsel blasted the attorney general for misrepresenting its conclusions to the public. Mueller also insisted that Barr released the introductions and executive summaries for the original report, including the redactions that he had suggested.

"The summary letter the Department sent to Congress and released to the public late in the afternoon of March 24 did not fully capture the context, nature, and substance of this office’s work and conclusions. There is now public confusion about critical aspects of the results of our investigation. This threatens to undermine a central purpose for which the Department appointed the Special Counsel: to assure full public confidence in the outcome of the investigations," Mueller wrote.

"The Special Counsel’s concerns reflect our own. The Attorney General should not have taken it upon himself to describe the Special Counsel’s findings in a light more favorable to the President. It was only a matter of time before the facts caught up to him," Rep. Jerrold Nadler, D-N.Y., wrote in a statement published by Medium. Nadler is the chairman of the House Judiciary Committee.

He added, "Attorney General Barr also should not have withheld this letter from Congress for as long as he has. I have demanded a copy from the Department of Justice. I have asked that it be delivered no later than 10:00 tomorrow morning."

Rep. Adam Schiff, D-Calif., posted a tweet with an even stronger condemnation, "Barr’s answer to @RepCharlieCrist, denying knowledge of Mueller’s concerns over his summary, was deliberately false and misleading. If he were an ordinary citizen, it might be considered perjury. As our top law enforcement official, it’s even worse. He must step down." Schiff is the chairman of the House Intelligence Committee.

Rep. Maxine Waters, D-Calif., told MSNBC on Tuesday that "I think that Barr should resign, and if he does not resign, he should be facing impeachment proceedings also. He has abdicated on his responsibility. He has lied, he has used the very words coming right out of the president's mouth: 'no collusion,'" according to Business Insider.

She added, "It is outrageous and he needs to go."

Rep. Ted Lieu, D-Calif., tweeted that "why would Bill Barr flush his reputation & credibility down the toilet? I don't care. What we should care about is that he is still in charge of [the Justice Department]."

He added, "Bill Barr should resign and then apply to be the next White House press secretary, where he can lie all he wants."

Julian Castro, the former Secretary of Housing and Urban Development and a 2020 presidential candidate, said that "Attorney General Barr willfully misled the American people to cover up attempted crimes by Donald Trump. He should resign his position or face an impeachment inquiry immediately."