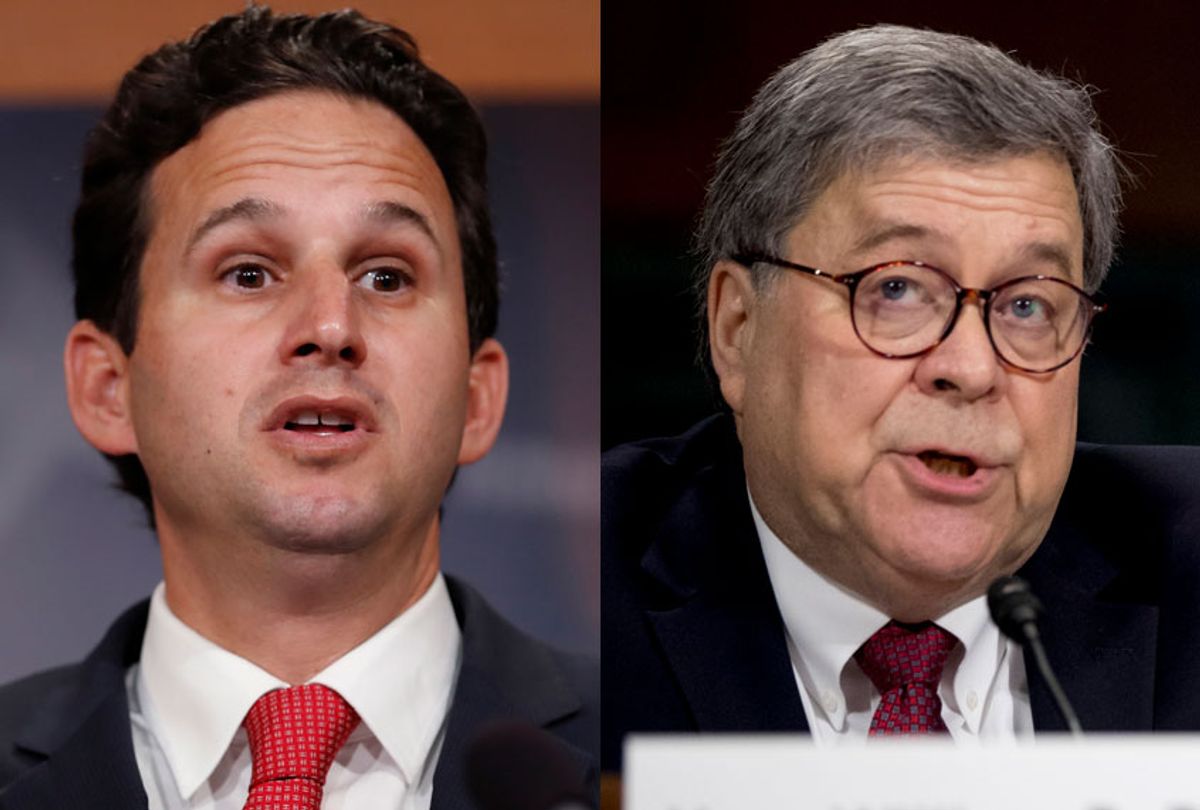 He also wrote in a series of subsequent tweets, "We now have a coverup of the coverup. I’m hearing that several senior republicans in Congress are finally fed up and they are quietly planning to do nothing. Friends, we really need a democratic Senate. I am not a lawyer so I guess still don’t understand what TOTAL EXONERATION means."

Schatz also wrote, "I know that we have to win. I know that. I’ve seen in real life the folly of waiting for us to be saved by a profile in courage. But every once in a while I’m legitimately shocked, anew, that there aren’t more elected Republicans who decide that this dude is just not worth it. Hey is it legal to lie to Congress?"

Schatz isn't the only prominent Democrat to express outrage at the fact that Barr allegedly lied about Mueller's letter. Rep. Jerry Nadler of New York, chairman of the House Judiciary Committee, wrote in a statement that "the Special Counsel’s concerns reflect our own. The Attorney General should not have taken it upon himself to describe the Special Counsel’s findings in a light more favorable to the President. It was only a matter of time before the facts caught up to him."

He added, "Attorney General Barr also should not have withheld this letter from Congress for as long as he has. I have demanded a copy from the Department of Justice. I have asked that it be delivered no later than 10:00 tomorrow morning."

Rep. Adam Schiff, D-Calif., who chairs the House Intelligence Committee, posted a tweet saying that "Barr’s answer to @RepCharlieCrist, denying knowledge of Mueller’s concerns over his summary, was deliberately false and misleading. If he were an ordinary citizen, it might be considered perjury. As our top law enforcement official, it’s even worse. He must step down."

Rep. Maxine Waters, D-Calif, who chairs the House Financial Services Committee, told MSNBC that "I think that Barr should resign, and if he does not resign, he should be facing impeachment proceedings also. He has abdicated on his responsibility. He has lied, he has used the very words coming right out of the president's mouth: 'no collusion.'"

In his letter to Barr shortly after the attorney general's letter supposedly summarizing the report, Robert Mueller wrote that "the summary letter the Department sent to Congress and released to the public late in the afternoon of March 24 did not fully capture the context, nature, and substance of this office’s work and conclusions. There is now public confusion about critical aspects of the results of our investigation. This threatens to undermine a central purpose for which the Department appointed the Special Counsel: to assure full public confidence in the outcome of the investigations."