America's 3 major 2019 pageant winners are black women: A win for black girls, too

For the first time in our history, black women have been crowned Miss America, Miss USA and Miss Teen USA at once 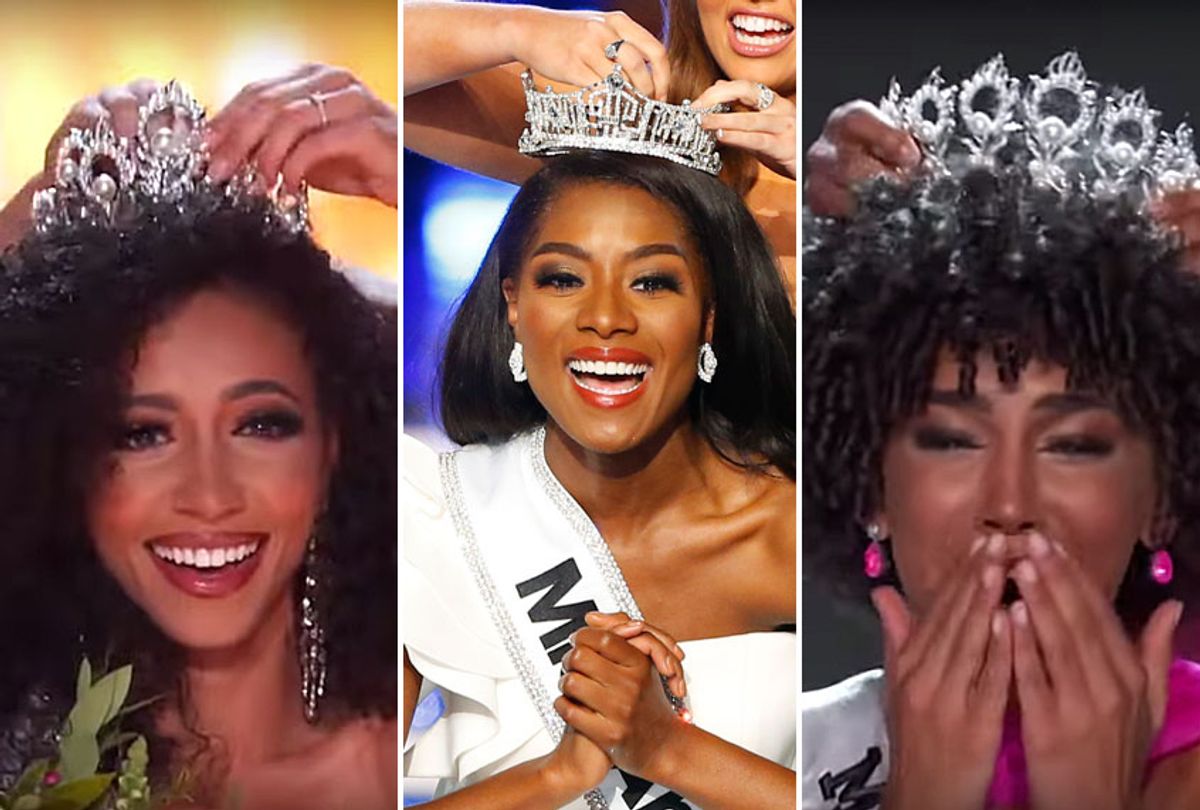 Beauty culture in America is finally evolving. For the first time in history, Miss USA, Miss America and Miss Teen USA are all black women.

It’s not only a tremendous accomplishment to see black women hold these titles in competitions that have a history of prohibiting them from entering — and then once they could, made their chances of winning slim because black didn’t always equal beautiful in America — but to see them all win at the same time during these intensely racially divided times feels unbelievable.

I say unbelievable and I mean it. If you Google “beautiful woman,” you're going to see mostly images of white women. I’m not saying that those white women aren’t pretty. But what about women of color? I think most people believe that beauty comes in every ethnicity, but that viewpoint ends up poorly represented as whiteness continues to be over-represented, which leads to people directly and indirectly chasing whiteness.

The messages that imply black is not beautiful are still pervasive. Black hair in particular continues to be policed through discriminatory dress code policies. In 2017 Deanna and Mya Cook of Mystic Valley Regional Charter School received detention and faced suspension for wearing braids. Just last year, Faith Fennidy, an 11-year-old student at a private Roman Catholic school near New Orleans was asked to leave school because she was wearing braids. And this year, Andrew Johnson, a high school wrestler from New Jersey, was forced to cut his dreadlocks so that he could participate in a match. Braids are beautiful; they are part of our heritage and have been a black tradition since before we entered this country.  The dominant culture doesn’t understand, so our styles and taste have been written off as unacceptable.

With crowns awarded to Franklin, Kryst and Garris, these three major pageants have taken steps toward making black beauty even more mainstream. Little black girls will be the biggest winners.

I’ve been to countless schools over the past 5 years, giving talks and workshops on literacy and the power of reading. During my visits I often spend time in school libraries, thumbing through books. A common theme that connects that many of the stories I have encountered in libraries is the missing black girls. African Americans only make up about 12% of America’s population and there aren’t many books telling stories about women of color in the schools I visit. A lot of young boys see themselves in the many black men in professional sports, but what are our girls getting?

Of course, we want our young women to focus on more than just beauty, but it is a part of our experience and we’d be lying if we acted like it wasn’t important. With that being acknowledged, imagine being a little black girl looking in books only to see that none of the characters have hair like you, a nose like you or skin the same color as yours. It could cause you to think that a princess, a queen or a woman worthy of being in a book can’t look like you. That's a problem. These books and ideas exist because for so long, the idea of beauty did not include us, which is why it's so important that Franklin, Kryst and Garris are changing the culture. I believe that the rest of the world will follow.