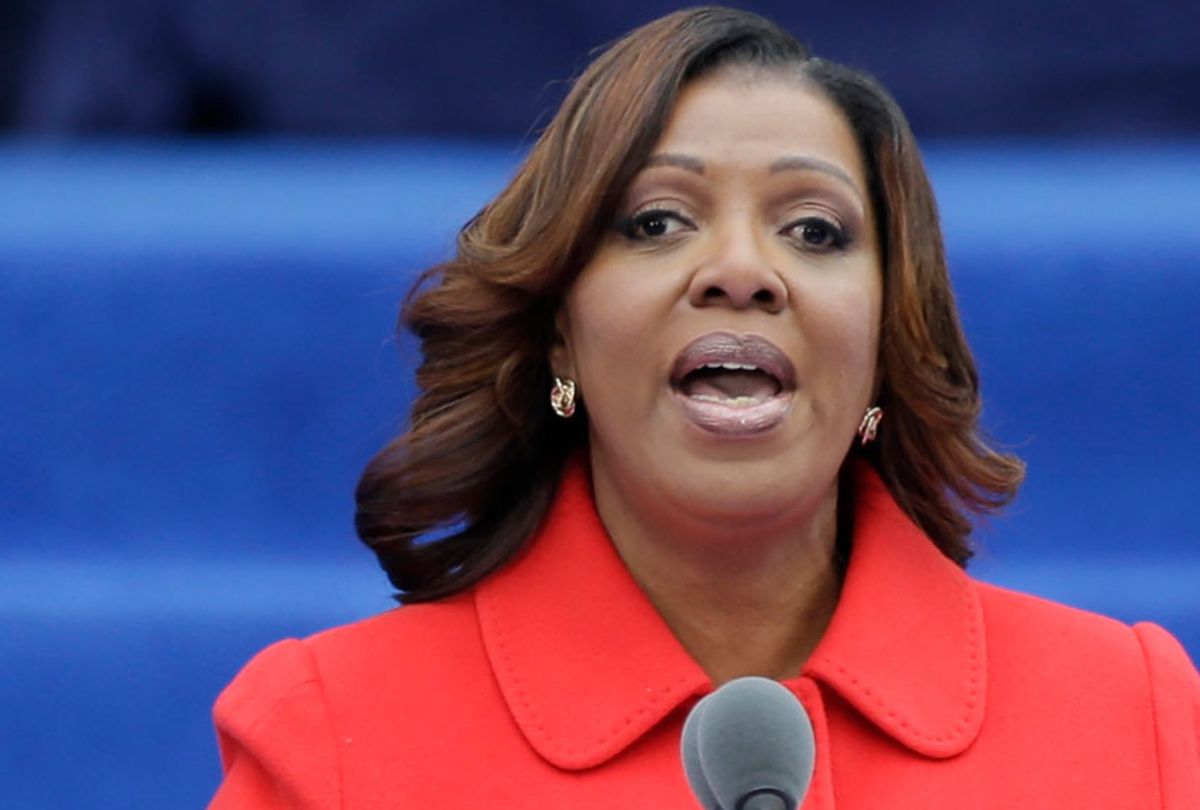 New York Attorney General Letitia James announced Monday that her office has filed a lawsuit against President Trump's Treasury Department and its subsidiary bureau, the Internal Revenue Service, for failing to respond to information requests.

The lawsuit, filed in U.S. District Court for the Southern District of New York, attempts to find out why the Trump administration eliminated an IRS rule that required some nonprofit organizations to disclose their donors.

James, alongside New Jersey Attorney General Gurbir Grewal, sued the IRS and the Treasury for failing to respond to a Freedom of Information Act (FOIA) request filed last October. Through the FOIA, James and Grewal sought to learn about the decision to implement the policy, which James claimed was made without public notice or comment. James said the Treasury and IRS failed to respond to the request within the prescribed time limit, adding that the revised reporting standard hinders the attorney general's ability to "effectively regulate affected organizations operating in New York."

"My office depends on these critical donor disclosure forms to be able to adequately oversee non-profit organizations in New York," James said Monday in a statement. "Not only was this policy change made without notice, the Treasury and the IRS are now refusing to comply with the law to release information about the rationale for these changes. No one is above the law — not even the federal government — and we will use every tool to ensure they comply with these regulations to provide transparency and accountability."

The change does not apply to 501(c)(3) tax-exempt groups, such as public charities and private foundations, James said, but does apply to thousands of 501(c)(4) groups, including social welfare organizations, labor unions and business groups.

James' office has a lawsuit pending against Trump's now-defunct personal charity over alleged self-dealing. She is also investigating the nonprofit status of the National Rifle Association. Monday’s lawsuit appears to have no direct relationship to those cases, although it signals another front in the feud between Democratic elected officials and the Trump administration.