"I’m sure that I’m just not a one off," she alleged. "I believe that this is a pattern with this administration" 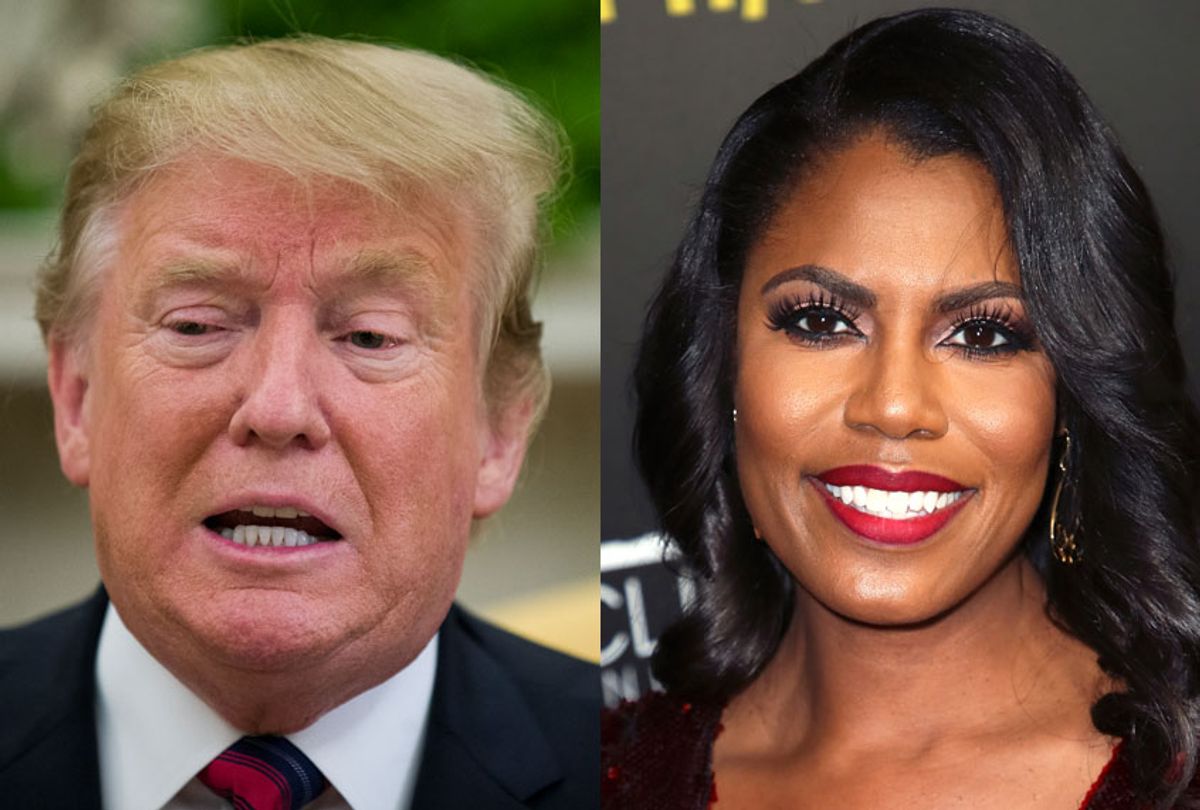 Omarosa Manigault Newman, a former contestant on "The Apprentice" who later worked in the White House, alleges that the Trump administration destroyed boxes of evidence relevant to special counsel Robert Mueller's probe.

"I think it’s important to realize that very early on in the administration, we got letters directing us to preserve all information relating to the Mueller investigation – all investigations, any information, any emails, any correspondence," Manigault Newman told the Rev. Al Sharpton during a Saturday appearance on MSNBC. "We had a clear directive to preserve those documents, preserve emails, preserve text messages."

Manigualt Newman claimed that after she had been fired by the Trump White House in December 2017, she was told she had to leave behind files relevant to her work with the administration — seven boxes in total.

"What’s very curious to me is that as I stated, it was seven boxes of documents, and in my emails, they only referenced two, which leads me to believe that they’ve destroyed the other five," Manigault Newman alleged. She also emphasized that from her perspective, it is unlikely that only her files would have been destroyed.

"I believe I’m not the only one who’s been subjected to this type of treatment, and I believe that there are more documents that have been destroyed by this administration," Manigault Newman told Sharpton.

Manigault Newman was emphatic in her claim that the Trump administration must have destroyed five boxes of evidence that she left behind.

"Oh, there’s no question. In fact, when I spoke with White House ethics attorney Stefan Passantino, he said to me that they had a right to go through the emails and decide what they could keep, and what they could disregard, and throw away and discard," Manigault Newman told Sharpton.

"We’ll have to see what unfolds, but I’m sure that I’m just not a one off," she alleged. "I believe that this is a pattern with this administration of being disrespectful to congressional requests – of trying to use intimidation and all types of tactics to keep people silent."

Manigault Newman's turn against President Donald Trump marks a notable departure in the career path of a celebrity who rose to fame as a contestant on the first season of his reality TV show "The Apprentice." In July 2016, she was one of the most high-profile celebrities to endorse Trump, proclaiming that "the good thing I know is that I know Donald Trump at his heart."

Less than two months before the election, Manigault Newman also warned Trump's opponents that "every critic, every detractor, will have to bow down to President Trump. It's everyone who's ever doubted Donald – whoever disagreed, whoever challenged him. It is the ultimate revenge to become the most powerful man in the universe."

After the election she also claimed that Trump has a "long memory" and was "keeping a list" of names he had felt betrayed him.

After she was fired as director of communications from the administration's Office of Public Liaison for allegedly misusing the White House car service, Manigault Newsman reportedly tried to enter the White House residence to appeal her case directly to Trump. She later became one of the most outspoken critics of his administration.