Bandy X. Lee discusses what prompted her to speak out about the president’s psychological problems 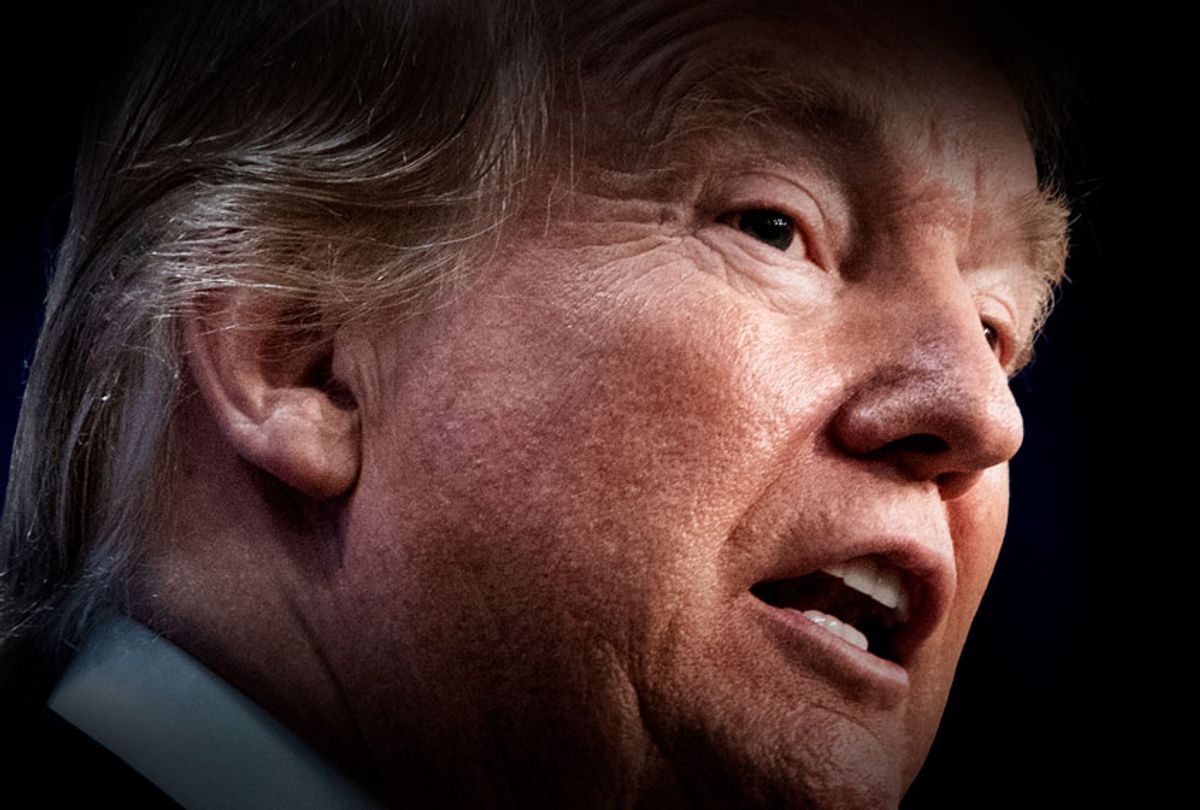 On Tuesday, former FBI director Christopher Wray told Congress that he would not characterize the FBI probe into the Trump campaign as “spying.”

Attorney General William Barr stirred up controversy when he used the fraught term to describe the agency’s investigation, sparked by information that Trump associates were compromised by foreign powers.

President Donald Trump has long maintained that he’s the victim of various conspiracies to undermine the administration. And he’s often said so, causing alarm that his followers might resort to violence.

Cesar A. Sayoc Jr. sent bomb threats to media outlets and public figures perceived to be Trump’s enemies. The President’s paranoia, evident in non-stop Twitter blasts and aired at rallies, has caused mental health professionals to question his fitness for office.

Raw Story spoke with Yale psychiatrist Bandy X. Lee about what prompted her — and other mental health specialists — to speak out about the president’s psychological problems, despite the so-called Goldwater rule that prohibits psychiatrists to diagnose public figures.

Lee is a renowned expert on violence and forensic psychiatrist at Yale School of Medicine. She has been a consultant to the World Health Organization since 2002 and is author of the authoritative textbook, “Violence: An Interdisciplinary Approach to Causes, Consequences, and Cures.” She has done numerous forensic reports for criminal and civil cases, as well as on institutional analyses, most notably of New York City’s notorious Rikers Island jail complex, which helped to initiate reforms.

She is also president of the World Mental Health Coalition and editor of the New York Times bestseller, “The Dangerous Case of Donald Trump: 37 Psychiatrists and Mental Health Experts Assess a President.” She and several co-authors have submitted a mental health analysis of the Mueller report to the people via the press (Huffington Post covered it) and to Jerrold Nadler, chairman of the House Judiciary Committee. The report (currently posted here) will be highlighted and hosted by the Boston Globe later this week for wider dissemination.

Raw Story: You did a “report on the Special counsel’s report,” which has a serious title but then a provocative subtitle: “If One is Too Incompetent to Commit a Crime, despite Trying Hard, is One Competent to be President?” How did you come to do this report, and what does it cover?

Lee: The special counsel’s report was replete with information for a mental health interpretation. Seldom do we have such voluminous information on a person’s behavior, verified at the level of sworn testimony. Hence, my colleagues and I saw this as a part of our ongoing, primary professional responsibility to protect society and to warn against potential harm to public health, as our ethics and the law require. The report is an attempt to continue educating the public.

The special counsel’s report could not be more informative about mental capacity, which is what the report addresses. Mental capacity is the ability to make sound, rational, reality-based decisions free of impulsivity, recklessness, paranoia, and false beliefs.

Since it is about function, not diagnosis, it has less to do with what specific illnesses are affecting someone. Rather, it has to do with whether one possesses the ability to do one’s job. A person can have a severe mental illness, for example, but be receiving proper treatment and function perfectly well—the presence of mental illness really says nothing about job performance. On the other hand, someone may not have a mental illness but still be incompetent and lacking in the basic capacities to do a job.

For a functional exam, a personal interview is not as important as observations by the person’s coworkers and colleagues of one’s actual performance, and this is why the special counsel’s report is so valuable. It is full of detailed and relevant information through the direct testimony of multiple allies and opponents, which allows us to make an appraisal with a level of confidence that far exceeds anything we can hope for in our ordinary practice.

Raw Story: Who wrote the report?

Lee: We are all authors of the public-service book, The Dangerous Case of Donald Trump, which came out of what we saw as a medical need, and was one of our first efforts to try to fulfill our societal responsibility. The fact that the book predicted much of the course of the current presidency and has received high acclaim among our peers and the public should give us credibility.

Writers of the report included myself; Dr. Edwin Fisher, clinical psychologist and professor in the Department of Health Behavior at the Gillings School of Global Public Health of the University of North Carolina-Chapel Hill; Dr. Leonard Glass, psychiatrist, associate clinical professor at Harvard Medical School, and senior attending at McLean Hospital; Dr. James Merikangas, forensic neuropsychiatrist, clinical professor at George Washington University School of Medicine and Health Sciences, and research consultant for the National Institute of Mental Health; and Dr. James Gilligan, forensic psychiatrist, adjunct professor at New York University School of Law, and consultant to the Violence Prevention Alliance of the World Health Organization. All are of the highest caliber, if not at the very top of their fields.

Raw Story: What does the report say?

Lee: Our report is quite damning. What the special counsel’s report revealed, through consistent and abundant data, was a pervasive and profound pattern of lack of capacity.

This was demonstrated by: lack of basic comprehension (or the ability to take in information and advice without undue influence from false beliefs or emotional need); faulty information processing (or the ability to appreciate and make flexible use of information and advice without false representation); lack of sound decision making (or the ability to consider consequences based on rational, reality-based, and reliable thinking without interference from impulsivity, false beliefs, or fluctuating consistency); and behavior that places oneself or others in danger (such as inciting one’s followers to commit acts of violence and boasting of one’s own repeated violence). These are crucial failures in the basic components of mental capacity test, which in his position constitute a medical emergency that requires a response.

Lee: There are many misinterpretations of the Goldwater rule, and it is important that we make clear: the Goldwater rule is a call to action, for psychiatrists to fulfill their primary responsibility to society by participating in activities that improve the community and better public health.

Our obligation is not to a public figure but to society, and the rule states that, when asked about a public figure, we educate the public in general terms while refraining from diagnosis (or the equivalent). We adhere to the Goldwater rule by refraining from any diagnosis and, more importantly, uphold its principle by acting for the benefit of society and by doing what we can to protect its health and wellbeing.

Raw Story: What can health professionals do?

Lee: We will continue to use our skills as expert witnesses to educate the public so that it can lean on its representatives to act. They are the ultimate authorities now, and we are doing our ethical and legal duty to report danger. As for now, given the serious concerns we and others have raised, we have recommended that the president agree to undergo a formal evaluation by an independent, nongovernmental panel of experts. Neither the president nor his associates have documented a valid mental health evaluation. With the preponderance of evidence and the extreme dangers implied in presidential incapacity, it is critical that he clarify this issue for the good of the country.

We at least have to make a reasonable attempt to obtain a personal interview. We have recommended that he agree to one within three weeks. Since this is a functional, not diagnostic, assessment, an interview is not as central or even necessarily informative as observations of performance by colleagues and associates. Therefore, in the event that he refuses, we believe that we will still have sufficient evidence to come to a conclusion that the president lacks the fundamental mental capacity to discharge the duties of his office. It may become necessary that we move ahead with that conclusion