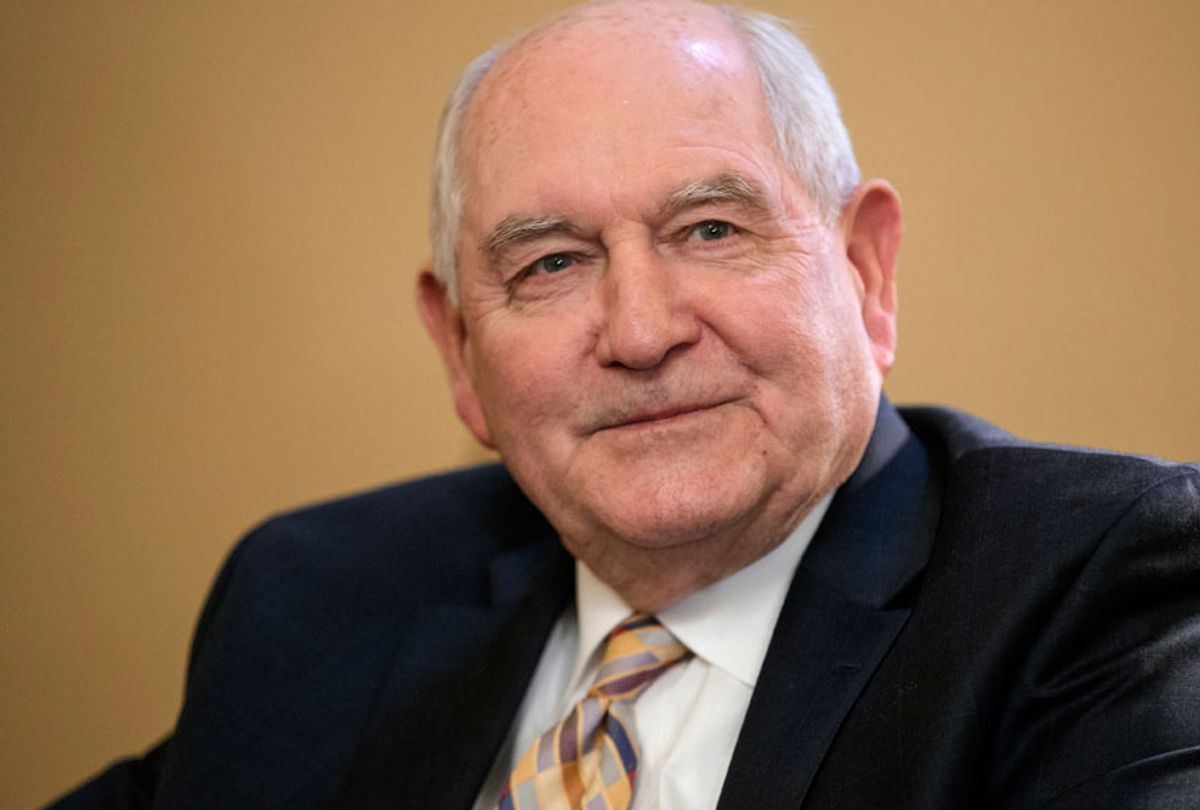 At least six Agriculture Department economists quit on a single day in April after claiming that the administration was retaliating against them for publishing reports showing that President Trump’s tariffs have hurt farmers, according to a Politico report.

The Economic Research Service, the USDA’s research arm, has drawn the ire of the administration and Agriculture Secretary Sonny Perdue after publishing reports showing that farmers are being harmed by Trump’s trade wars as well as the Republican tax overhaul, current and former employees told Politico.

The reports shone a light on how Trump’s tariffs have led to a decline in farm income, which the economists noted has already fallen by 50 percent since 2013. Another report showed that Republican tax cuts only benefited the wealthiest farmers.

After the reports were presented, Perdue “stunned” the agency by announcing that he would put a USDA official who reports directly to the secretary in charge of the Economic Research Service and move the agency out of Washington to a location closer to the “US heartland,” according to Politico.

Perdue also sent an internal memo directing the researchers to include disclaimers in their peer-reviewed publications saying that their findings were only “preliminary” and “should not be construed to represent any agency determination or policy.”

The department also stated in its budget request in March that it wanted to reduce the scope of ERS analysis and eliminate “low priority research” into areas like food stamps and environmental concerns. The budget proposal called for slashing the agency’s staff by more than 50 percent.

Perdue claimed last month during an appropriations hearing that moving the office away from Washington was a cost-cutting measure that would also encourage other economists who don't want to move to the D.C. area. He told Politico that the memo directing researchers to add a disclaimer to their findings was necessary because he believes the office was putting out “wrong information.”

Agency employees, however, say the moves were meant to punish the staff.

“The administration didn’t appreciate some of our findings, so this is retaliation to harm the agency and send a message,” an ERS employee told Politico. A former employee who said he left over the plans explained that “things like conservation, rural development, food assistance, have just been de-emphasized.”

The moves have led to an exodus of economists. Six of the economists, who had more than 50 years of combined experience at the agency, all quit at the end of April and more reportedly plan to leave in the coming months. According to data collected by the agency’s employees, the number of non-retirement departures from the agency have more than doubled compared to the previous three years.

Former ERS administrator Susan Offutt, who ran the agency under both Presidents Bill Clinton and George W. Bush, said that the reports likely did not just bother Trump but also drew an angry response from influential lobbying groups.

“Of course, this is not the story the farm lobby wants to tell about struggling farmers,” said Offutt. “Controlling ERS would stop unflattering news about federal farm subsidies favoring high-income, high-wealth farm households from reaching the public.”