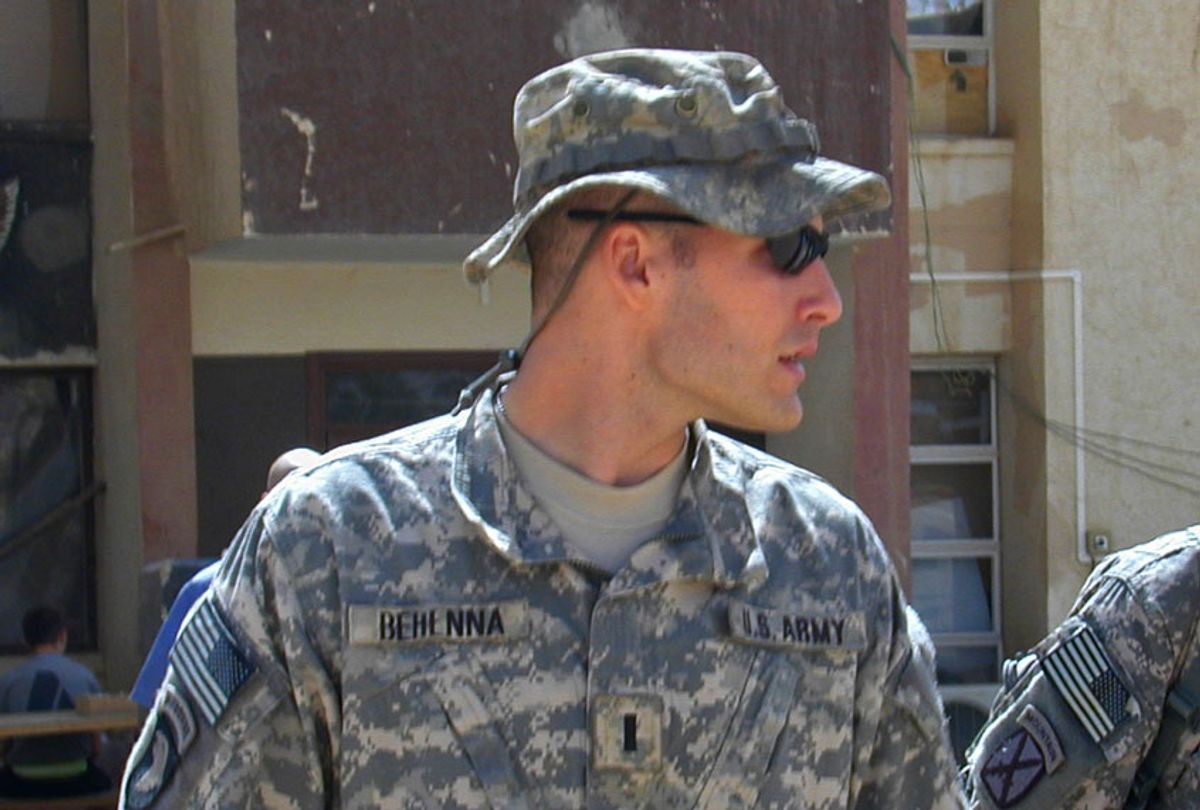 First Lt. Michael Behenna was sentenced to 25 years in prison in 2009 for the murder, and released on parole in 2014.

The killing came a month after two of Behenna's fellow soldiers were killed in a roadside bomb. According to The New York Times, Behenna and his unit believed they had captured the architect of that attack.

During a deployment in Iraq in 2008, First Lt. Michael Behenna and his platoon believed the man, Ali Mansur, was a terrorist linked to Al Qaeda. They took him to a remote part of the Iraqi desert to question him about a previous attack that left two American soldiers dead, according to court filings. During the interrogation, Lieutenant Behenna shot Mr. Mansur in the head and chest.

Human rights activist Qasim Rashid noted the details of the crime on Twitter.

Critics of the president's decision stressed its negative implications, including the dangerous message it sends to the world.

"This pardon is a presidential endorsement of a murder that violated the military's own code of justice," said Hina Shamsi, the director of the ACLU's National Security Project, in a statement provided to Common Dreams. "The military appeals court found Behenna disobeyed orders, became the aggressor against his prisoner, and had no justification for killing a naked, unarmed Iraqi man in the desert, away from an actual battlefield."

In court filings reviewed by the Times, Behenna allegedly said that "he would do it again, and he did not feel bad about it because he just lost two guys."

Trump's pardon of Behenna came after politicians in the soldier's native Oklahoma and retired military figures mounted a sustained campaign, which commentator Nate Bethea, a U.S. military veteran who served in Afghanistan, suggested was driven by right-wing callousness.

"All Republicans agree with this because all Republicans think no American soldier should go to jail for murdering someone overseas," said Bethea. "They don't think it counts as murder."

The pardon also comes in the context of an effort by far-right figures to convince the president to pardon Major Mathew Golsteyn, who murdered an unarmed suspected bomb-maker in Afghanistan in 2010.

"This pardon from Trump is just another part of his white supremacy tour," said activist Shaun King.

The Atlantic's Adam Serwer  said that the pardon could have unintended consequences. By eroding the rules of engagement and endorsing the murder of prisoners, Serwer said, Trump could be putting U.S. service members in danger.

But, Serwer added, that's not the goal of the pardon.