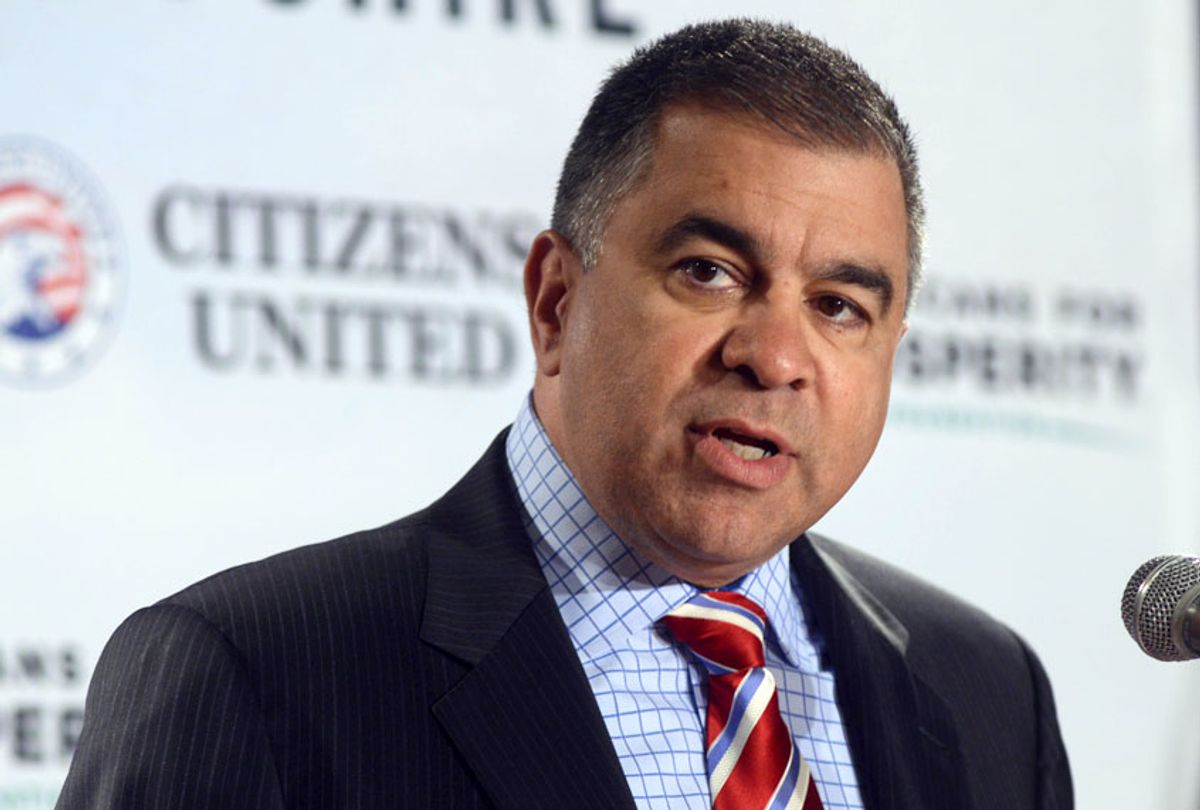 Former Trump deputy campaign manager David Bossie’s pro-Trump group has raised millions targeting elderly Republican voters. But it has spent just 3 percent of that money to promote Trump and Republican candidates, according to a report from the Campaign Legal Center, a campaign finance watchdog group.

The report shows that Bossie’s Presidential Coalition, a group that claims to promote President Trump and Republican candidates who support him, has raised $15.4 million over the last two years.

Just 3 percent of that money was spent to help candidates, however, while 97 percent of the more than $15 million went toward a six-figure salary for Bossie — who remains a close Trump adviser — along with salaries for his associates and funding for yet more fundraising efforts, according to the report.

"There is no question that the money spent on programming is well below anything someone in the industry would consider a legitimate amount," marketing executive Walter Lukens told Axios.

A majority of donors identified in the group’s tax forms said they were retired, Axios reported. The Campaign Legal Center report showed that the group’s Facebook ads "are overwhelmingly targeted to, and viewed by, Facebook users 65 and older.”

One of the group’s top fundraising vendors, the telemarketing firm InfoCision, recently paid a settlement after the Federal Trade Commission accused them of “false and misleading” tactics and preying on the elderly.

"I gave them money after seeing their mailers, and because I think Trump deserves it,” 86-year-old Minnesota retiree Wallace Payne told Axios. “I'm old and easily fooled I guess. … It's disappointing, very disappointing."

"I thought the money was going toward the president," added Barbara Bloom, a retired widow in her 70s.

One of the group’s biggest donors, 85-year-old George Kunkel, said he donated $101,000 because he thought the money would go "toward supporting the president.”

"I know some of it went to the president and his campaign because I saw the ads," Kunkel told Axios.

Bossie does not formally work for Trump but remains a close adviser and flew with him to a rally in Michigan in March. He alleged that the report was “fake news,” saying that it "totally ignores the legitimate staff, infrastructure and other political activity costs associated with the organization’s work," and adding that "it is expensive to raise substantial amounts in small donor contributions using direct mail, digital, and telemarketing."

By comparison, the Republican Governors Association spent 80 percent of its funds on direct political activity.

"Not only do these dubious practices mislead and potentially even prey upon vulnerable populations,,” the CLC noted, “but they also drain resources away from more effective political groups."

That includes Trump’s campaign. A senior Trump administration official told Axios that Trump will not be happy if he learns about what Bossie has been up to because the effort is siphoning money away from the president’s own coffers.

"The problem the president is going to have with this is 1) he does not like when people are perceived to be profiting off of him, and 2) these are not max out donors,” the official said. “This is money that many likely think is going towards the president's re-election effort when it is not. So effectively every dollar groups like Bossie's and similar groups raise is a dollar the campaign does not."