Ben Domenech went after Meyers after the comedian criticized his wife's remarks on “The View” about Rep. Ilhan Omar 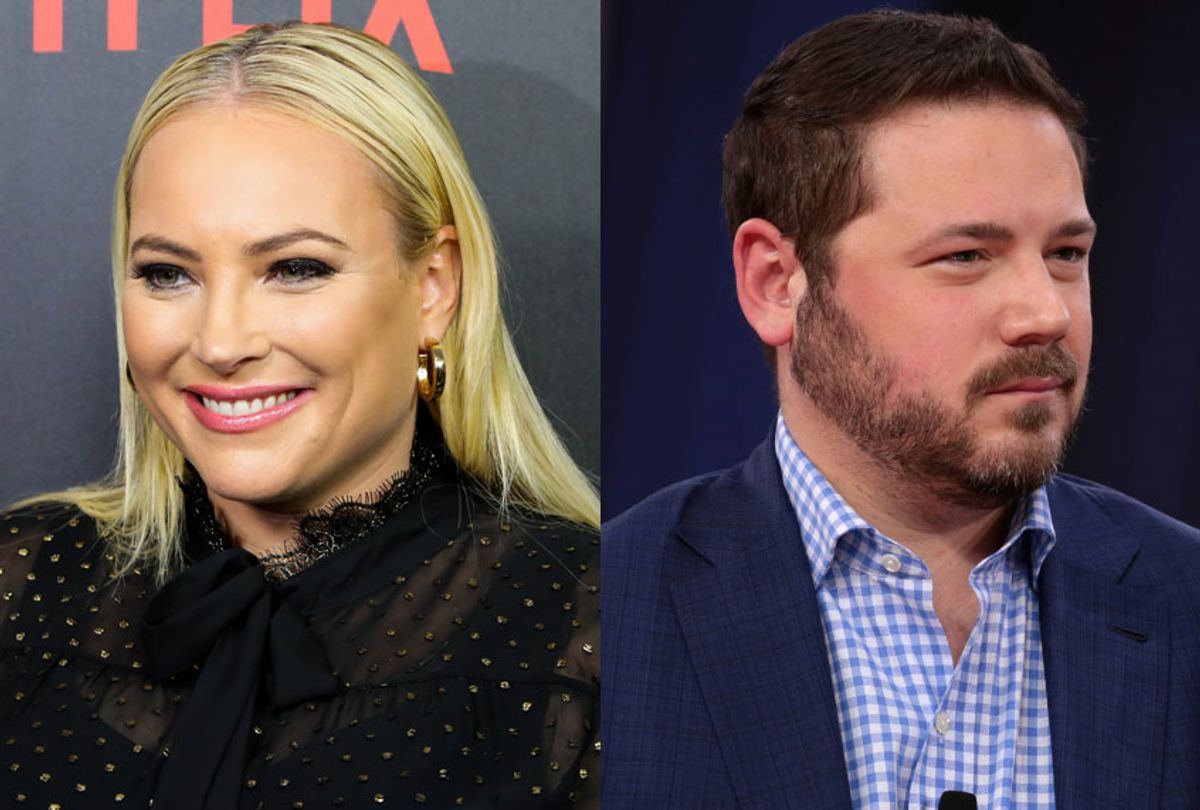 On Wednesday, The Daily Beast documented a long string of inflammatory tweets, since deleted, by Ben Domenech, husband of Meghan McCain and founder of the conservative website The Federalist.

Domenech went after comedian Seth Meyers, who criticized McCain’s comments on “The View” attacking Rep. Ilhan Omar (D-MN) as “dangerous” during an interview on NBC’s “Late Night” on Tuesday.

“I see that @sethmeyers, the untalented piece of sh*t who only has has job because he regularly gargled Lorne Michaels’ balls, went after my wife tonight with his idiotic anti-Semitic bullshit,” wrote Domenech.

“Here is proof that white men get ahead despite their obvious lack of talent,” he added. “It’s @sethmeyers, who would beg for a third of the viewers at @TheView. He’s awful, untalented, and a perfect definition of a cuck.”

“Cuck” is a broadly recognized alt-right slang word indicating a man who is emasculated or sexually inferior as a result of liberal political views.

Domenech’s homophobia is not out of place, as his website is known for vicious anti-LGBTQ content. McCain, ironically, recently received a “diversity” award from Harvey Milk’s nephew for LGBTQ allyship.

Right-wing pundits like McCain have come under fire for their over-the-top rhetoric attacking Omar for her views on Israel, as the congresswoman has faced a barrage of death threats.