Pelosi toys with arresting Mnuchin: "We do have a little jail down in the basement of the Capitol"

"If we were arresting all of the people in the administration, we would have an overcrowded jail situation" 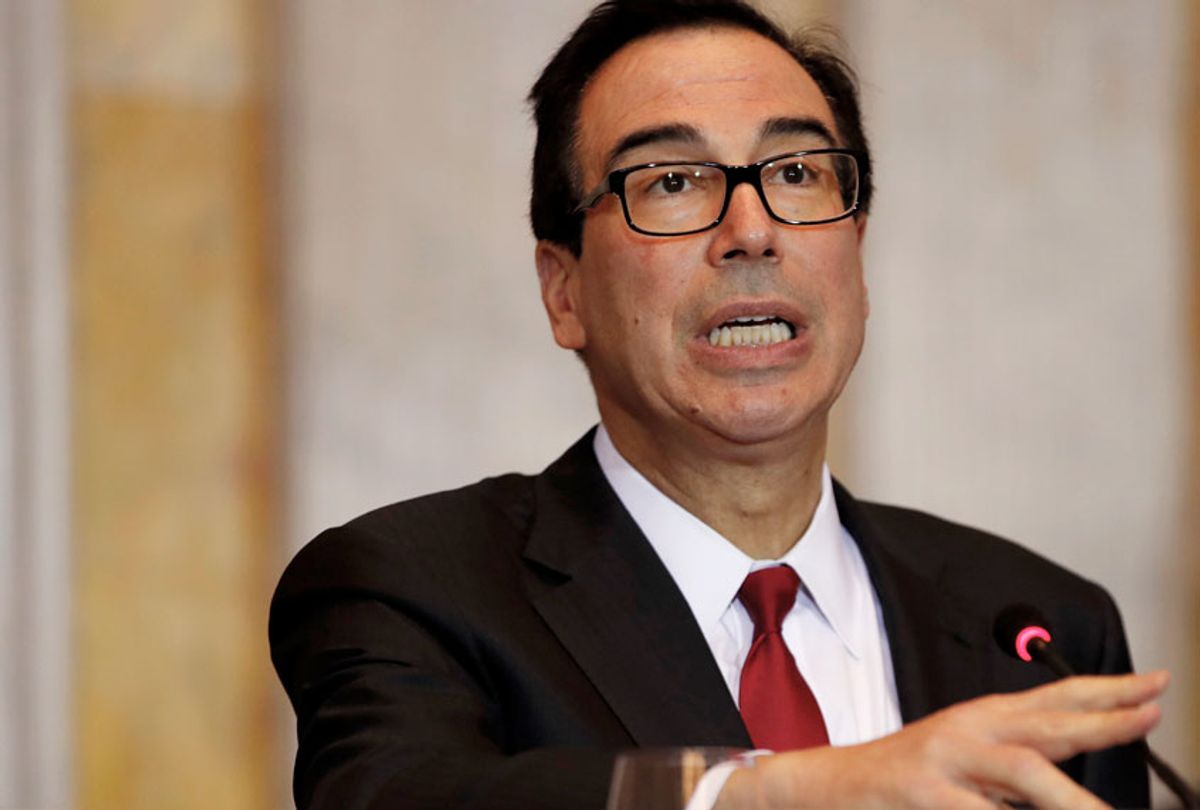 Treasury Secretary Steve Mnuchin defied the House’s command to turn over President Donald Trump’s tax returns, violating a century old law that requires the administration to do so.

During an interview with the Washington Post‘s Robert Costa, House Speaker Nancy Pelosi (D-CA) suggested that Democrats could move to arrest Mnuchin if he continues to violate the law, exercising a little-used but well-recognized power against those found in contempt of Congress — although she personally wasn’t there yet.

“As the law says, the administration ‘shall’ give. Shall. It doesn’t say ‘may,’ ‘should,’ ‘could,’ ‘under certain circumstances,’ it says ‘shall’ give those tax returns to the Ways and Means chairman,” said Pelosi.

“How far can you go on that front?” Costa pressed her. “Could you hold the Secretary of Treasury Steven Mnuchin in contempt? Some Democrats have even raised the prospect of arresting the Treasury Secretary if he does not comply with congressional demands.”

“Well let me just say that we do have a little jail down in the basement of the Capitol,” said Pelosi, to a roomful of laughter. “But if we were arresting all of the people in the administration, we would have an overcrowded jail situation, and I’m not for that.”

She added that Ways and Means chairman Richard Neal (D-MA) has options short of arrest to compel the release of Trump’s tax returns.

The last time Congress used its contempt powers to arrest an administration official was the 1930s, although it has held ten officials in contempt since 1975.

Trump has adamantly refused to release his tax returns, breaking a bipartisan tradition going back at least 40 years.

A blockbuster report by The New York Times on Tuesday revealed that during a ten year period in the late 80s and early 90s, Trump reported over $1 billion in business losses and used it to avoid paying any income tax for eight of those years.