Donald Trump’s electoral map has shifted dramatically. How does it bode for his 2020 chances? 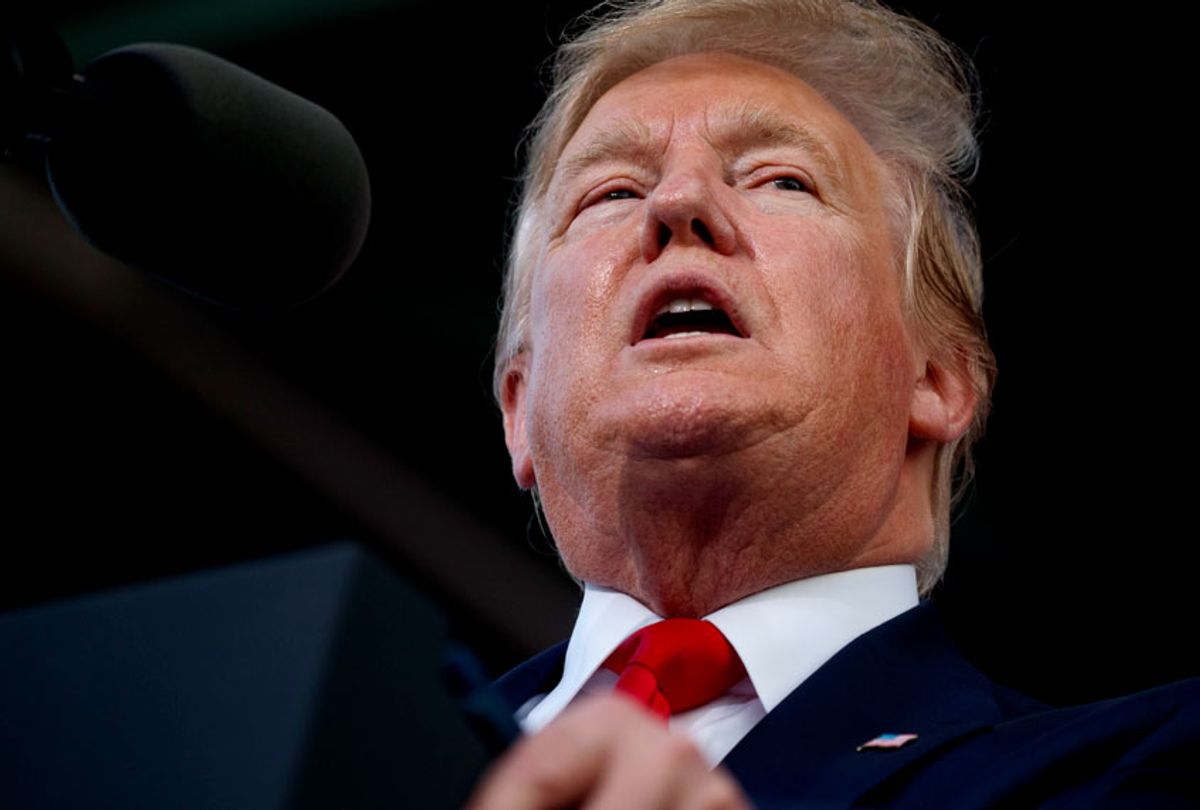 President Donald Trump’s 2016 victory on thin margins in key swing states. And while the result of the 2020 election is still, of course, an open matter, the shifting trends in the electoral map since his inauguration should make no one confident in his re-election chances.

In a new examination of voter preference changes between 2016 and 2019, the Voter Study Group found a marked difference in the opinions of a much-discussed group in the electorate: voters who voted for Barack Obama in 2012 and then Trump in 2016. Unsurprisingly, this group largely had a positive opinion of Trump in 2016 — 85 percent of these voters approved of him, the survey found.

But these opinions have significantly shifted. In 2019, only 66 percent of these voters still approved of Trump — a 19-point drop.

“Even small movement among these voters — who represented 9 percent of voters in 2016 — may prove significant heading into the 2020 presidential election,” wrote Robert Griffin of the Voter Study Group. “Obama-Trump voters are also disproportionately white, non-college educated and, as a result, are likely to be well distributed geographically for the purpose of electoral impact.”

This, of course, makes perfect sense. Since both Obama and Trump won victories in the electoral college, it isn’t surprising that the voters who switched from the Democrat to the Republican could make the decisive difference in the election result.

State-by-state polling also supports this inference. Morning Consult presents data on Trump’s approval across the country and over time. In the key states where Trump won in 2016 — Wisconsin, Michigan, and Pennsylvania — the president started out in early 2017 with a net positive approval rating:

But by April 2019,  he was significantly underwater in each of these states:

There are other states where he’s also looking weak. In Ohio, he’s at -4; Arizona, -7; Florida, -2; North Carolina, -2; Iowa, -8. Meanwhile, there are no states that Hillary Clinton won in 2016 in which Trump now has a positive approval rating.

Of course, these numbers will continue to vary, as they have throughout his presidency. And heading into 2020, Trump will have the advantage of incumbency, which confers a sense of legitimacy and stability to even someone as erratic as the current president.  But even with a strong economy, Trump has been unable to lift his numbers in these key states back to the level they were at in early 2017. And on a broad scale, Trump has never broken 50 percent approval nationally.

In addition to looking at Obama-Trump voters, the Voter Survey Group also examined changes in approval for all the other groups of voters between 2016 and 2019. While there were some increases in the Trump’s approval rate among voters who picked a third-party candidate in 2012, these moves were not as dramatic, the pollsters did not find them to be as dramatic as the downward shift in approval found among Obama-Trump voters. And the state-by-state data suggests that the key shifts have been in parts of the country that could hurt him the most.

Trump still has about another year and a half before November 2020, so his fate is certainly not sealed. Democrats should not be overconfident, and there is still a significant possibility they could lose. Trump’s approval going forward is dependent on a range of factors. And his ultimate re-election fate may hinge on who his opponent in the Democratic Party turns out to be (though, it may not — it could be that nearly any of the potential Democratic contenders would end up doing about equally as well as one another). But the Republican Party should not be assured of its chances for victory. And if Trump loses in 2020, many people looking backward will say it was inevitable.