Trump accidentally blew up his attempt at a hostile takeover in hilariously inept fashion. 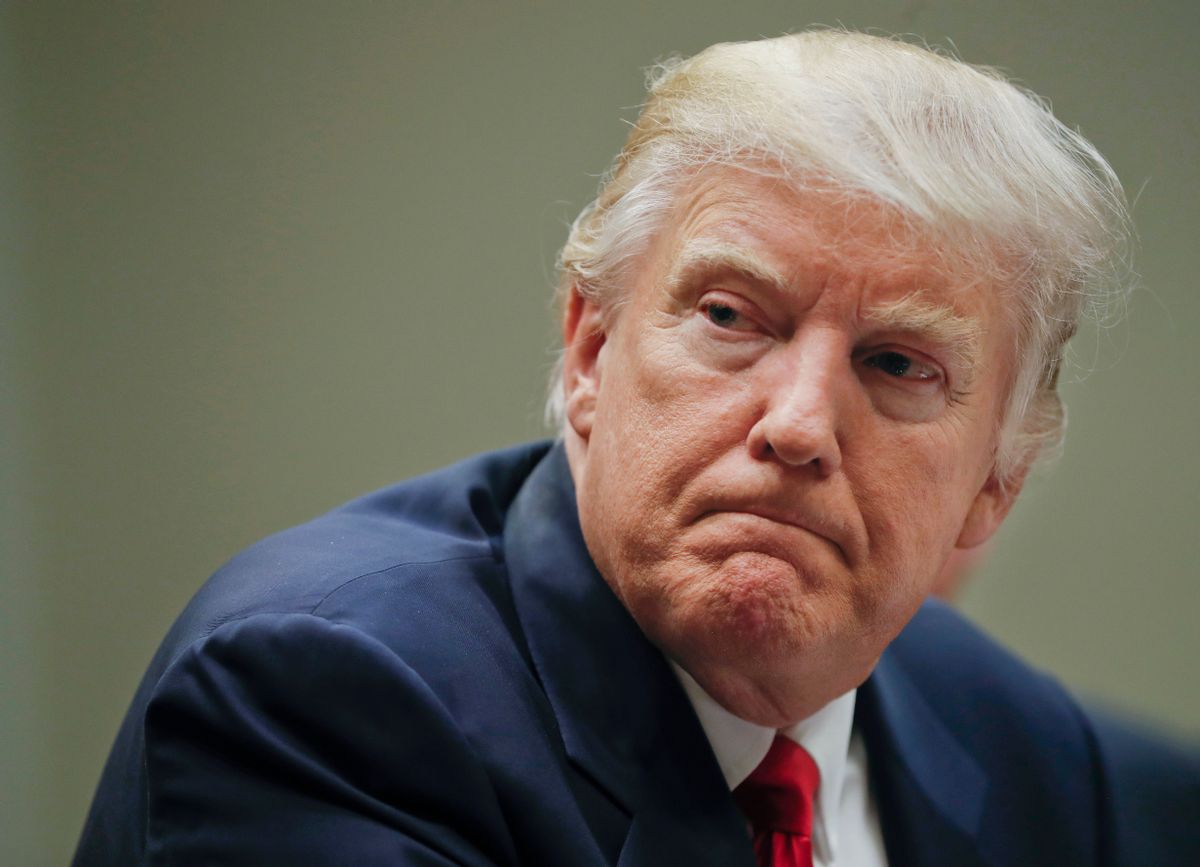 FILE - In this Monday, Feb. 27, 2017, file photo, President Donald Trump meets with health insurance company CEOs, in the Roosevelt Room of the White House in Washington. As Trump prepares to host his Chinese counterpart, Xi Jinping, a reversal of sorts has emerged: It’s the U.S. leader who is now seen as an unpredictable wild card, skeptical of free-trade deals and their enforcement. And it’s China that’s cast itself as a champion of rules-based global trade. (AP Photo/Pablo Martinez Monsivais, File) (AP)
--

The "Morning Joe" economic analyst and former "car czar" for the Obama administration recalled how Trump, whom he's known for decades, tried to set himself up as a corporate raider in the 1980s — during the time period covered in a bombshell report showing he lost $1 billion in a decade.

"Back in the '80s, when companies were being greenmailed, Donald Trump got in the business," Rattner said.

Investors greenmail companies by buying enough shares to threaten a hostile takeover, and the target must then stop the bid by repurchasing its own shares back from the corporate raider at inflated prices.

"I was representing one of the companies that was being greenmailed by somebody else," Rattner recalled. "Donald Trump decided this was a kind of a fun thing to do, let's greenmail companies. So he sent out a bunch of letters to different companies saying, unless you do so and so, I'm going to launch a hostile bid for your company."