Gov. John Hickenlooper talks with Salon about his proposal to make the Justice Department an independent agency 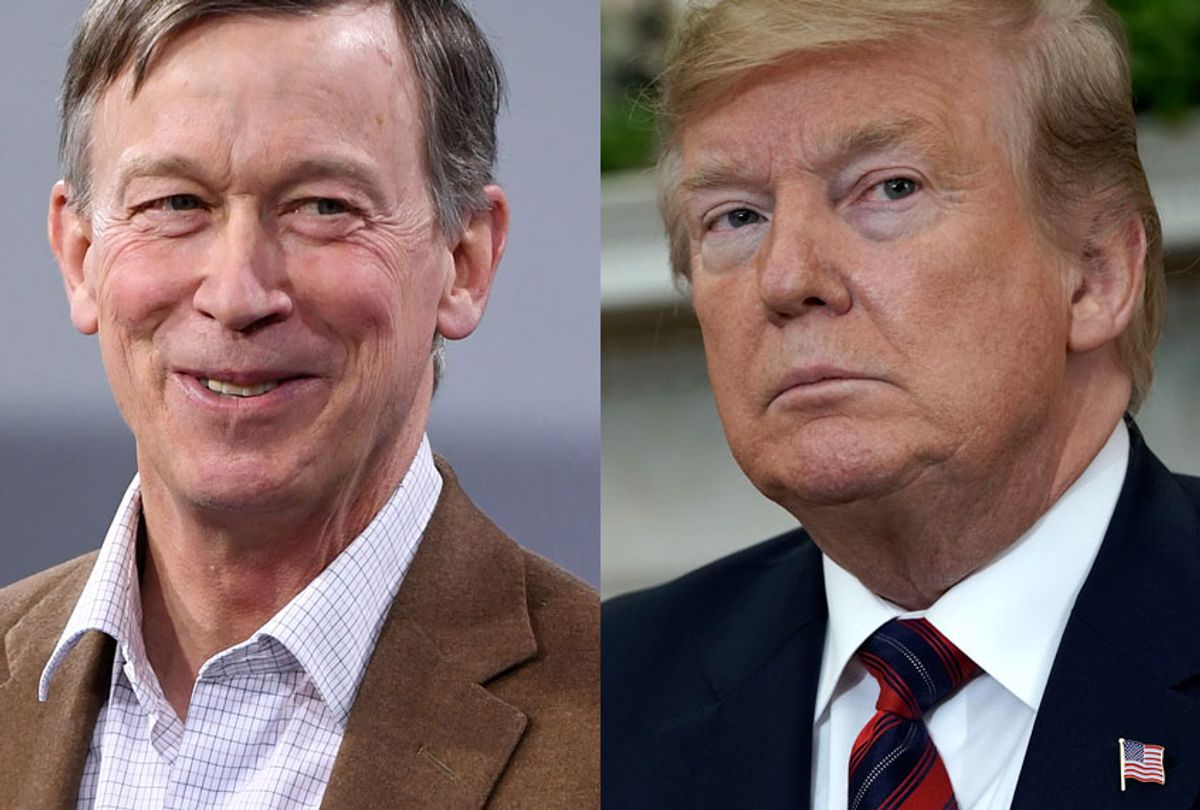 Salon has interviewed former Colorado Gov. John Hickenlooper on a number of occasions, covering a wide range of issues from the respective roles of moderates and progressives in the Democratic Party to the legalization of medical marijuana.

As Hickenlooper seeks the Democratic presidential nomination in 2020 — one of nearly two-dozen candidates to throw his hat into the ring — the two-term governor hopes to set himself apart from the crowd with a policy solution for a controversy that has sent Washington into a tailspin: Attorney General William Barr's handling of the Mueller report.

With critics of President Donald Trump accusing the nation's top law enforcement officer of prioritizing protecting the commander-in-chief over the rule of law, why not reform the attorney general's office in order to prevent a similar scandal from happening again?

A press release from Team Hickenlooper outlines how the 2020 contender would remove the attorney general from political influence and restore confidence in the beleaguered agency he leads by making the Department of Justice an independent office:

1) The attorney general shall serve only one four-year term co-terminus with the president’s term.

2) The attorney general must receive no fewer than sixty votes in the Senate to be confirmed.

3) Similar to the chairman of the Federal Reserve, the attorney general could only be fired for cause, such as neglect of duty or malfeasance in office.

4) The sitting attorney general will be required to appear in person and publicly before Congress, at least on a quarterly basis, and must keep a log of White House contacts that is made available to Congress.

Salon recently spoke with Hickenlooper about his views on the Barr scandal, as well as the dangers he believes the attorney general's actions present to American democracy.

"There is a level of frustration where the attorney general is supposed to be representing people in America, right?" Hickenlooper explained. "He is entrusted with the primary responsibility to maintain what people call the rule of law, the foundation upon which our democracy and our economy are built. And clearly, at least in my opinion, he has taken on the task of defending a president without, as close as I can tell, without defending the institutions of government. So the notion — our goal was to figure out: How can we create a more perfect union, a more perfect system of providing safeguards against this happening again in the future?"

Regarding his reform proposals, Hickelooper added that "there is an attorney general in Colorado named Phil Weiser, and he used to be the dean of the law school at the University of Colorado and transformed it. And he's the genius behind the actual structure."

When Salon asked Hickenlooper if he believed Barr should be charged with contempt for refusing to appear before Congress, Hickenlooper offered the caveat that he is not a lawyer before adding: "From what I see of contempt, he's dancing awfully close to that precipice."

"It seems to me that he is putting more effort into defending President Trump rather than defending the American people and the rule of law," the Democratic candidate added.

Hickenlooper used the language of science to explain the exact nature of the threat that he believes Trump and Barr present to the democratic form of government in the U.S.

"I think there is a level of erosion," Hickenlooper said. "You know, I've got a masters in geology, and there are two different ways landforms change. One is through catastrophic storms and geological events — earthquakes, tsunamis, those kinds of things — but far more typical and effective in what we observe around us are the slow processes of erosion. And I think what is happening — and I think the attorney general is not doing the president favors. Step by step, they are eroding the president's ability to bring this country together and to lead it in any kind of unified direction."