The advent of the Trump era in U.S. politics has not translated into better sales for Trump Tower on Fifth Avenue 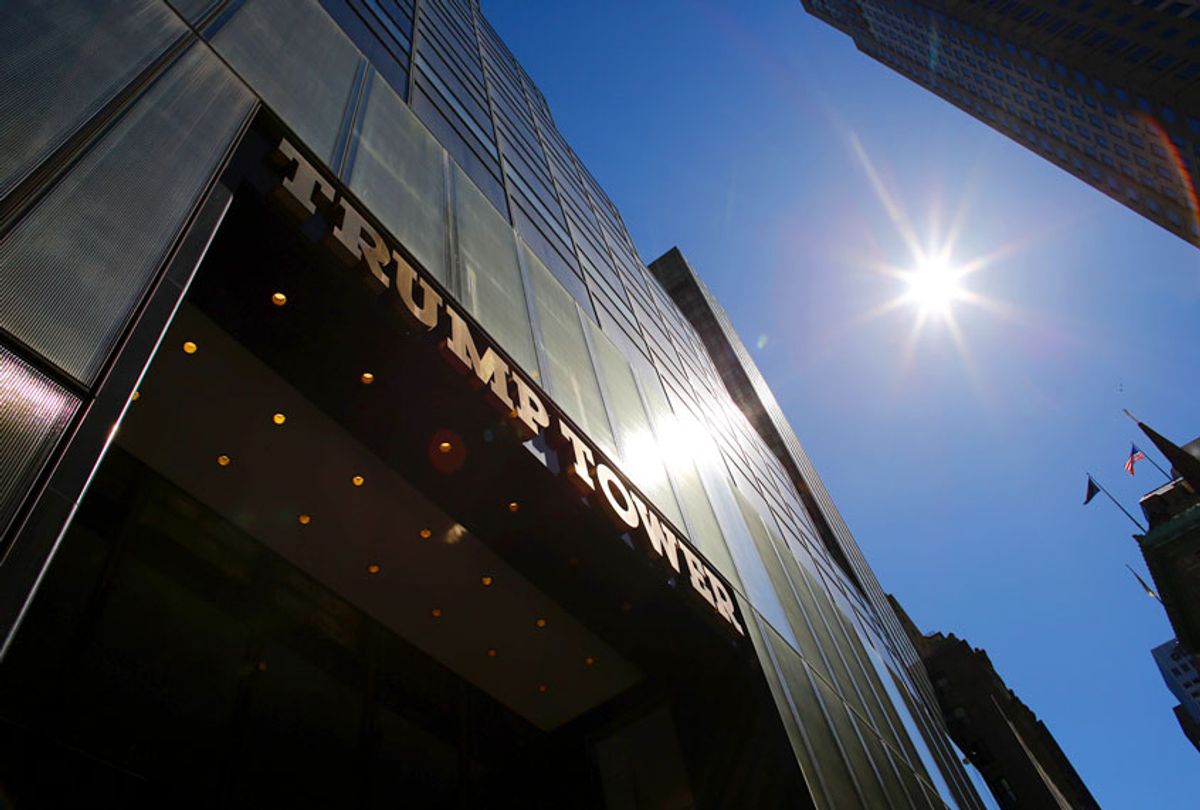 President Donald Trump may be residing in a coveted piece of American real estate — 1600 Pennsylvania Avenue — but the advent of the Trump era in U.S. politics has not translated into better sales for his namesake tower at another storied address — New York's Fifth Avenue .

This, at least, was the conclusion reached by Bloomberg in a Tuesday report declaring Trump Tower in New York to be "one of the least desirable luxury properties in Manhattan." The article describes how, after being adjusted for inflation, condominium sales within the building have registered a loss, sometimes in excess of 20 percent. This cannot be attributed to real estate trends, since only 0.23 percent of homes across Manhattan over the past two years have sold at a loss.

The publication also explains how the very image of Trump Tower in New York City has changed. It is now surrounded by concrete barriers; has two main entrances, which are partially blocked off; and has gone without major renovations or updates for years. The building's occupancy rate across the last seven years has reportedly fallen from 99 percent to 83 percent, meaning it now has roughly twice as high of a percentage of vacancies as the average for the island of Manhattan.

Bloomberg also called out other recent losses for Trump's business empire, including lowered attendance at his public golf course in New York; the failure of a mid-tier hotel chain that he and his family had planned; and the fact that some Trump-branded buildings have ceased using the president's name.

One particular vignette in the Bloomberg article highlights the degree to which Trump's political career has made life difficult for tenants of Trump Tower in New York:

Michael Sklar sold his parents’ 57th floor unit for $1.83 million in October after they spent $400,000 to remodel the property. His family purchased it for $1.4 million in 2004, which comes out to $1.84 million after adjusting for inflation.

“No one wants in that building,” Sklar said.

After Trump’s election, living in his tower became a hassle, Sklar said. His mother, who was battling cancer, took cabs to the building from the airport, and she used to be dropped off right in front of the entrance. After the election, security would force her cab driver to drop her off a few hundred feet from the front door, requiring a long and painful walk home.

“The name on the building became a problem,” Sklar said.

The New York-based Trump Tower has become something of a political landmark in recent years, particularly after it was revealed that the president's eldest son, Donald Trump Jr., his son-in-law Jared Kushner and his campaign chairman Paul Manafort had met with Kremlin-connected Russian lawyer Natalia V. Veselnitskaya there in June 2016. While the exact nature of the meeting remains unclear, emails reveal Don Jr. hoped to obtain "dirt" on Democratic presidential nominee Hillary Clinton from Veselnitskaya. However, the Trump administration has maintained that no collusion or illegal activities occurred during that June 2016 meeting.