Democracy's in real trouble — and the mainstream media's finally noticing

If you have to keep asking if we're in a constitutional crisis, it may be too late to stop one 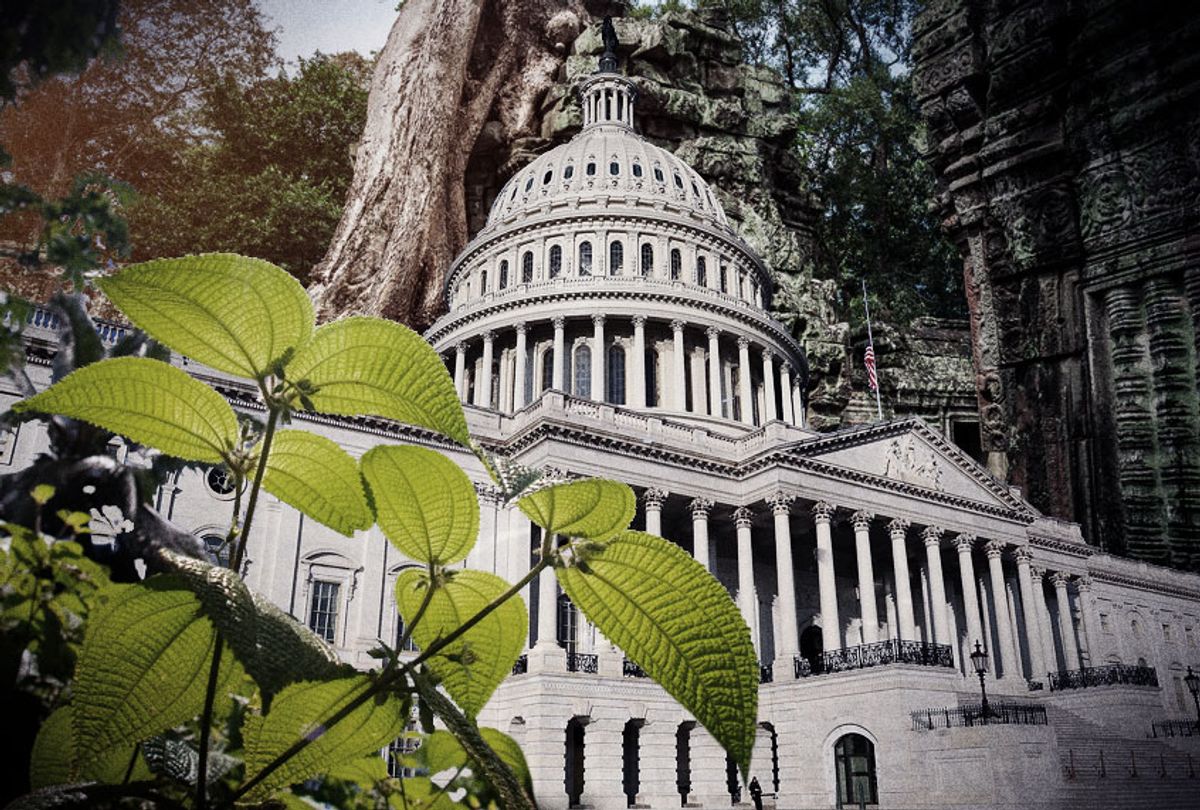 Democracy is in trouble, both as a guiding theory for human society and in practice. This really isn’t news: Over the course of the last decade, throughout the self-described democratic nations, a crisis has been spreading like a viral infection. This is clearly the most serious crisis democracy has faced since the end of the Cold War, and probably since World War II. It’s also categorically different from those historical examples because, to use an overused phrase, the call is coming from inside the house.

Nobody really knows what to do about this, but at least the world has finally noticed. Those of us who’ve been standing on the margins of mainstream discourse shouting about this, like fundamentalist preachers in a New Yorker cartoon, are no longer alone.

A Google search of news articles using the terms “democracy crisis” turns up any number of examples published in the last few weeks — in Vox and Slate and the Guardian, in academic journals, public opinion research and financial publications, in multiple foreign newspapers and even on Fox News. (That was only in a relatively straightforward news article quoting House Judiciary chair Jerry Nadler. Fox didn’t add “LOL” after the word “democracy,” but it really doesn’t have to.)

Much of this coverage, unsurprisingly, revolves around the current separation-of-powers stalemate between the Trump administration and the Democratic House majority, which has repeatedly been described as a “constitutional crisis.” CNN pundit Chris Cillizza, who can reliably be viewed as the dead center of media-class conventional wisdom, wrote a brief summary of this confrontation last week, ending with (for him) a notably dire conclusion: “None of what is happening right now in Washington will end well. None of it.” Thanks for clearing that up, Chris! We weren’t sure.

As Dahlia Lithwick of Slate explains in an excellent survey of whether this is or isn’t a constitutional crisis, nobody’s quite sure what those words mean. (That insight may indeed have larger application to the crisis of democracy.) If a constitutional crisis requires Bill Barr or Steve Mnuchin or someone else in the administration to overtly defy a court order, then we’re not there yet. On the other hand, if you have to keep asking the question — and parsing the term ever more finely — it may already be too late.

A constitutional crisis isn’t “something that happens at one point in time,” Caroline Fredrickson of the American Constitution Society for Law and Policy tells Lithwick, adding that “a series of injuries to the health of our democracy and rule of law” have caused lasting trauma. Ian Bassin of Project Democracy says the “true crisis” came on Inauguration Day, when Donald Trump “placed one hand on the Bible and crossed the fingers on his other behind his back. He swore to ‘take care that the laws be faithfully executed’ but never really intended to. And so, since that day, the president of the United States has been a walking constitutional crisis.”

I don’t mean to downplay the significance of Donald Trump, who will surely be remembered as a uniquely polarizing historical figure, but those comments point us toward a larger frame and a larger set of questions. Are the injuries to democracy that Fredrickson describes a localized phenomenon, specific to Trump and America, or a more general and global one that Trump has channeled and exploited?

I believe the answer to that question is obvious: Consider the tragic farce of Brexit, consider the “yellow vest” protests in Paris, consider the breakdown of normative party politics and the rise of right-wing nationalism clear across Europe and in many other places. But it remains a question our political and media elites struggle even to frame honestly, let alone to answer. When I recently asked Sen. Doug Jones, the Alabama Democrat who won that memorable 2017 special election, whether the world faced a “crisis of democratic legitimacy,” he seemed genuinely taken aback and rejected the idea out of hand.

Too many Americans clear across the political spectrum, I suspect, remain afflicted by what psychologist Elizabeth Mika has defined as “narcissistic blindness.” As she recently told Salon’s Paul Rosenberg, this is a pathological byproduct of American exceptionalism, our “conviction that It can't happen here because we are the beacon of democracy, we have our esteemed institutions, and other self-serving fairy tales reasserting American superiority and invincibility ... as if we were exempt from the universal laws governing humanity since time immemorial.”

Part of believing that “it can’t happen here” is a failure or unwillingness to perceive that what happens here is intimately connected to what happens elsewhere. America is not actually a shining city on a hill disconnected from the rest of human society, and our belief in our own specialness has become a damaging psychic disorder rather than a source of strength. This is now beginning to change, although maybe not fast enough.

Various reporters and commentators for mainstream publications have observed this week that it was, shall we say, striking that Trump entertained Hungarian President Viktor Orbán at the White House amid our kinda-sorta constitutional crisis. In Europe, Orbán is somewhere between a severe embarrassment and a total pariah. Although elected democratically (more or less) in the first instance, he has done everything possible to destroy Hungary’s democracy once in power, using the same anti-Semitic conspiracy theories about George Soros that are so popular on the American right as a pretext for cracking down on opposition press, universities and other zones of sedition and dissent.

Trump’s fanboy worship of autocrats and dictators is well established at this point; he doesn’t even pretend not to want the kind of pseudo-democratic one-party state presided over by the likes of Orbán or Vladimir Putin or Turkey’s Recep Tayyip Erdoğan. (Or, for that matter, the old-school l’état, c’est moi state of Kim Jong-un.) But when we view Trump as a blundering clown who has crapped all over the Resolute desk but will never possibly get the absolute power he craves, we make at least two different errors. First of all, we risk selling Trump short as a marketing genius and warper of reality, which recent history suggests is a really bad idea. More importantly, we fail to see the larger historical and political canvas, on which Trump is probably, or at least plausibly, a relatively minor figure.

These failures lead directly to Joe Biden derangement syndrome, which at least for the moment appears to have gripped a large proportion of likely Democratic voters. Maybe the former veep will end up as the Democratic nominee and then our next president; I claim no foreknowledge of such things. But Biden’s entire pitch to this point is based on the premise that Donald Trump was a weird mistake with no known causes and no actual history, “an aberrant moment in time” that can be rolled back onto the spool, returning us to “city on a hill” specialness and the onward-and-upward trajectory of democracy.

In an April 26 op-ed for the Washington Post, Frida Ghitis draws an explicit connection between Biden’s campaign and the global crisis of democracy, arguing that the 2020 presidential election will be “the key contest in a campaign to return the world to its democratic path.” On one hand, Ghitis notes that “democracy has been in retreat around the world for more than a decade … losing ground in countries where it was well established and in countries where it was just taking root.” On the other, she offers the peculiar view that a single showdown election between two white American men born in the 1940s will either reverse this trend or accelerate it.

Despite my earlier snark at Chris Cillizza, he comes closer to the mark in his CNN column, arguing that however the current Beltway battle of the branches unfolds, it “will further erode people’s confidence in our system of government and the people they have elected to represent them.” That’s the crisis of democracy in a nutshell. It isn’t failing because Donald Trump is a sadistic moron who praised the Charlottesville Nazis. It’s failing because large numbers of people believe it’s a cynical sham that doesn’t represent them or benefit them. That’s a bigger, deeper systemic problem that no one election and no single candidate can fix.