What is one possible side effect of the deployment? Aviation security could be weakened 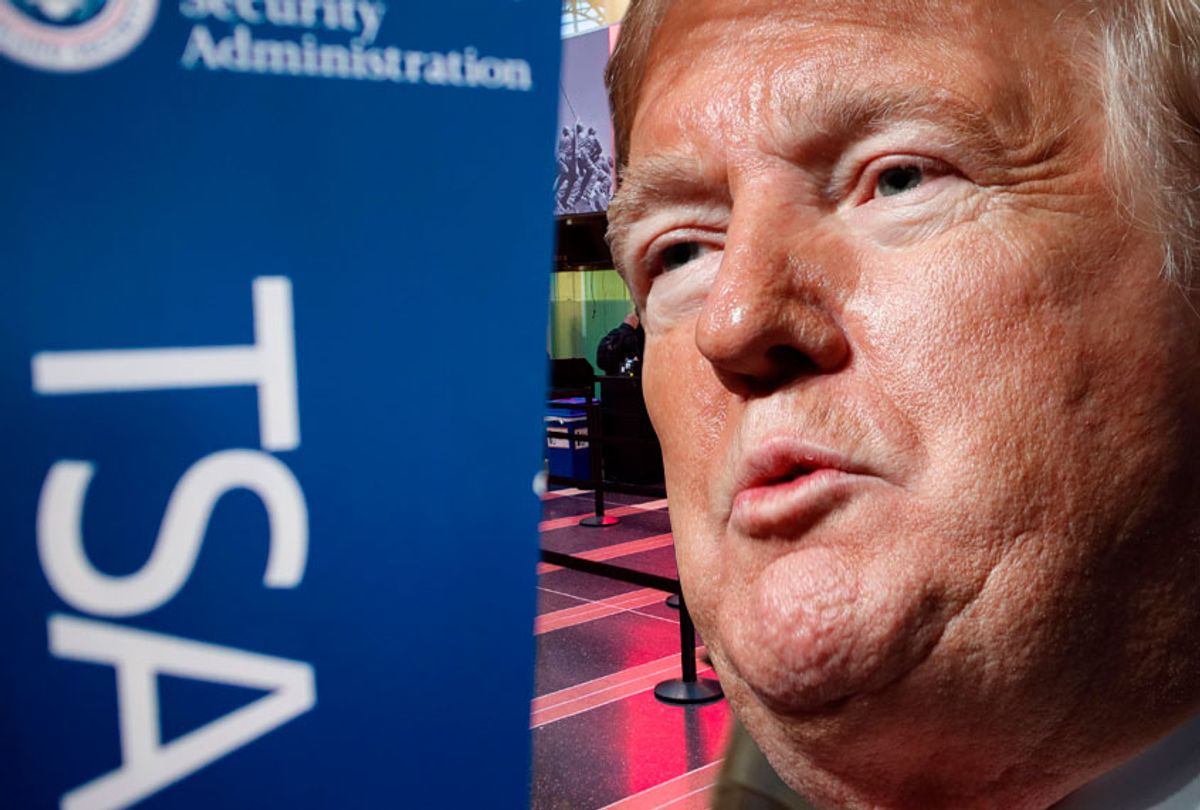 The Department of Homeland Security (DHS) will deploy hundreds of Transportation Safety Administration (TSA) officials to the U.S.-Mexico border as the Trump administration continues to prioritize its anti-immigrant policy agenda.

In conjunction with the start of the summer travel season, the TSA plans to send personnel to the southern border in an attempt to reduce the number of undocumented migrants who cross into the U.S., according to CNN. The TSA employees who will be sent to the border will reportedly include air marshals, up to 175 law enforcement officials and as many as "400 people from Security Ops." The group will not include uniformed airport screeners — at least not at first.

Gary Renfrow, a senior TSA official, wrote in an email to agency regional management that "there is now immediate need for more help from TSA at the SW border. TSA has committed to support with 400 people from Security Ops." According to Renfrow, these individuals will be sent out in waves "similar to support for past hurricanes." He also said there would be an "additional challenge" posed by the fact that "we are accepting some risk as we enter a very busy summer."

TSA spokesman James Gregory explained in a statement to Reuters that "TSA, like all DHS components, is supporting the DHS effort to address the humanitarian and security crisis at the southwest border. TSA is in the process of soliciting volunteers to support this effort while minimizing operational impact."

One possible side effect of the deployment of TSA officials to the border is that aviation security could be weakened. The internal email obtained by CNN regarding the new policy — and which partially formed the basis of its reporting — acknowledged this potential side effect. The "'immediate need' comes with the acceptance of 'some risk' of depleted resources in aviation security," CNN's  Rene Marsh and Gregory Wallace wrote.

Earlier this year, there was a spike in security incidents when fewer TSA personnel showed up to work during the longest federal government shutdown in history. As Salon reported in January:

A passenger forgot that the firearm was located in their carry-on luggage and informed the Transportation Security Administration once the error was discovered, according to CNN. Despite the fact that hundreds of TSA agents from at least four major airports have called in sick as a result of the shutdown, the TSA insisted that the shutdown had nothing to do with the security lapse.

"The perception that this might have occurred as a result of the partial government shutdown would be false," the TSA said in a statement. "The national unscheduled absence rate of TSA staff on Thursday, January 3, 2019, was 4.8% compared to 6.3% last year, Thursday, January 4, 2018. So in fact, the national call out rate was higher a year ago than this year on that date."

Despite these reassurances, it is worth noting that the TSA experienced more than twice the rate of unscheduled absences that it did one year ago — the rate was 3.2 percent one year ago, on Jan. 15, 2018, compared to 7.6 percent on Monday, according to a tweet by Michael Bilello, TSA's assistant administrator for public affairs. Bilello's full tweet read, "This morning, TSA experienced a national rate of 7.6 percent unscheduled absences compared to a 3.2 percent rate one year ago, Monday, January 15, 2018. Most importantly, security standards remain uncompromised at our nation’s airports."

In another tweet, Bilello insisted that "security standards will NOT and have NOT been compromised."