Is guaranteed income the answer to inequality? 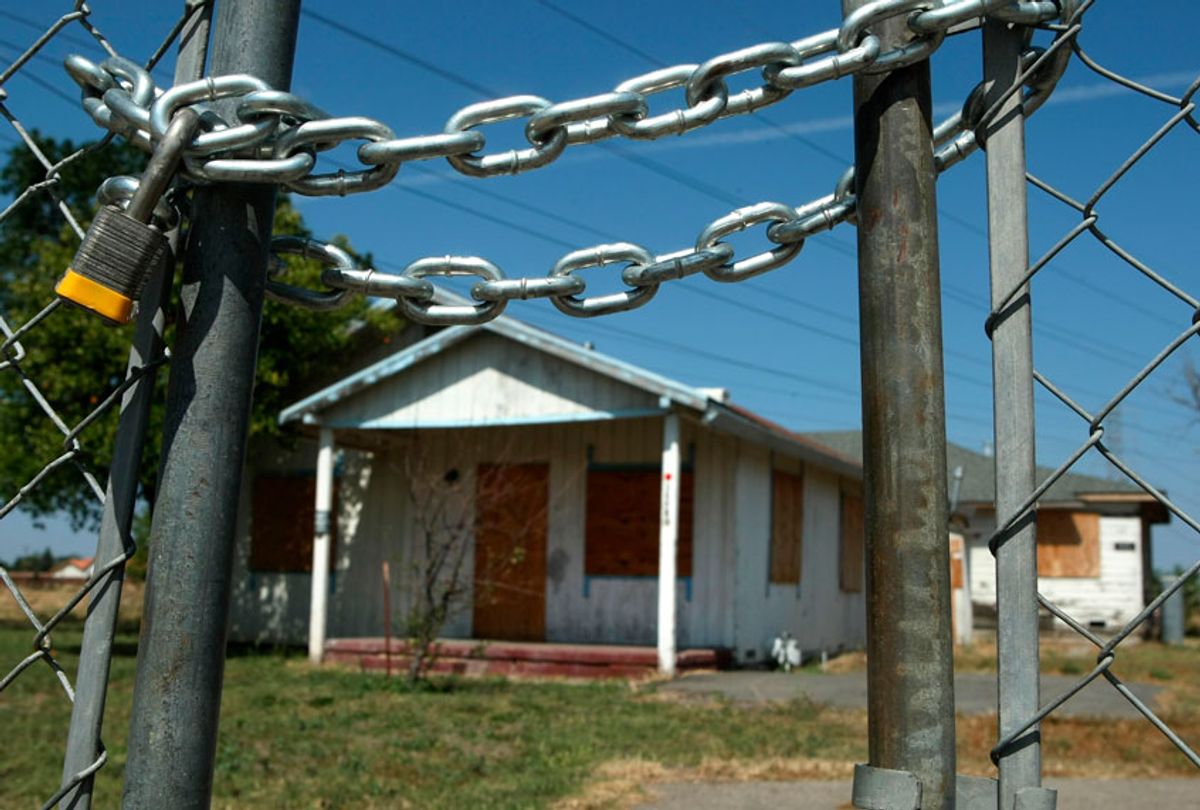 At a glance, the American economy is doing pretty well. Unemployment has hit a record low. The stock market just hit a record high. Millions of people are finding work in the "gig economy."

But this rosy picture isn’t telling the whole story. It ignores the many women and men who are working one, two, or more jobs, and still struggling to make ends meet. The middle class is shrinking, the wealth gap is growing, and most Americans don’t have an extra $500 laying around to cover an emergency bill.

You’ll find plenty of evidence of this side of the economy in Stockton, California. It’s just an hour and change drive from Silicon Valley, but essentially none of tech’s wealth has made its way to the city of 300,000. Stockton has had the dubious honors of being the foreclosure capital of America, the largest city to seek bankruptcy protection, and can often be found on lists of the worst and most dangerous cities in the United States. One in four Stocktonians lives below the poverty line. The time has come to try something radical.

Michael Tubbs grew up in Stockton. He’s the child of a single mom, he’s African American, and his dad has been incarcerated since he was born. He knows about poverty.

When 26-year-old Tubbs became mayor of Stockton in 2017, after completing a BA and MA from Stanford and an internship in Obama’s White House, he wanted to do something about it. He was actively searching for ideas to “reinvent Stockton,” and told his staff that “crazy ideas are welcome.”

Mayor Tubbs found his crazy idea through Natalie Foster, whom he’d met back in D.C. during the Obama days. She had since founded the Economic Security Project, an organization that promotes the idea of guaranteed income. Originally inspired by Dr. Martin Luther King’s writings on the subject, Foster had spent the last few years amassing research on how simply handing out no-strings-attached money can make a real difference for those living in poverty.

“With 40 million people living in poverty, we have problems that have not been answered with solutions that match the size of the problem. So that’s what I set out to do,” said Foster.

Tubbs liked what he heard and now, for the very first time, a city in the United States of America is going for it. Stockton is going to just give people money. $500 a month. It’s not enough to live on. Nobody is going to quit their day job. But it just might make things a bit easier on a day-to-day basis.

“Every gain we've made around the economy in this country were once seen as crazy ideas, whether it's Social Security or even something as fundamental as abolishing slavery,” said Tubbs.

They’re calling it the Stockton Economic Empowerment Demonstration, or SEED. Here’s how it works: The first payment went out in February 2019 to 125 families in Stockton on a prepaid debit card. That same card refills with $500 each month for 18 months. The money is 100% unconditional, and is going to a diverse group of residents selected at random, including retired couples, single mothers, and recent college graduates.

How are they going to use it?

“For my life, just my bare necessities,” said one resident.

“I wouldn't have to worry as much as I can now. Especially with my diabetes, all that stress is not good,” said another.

One woman said she knows that when she transitions off of food stamps, she will still be able to feed her kids.

Women, who shoulder most of domestic and caregiving responsibilities, will particularly benefit from extra money. Foster says there is a feminist argument for guaranteed income. For generations women have done unpaid work, contributing immensely to our economy, but not being compensated for it. “If there was a monthly income floor that everyone received, it would mean that women can make the types of choices around work that they want to make and could still survive.”

And as Dr. Amy Castro Baker, one of the researchers from University of Pennsylvania studying the outcomes of SEED told me, “you can take one, two, three even four years of chronic stress around income and money and it's not going to show up in the body. But once you hit that five-year mark it starts to show up as a social determinant of health in pretty frightening ways particularly for working class women . . . the economy shows up under the skin.”

Hear more about this radical experiment to combat poverty, and the chronic, and destructive stress, that accompanies it, on the latest episode of “Inflection Point.” And when you’re done, check out The Inflection Point Society, our Facebook group of everyday activists who seek to make extraordinary change through small, daily actions.