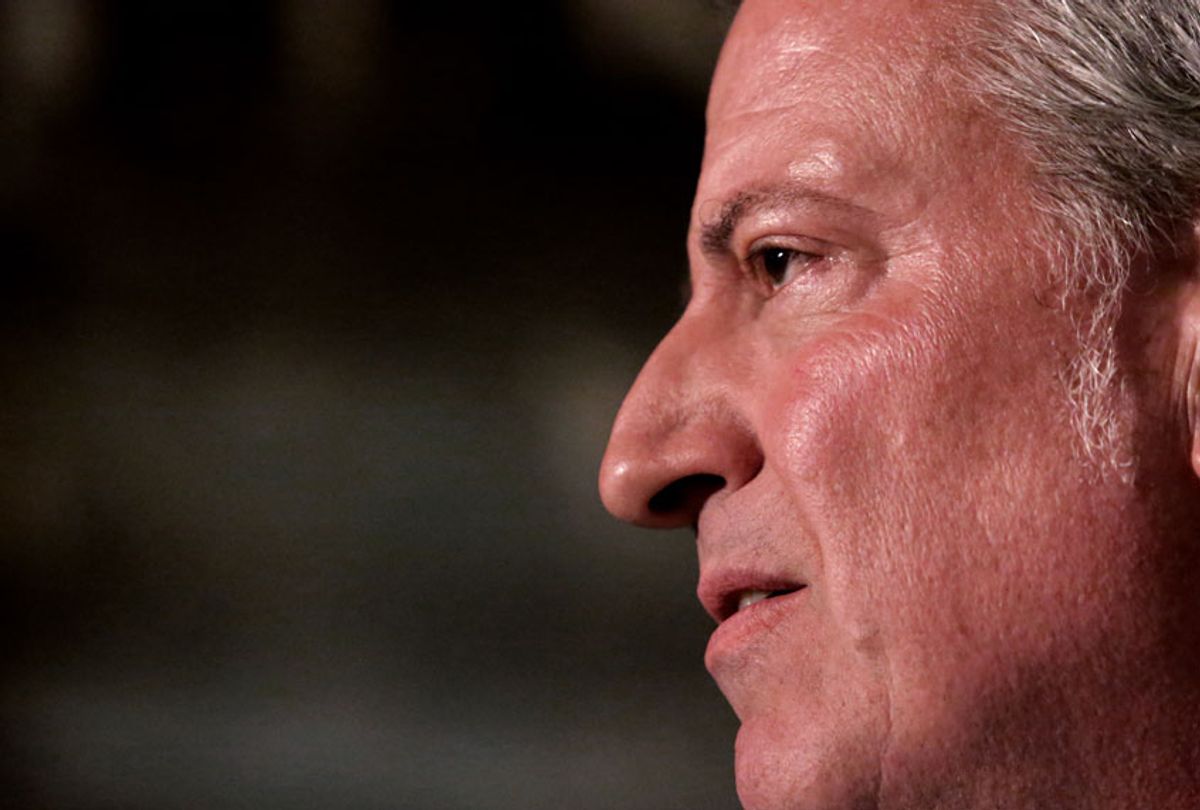 New York City Mayor Bill de Blasio is facing backlash from the New York Police Department — and from New Yorkers in general — as he launches his 2020 presidential bid.

"It is laughable that a mayor who has shown no interest in running New York City for six years now says he wants to mismanage the entire country," the Police Benevolent Association of the City of New York said in a statement published Thursday by Axios. "While the mayor of our nation’s largest city is busy running around Iowa and getting upstaged by the mayor of South Bend, Indiana, there are real problems here at home. New York City Police officers are continuing to suffer with wages 30 percent below market rate, because the mayor has totally checked out of our contact process."

The statement added, "After six years of disrespect for the police officers who keep our city safe, it's perfectly clear how the mayor treats men and women in uniform. As commander-in-chief, he would be an unmitigated disaster."

New Yorkers also made their dissatisfaction with de Blasio known during his appearance on "Good Morning America" on Thursday. As the New York City mayor discussed his campaign with the show's hosts, protesters outside the studio could be heard chanting "liar" and blowing whistles to express their disdain for him, according to ABC News.

There were also protests as de Blasio held an event at Trump Tower earlier this week to announce he was imposing stiff fines on New York City properties that emit excessive amounts of greenhouse gases, including the eight buildings owned by the Trump Organization in New York City. When he was asked if he was concerned that the protests that occurred during his event were an ominous sign for his anticipated presidential campaign, de Blasio said, "It means we're doing something important here in New York Cit, if all these people who support president Trump are opposing what we're doing. We must be doing something right."

But there could also be a reason to believe the protests reflect a deeper dissatisfaction with de Blasio's administration. A Quinnipiac University poll released last month revealed that 76 percent of New York City's registered voters do not want him to run for president, with 47 percent saying that it would be bad for the city if he did, according to The Wall Street Journal. This view is held among New Yorkers regardless of party affiliation, gender, race, age and geography, with one polling analyst remarking that dislike of the idea of de Blasio running for president "is prompting a rare moment of unity among New Yorkers."

In the video announcing his presidential campaign, de Blasio said that "there's plenty of money in this world. There's plenty of money in this country. It's just in the wrong hands." He also characterized himself as a candidate who can successfully compete with President Donald Trump, arguing that "I'm a New Yorker. I've known Trump's a bully for a long time. This is not news to me — or anyone else here — and I know how to take him on."