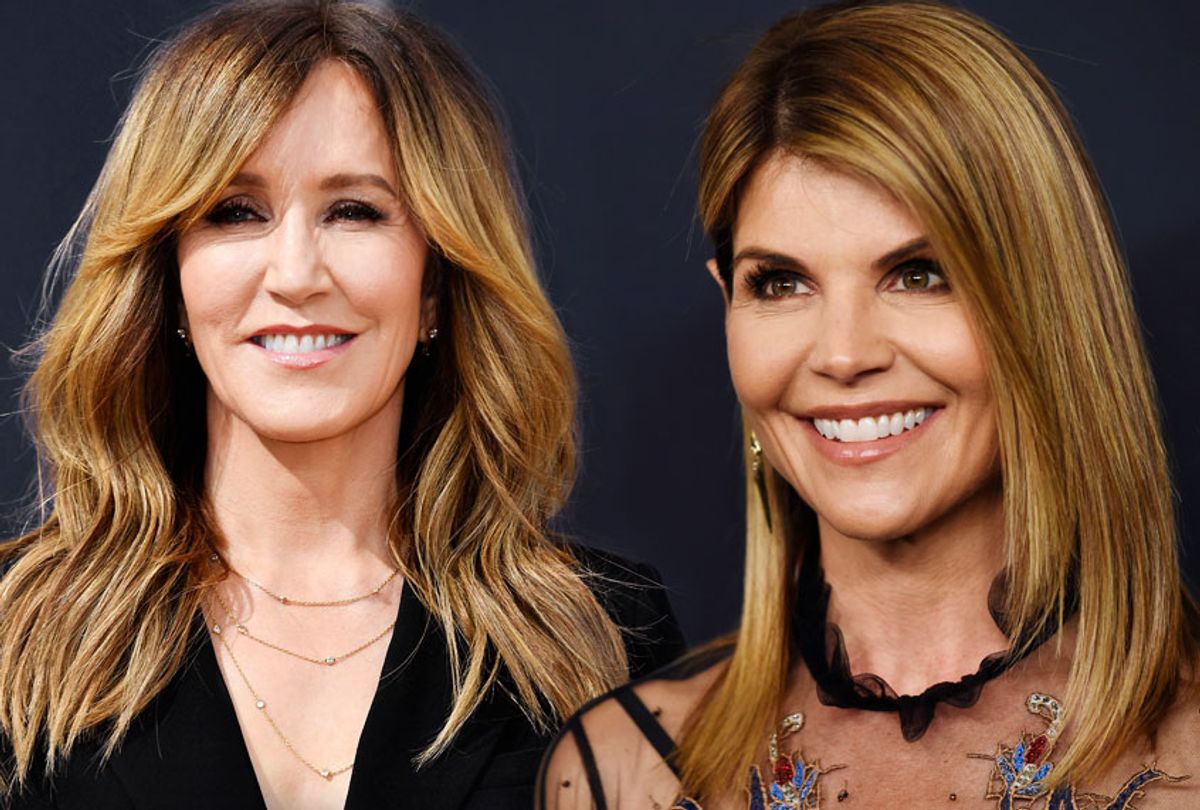 Many have been shocked or disgusted to see a parade of privileged U.S. parents face charges after an alleged $20 million in bribes was paid between 2011 and 2018 by people seeking to cheat the normal college admissions process.

Admissions consultant William Singer is alleged to have helped his clients game the admissions system, including advising parents to get medical documentation stating their child had a learning disability, which can give students more time on tests or allow test-taking without regular supervision.

Since at least the mid-1990s, after groundbreaking anti-discrimination laws were introduced in the U.S., both journalistic investigation and academic research has examined signs that some people exploit accommodations designed for invisible disability diagnoses (such as learning disabilities or ADHD) to gain advantage.

As a researcher, I’ve studied clinician bias and issues that interfere with accurate diagnosis of ADHD and learning disabilities.

I also work as a clinician at an assessment centre that helps students with learning disabilities transition to and succeed in post-secondary education.

This pattern is repeated throughout the U.S.: high parental income correlates with high rates of learning disability diagnosis and associated academic accommodations. These discrepancies don’t prove fraudulent diagnoses, but they do raise questions regarding why higher rates of learning disability diagnoses are associated with financial privilege whereas rates of physical disabilities show no such association.

According to a The New York Times report, Singer allegedly told one client that for $4,000 or $5,000 he could get a psychologist to write a report stating the client’s daughter “had disabilities and required special accommodations.”

This suggests psychologists were available who could either produce diagnoses on demand or who could be duped.

Honest psychologists can be fooled. Clinicians are generally inclined to regard their clients as honest. Some research suggests that someone who reads slowly or with difficulty, or seems to have problems processing information will often capture a disability diagnosis and get awarded the extra test-taking time that goes with it.

When is a fair accommodation fair?

Accommodations at the post-secondary level are supposed to ensure that those with disabilities have an equal opportunity to participate; they ensure access, not success.

In the case of physical disabilities, the principle of equal opportunity is easier to grasp. For example, having an exam provided in braille means a student who is blind can read the questions. Such an accommodation would confer no advantage to those who can see: if a person pretended to be blind and accessed a braille exam, there’s no benefit.

But, in fact, research has suggested giving more than 25 per cent extra time provides a competitive advantage to reading disabled students relative to their university peers, and extra time in general helps all students including those with ADHD.

Singer allegedly told a client “wealthy families…figured out that if I get my kid tested and they get extended time, they can do better on the test. So most of these kids don’t even have issues, but they’re getting time.” For those feigning a disability, any amount of extra time gives a leg up on peers.

To my knowledge, no comprehensive research exists about the prevalence of gaming disability accommodations in Canadian universities.

But suggesting there is less opportunity to game the Canadian system misses something: the possibility of students with no learning issues using disabilities accommodations to gain extra test time in courses before applying to highly competitive undergraduate or graduate programs, or before writing standardized tests like the Law School Admissions Test (LSAT).

In one study of 144 cases of post-secondary students undergoing testing for learning disabilities or ADHD, my colleagues and I found definitive evidence that 15 per cent were feigning or exaggerating. That percentage is a bit higher than the estimated range suggested in a survey of disability services personnel at 122 Canadian post-secondary institutions: the majority (90 per cent) reported they suspected fewer than 10 per cent of students to be feigning disabilities; however, a sizeable minority (10 per cent) of respondents suspected that between 10 – 25 per cent of students receiving accommodations were not genuine.

Respondents felt learning disabilities and ADHD were the most vulnerable to feigning, followed by psychiatric disorders. A sizeable number also believed parents were diagnosis shopping to get the diagnosis they wanted for their child.

Certainly, it’s understandable that in the face of unexpected learning struggles students (or their parents) would search for answers. But why might students or parents intentionally exploit a diagnosis? The rewards at the post-secondary level include not only more time on tests, but also memory aids for exams, a government bursary to purchase a new laptop or financial supports and government-funded disability bursaries.

Even when students are being honest, many studies show that clinicians have a diagnostic bias: for example, a survey of 119 clinicians who authored learning disability or ADHD-specific documentation submitted by students seeking academic accommodations at Canadian universities found 55 per cent of clinicians already believe that the purpose of an evaluation is to help secure accommodations for their clients. This same study found that 14 per cent of psychologists admitted that they would lie (or at least bend the rules) in order to obtain accommodations for their clients.

We need to find a way to ensure equal access for students with genuine disabilities while de-incentivizing false disability diagnoses among post-secondary students. This means rethinking how we evaluate students.

Let’s start by getting rid of time as a test-taking variable. Let’s also give all students use of word processors when writing essay-type tests.

The U.S. College admissions scandal has shown that accommodations for invisible disabilities are set up in a way that could allow non-disabled people to exploit such diagnoses for a perceived benefit. This is not what disability accommodation was supposed to do.