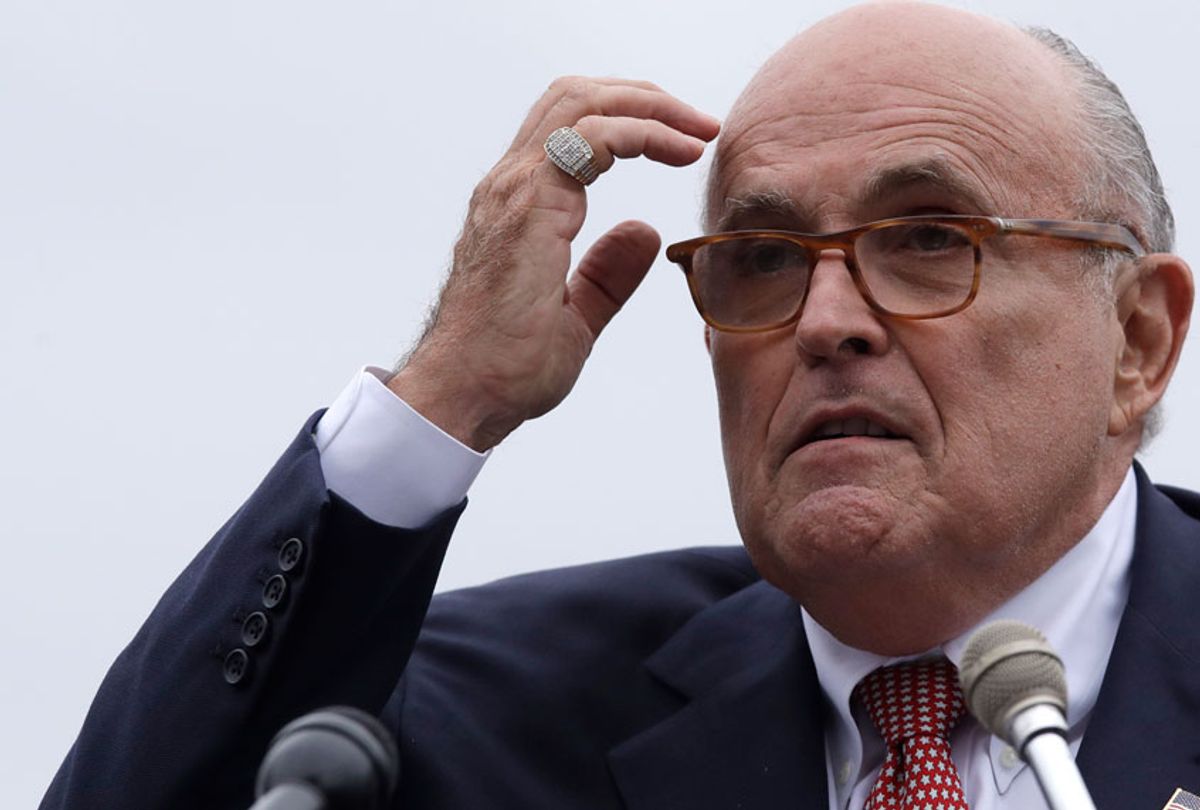 Rudy Giuliani, the personal attorney for President Donald Trump, has been promoting conspiracy theories about former Vice President Joe Biden’s efforts to remove a Ukrainian prosecutor in 2016. He has alleged, with no evidence, that Biden did it to protect his son, Hunter, who was supposedly under investigation in Ukraine as part of a probe into the company Burisma, whose board he sat on.

Giuliani had said he was going to Kiev, where he would be “meddling in an investigation” — an investigation he clearly hoped would hurt Biden, a potential 2020 opponent of Trump.

"I’m asking them to do an investigation that they’re doing already and that other people are telling them to stop,” Guiliani told the Times. He later said he wouldn’t be going after all, in light of a public backlash to his plans.

But on Thursday, Yuriy Lutsenko, Ukraine’s prosecutor general, pushed back on the claims about Joe and Hunter Biden, Bloomberg reported. He said neither Hunter nor Burisma are currently suspected of wrongdoing in Ukraine, though he would pass along Hunter’s income records to the U.S. Justice Department to confirm that he paid all appropriate American taxes.

“Hunter Biden did not violate any Ukrainian laws — at least as of now, we do not see any wrongdoing,” he said. And the investigation of Hunter that the former vice president supposedly sought to quash by ousting a former prosecutor was already “dormant” at for more than a year before the prosecutor in question resigned, Bloomberg has reported. This suggests that there would have been little reason for Biden to try to go after the prosecutor.

These claims surely won’t deter Giuliani. He is alleging that there is “one large conspiracy that has about two or three parts to it,” though his claims are vague and unclear.