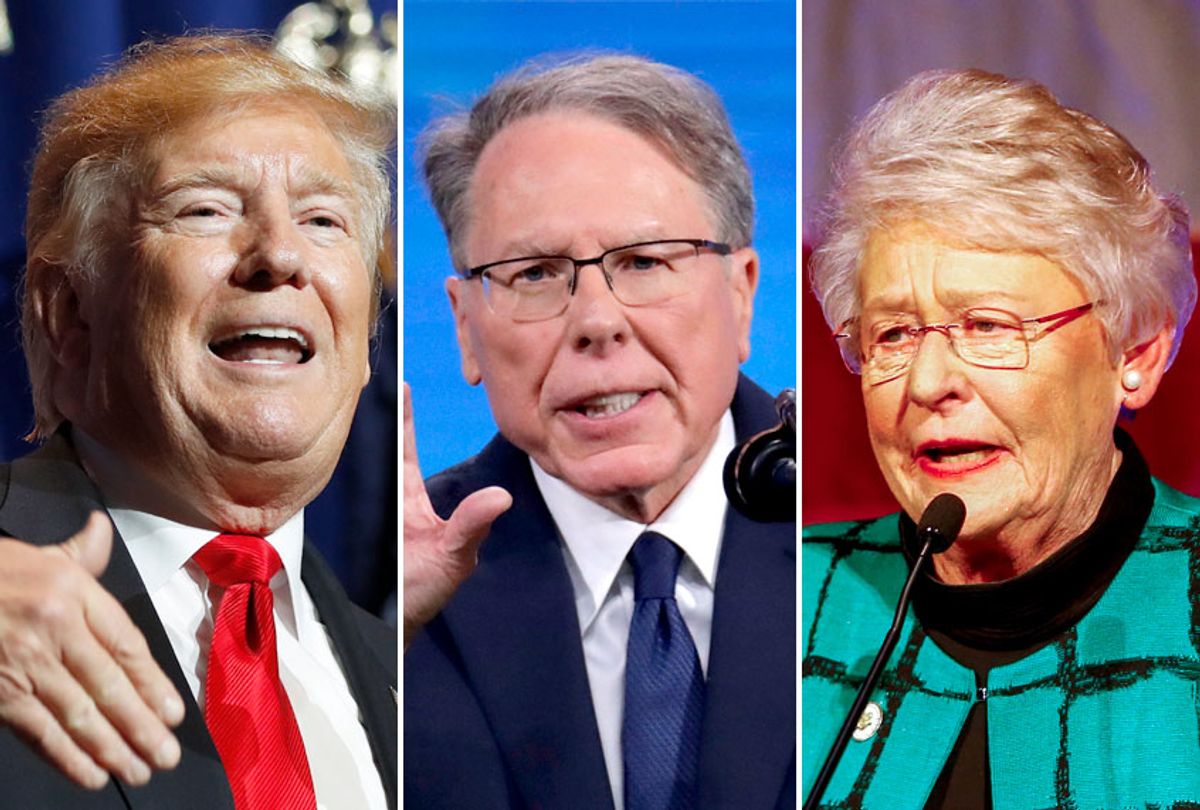 You want to know a heartbeat that can’t be detected anymore? Kendrick Castillo’s. He was the 18-year-old high school student in Highlands Ranch, Colorado who was killed on May 7 as he attempted to subdue a shooter who shot him and wounded eight others. Highlands Ranch, a suburb of Denver, is only 19 miles from Columbine, Colorado, another Denver suburb where 20 years ago, the clarion call of the automatic weapon age of  school shootings grabbed the attention of Americans when two shooters killed 12 students and one teacher and wounded 21 others before killing themselves.

That’s just school shootings. You want some other heartbeats that can’t be detected anymore? How about the 58 killed in October of 2017 when a heavily armed lunatic named Stephen Paddock opened fire on a crowd gathered for a concert from a window in the Mandalay Casino Hotel in Las Vegas, Nevada. Or how about the eleven worshipers who were killed at the Tree of Life Tabernacle just about exactly a year later in Pittsburgh, Pennsylvania when a white supremacist named Robert Gregory Bowers walked in and opened fire.

And that’s just mass shootings. About 35,000 heartbeats can’t be detected every year when they are stopped by gunfire. That’s about 100 people a day who are killed with guns. About 20,000 of them commit suicide. Another 12,000 are killed in homicides, murdered by relatives, or loved ones, or strangers. About 500 are killed every year in firearms accidents, that’s 500 heartbeats ended because somebody picked up a gun and accidentally discharged it. Several years ago, a two-year-old pulled a gun out of a special “concealed carry” compartment in his mother’s purse and shot his own mother in the head while they were shopping at a Walmart. Her heartbeat can’t be detected anymore, because she’s dead.

You know why I’m talking about all of these silenced heartbeats, don’t you? Because seven states have passed so-called “fetal heartbeat” bills, outlawing abortions after the heartbeat of a fetus can be detected by ultrasound or another specialized test. The most extreme of these bills was signed into law in Alabama this week. The Alabama law doesn’t even require the detection of a fetal heartbeat. It just bans all abortions, leaving no exceptions for rape or incest.

"Today, I signed into law the Alabama Human Life Protection Act," Alabama Governor Kay Ivey wrote in a statement after signing the law on Wednesday night. "To the bill's many supporters, this legislation stands as a powerful testament to Alabamians' deeply held belief that every life is precious & that every life is a sacred gift from God."

The “Alabama Human Life Protection Act” didn’t do much to protect Alexander Gunn Jr., age 23, who was shot to death in Birmingham outside of the Village Market at 8:40 p.m, on Thursday night, about 24 hours after Ivey signed the law. Nor did it protect Sanquez Derico Recarlos Morgan, age 20, who was shot only two hours later as he walked down East 41st Street in Birmingham. He was taken to the University of Alabama Birmingham Hospital Trauma Center, where his heartbeat could not be detected, and he was pronounced dead at 10:50 p.m. Gunn and Morgan are Birmingham’s 41st and 42nd homicides this year, according to a report in Al.com.

On March 22, Mississippi Governor Phil Bryant signed a bill banning all abortions when after a doctor can detect the heartbeat of a fetus by ultrasound, with exceptions only when the woman’s health is in “extreme risk,” according to the Washington Post. There are no exceptions for rape or incest. “We will all answer to the good Lord one day,” Bryant tweeted before signing the bill. “I will say in this instance, ‘I fought for the lives of innocent babies, even under threat of legal action.’”

Governor Bryant wasn’t around to fight to the life of 34-year-old Jackson, Mississippi resident Bobby Ward on Thursday night when he was shot three times at his home on the 300 block of Millsaps Avenue. “I don’t know what happened, but all this senseless killing it should be cut out,” Doris Ward, a relative of Bobby Ward told a reporter for WLBT News later the same night. Bobby Ward was shot three times, and his heartbeat could not be detected when he was transported to a local hospital. He was declared dead. Bobby Ward is Jackson’s 40th homicide this year, according to WLBT.

The Republican Party has the Democrats on the defensive, calling them “the party of death,” according to a report this week in The New York Times.

Tell that to Kendrick Castillo, Alexander Dunn, Sanquez Morgan, and Bobby Ward. They had brothers and sister, moms and dads, friends and schoolmates.  They were looking forward to college, or had jobs, or were just innocently walking down the street at eight o’clock at night.The Republican Party and its standard bearer in the White House have stood by while the bodies pile up in the schools, houses of worship, and on the streets of America. Trump and his party have opposed every attempt on both national and state levels to pass sane laws on gun safety, large capacity magazines, even background checks, which are supported by a huge majorities every time a poll is taken.

The party of death couldn’t give a damn how many guns are out there on the street killing over 100 people a day, but don’t worry, they’re listening for fetal heartbeats in seven states and counting.